A relegation battle in La Liga is heating up as Getafe and Espanyol face each other in a bottom-half clash at the Coliseum Alfonso Perez.

Getafe’s bid to survive another season-long dogfight against the drop took another blow last weekend as fellow relegation rivals Sevilla ousted them 2-1, inflicting a second defeat on Los Azulones in three La Liga matches (W1). Stuck only two points clear of 18th-placed Cadiz, Getafe must be relieved for returning home, where they’ve not lost any of their last three league outings (W1, D2), keeping two clean sheets in the process. Adding to the hosts’ confidence, they’ve gone unbeaten in their seven previous home meetings with Espanyol in La Liga (W5, D2), including a 2-1 triumph in this corresponding fixture in 2021/22. Quique Sanchez Flores’ men have shown two attacking faces this season, scoring 2+ goals in four of their eight home league games while drawing a blank in the other four.

On the other hand, visiting Espanyol held fierce cross-town rivals Barcelona to a heroic 1-1 draw on their most recent La Liga trip but failed to beat bottom-half Girona at home last time out (2-2). Despite going winless in seven consecutive league matches (D5, L2) since a 1-0 home triumph over Real Valladolid in mid-October, Los Periquitos still lag only one point behind safety. However, they’re steadily building a reputation as ‘stalemate kings,’ with a league-high eight of their 16 La Liga contests this season yielding a draw (W2, L6). Having won just one of their opening eight away league games (D5, L2), Diego Martinez’s side wouldn’t mind another share of the spoils. 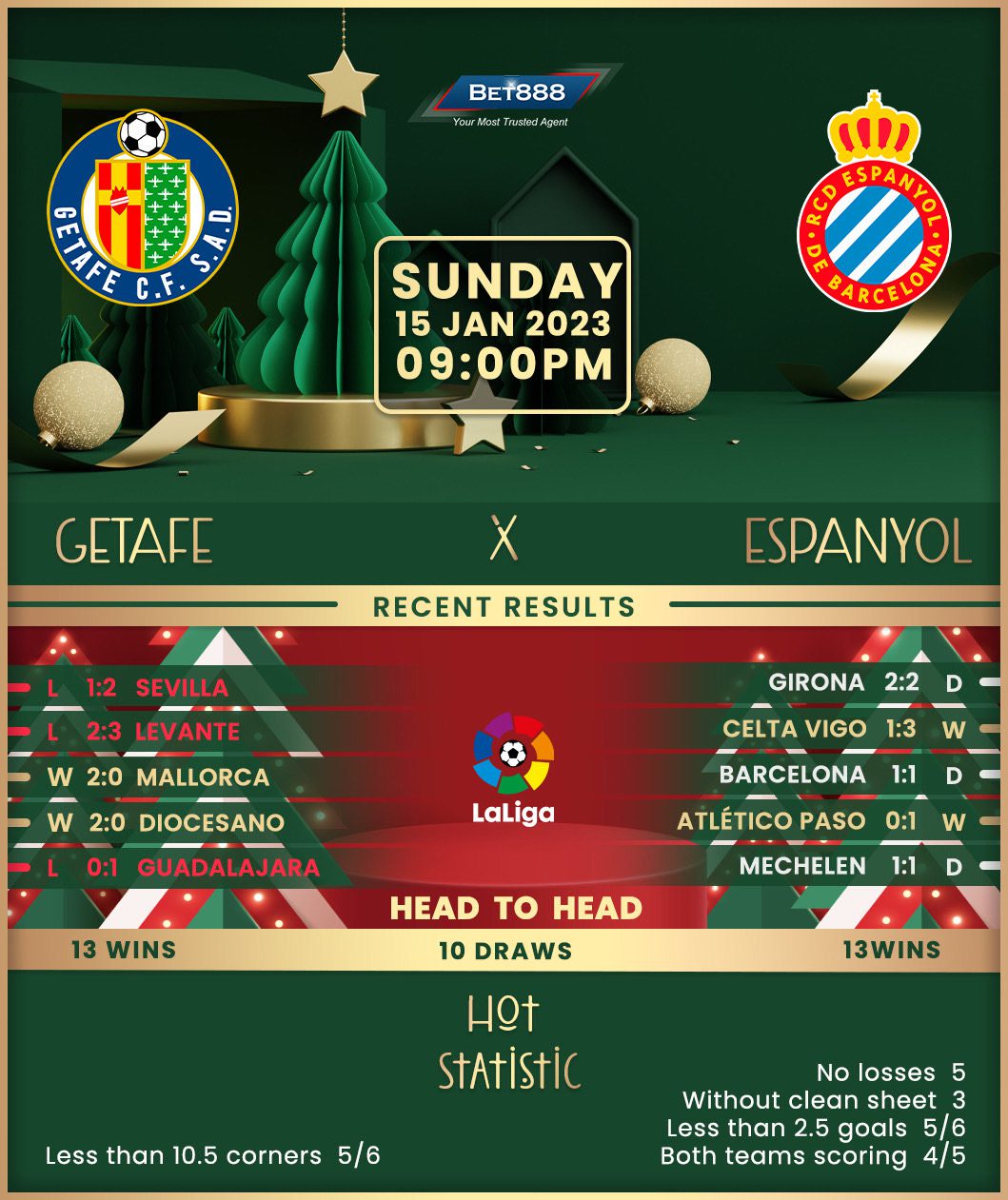