Zhejiang Professional and Guangzhou City are set to trade tackles at the Huizhou Olympic Stadium in the Chinese FA Cup round of 16.

Zhejiang Professional ousted Dalian Pro 1-0 in the previous FA Cup knockout tie, which at the time formed part of an outrageous six-game winning streak in domestic football. That run ended abruptly in the lead-up to this fixture as Zhejiang spurned a 1-0 halftime lead in a disappointing 1-1 home draw against Chengdu Rongcheng in the Chinese Super League. However, the ‘Green Giants’ come into this meeting on an eye-catching run of nine competitive matches without losing (W7, D2). Hot favorites to progress into the next FA Cup round, Jordi Vinyals’ men haven’t lost any of their last five home outings (W3, D2). However, before taking Guangzhou down 2-0 in their most recent home H2H, they had lost three successive such match-ups beforehand.

In the meantime, visiting Guangzhou City squeezed past lower-division outfit Xian Ronghai in the previous FA Cup round but have since hit a rough patch. The visitors will take the field amid an abysmal six-game winless streak, though it’s worth noting they’ve drawn their last two competitive fixtures following four defeats in a row beforehand. Scoring has been a massive problem for the ‘Blue Lions,’ as they’ve netted one goal or fewer in each of their last ten outings in all competitions. Indeed, Li Weifeng’s lads have drawn a blank on three consecutive road trips ahead of this encounter, casting doubt on their ability to fashion a genuine quarter-final challenge. 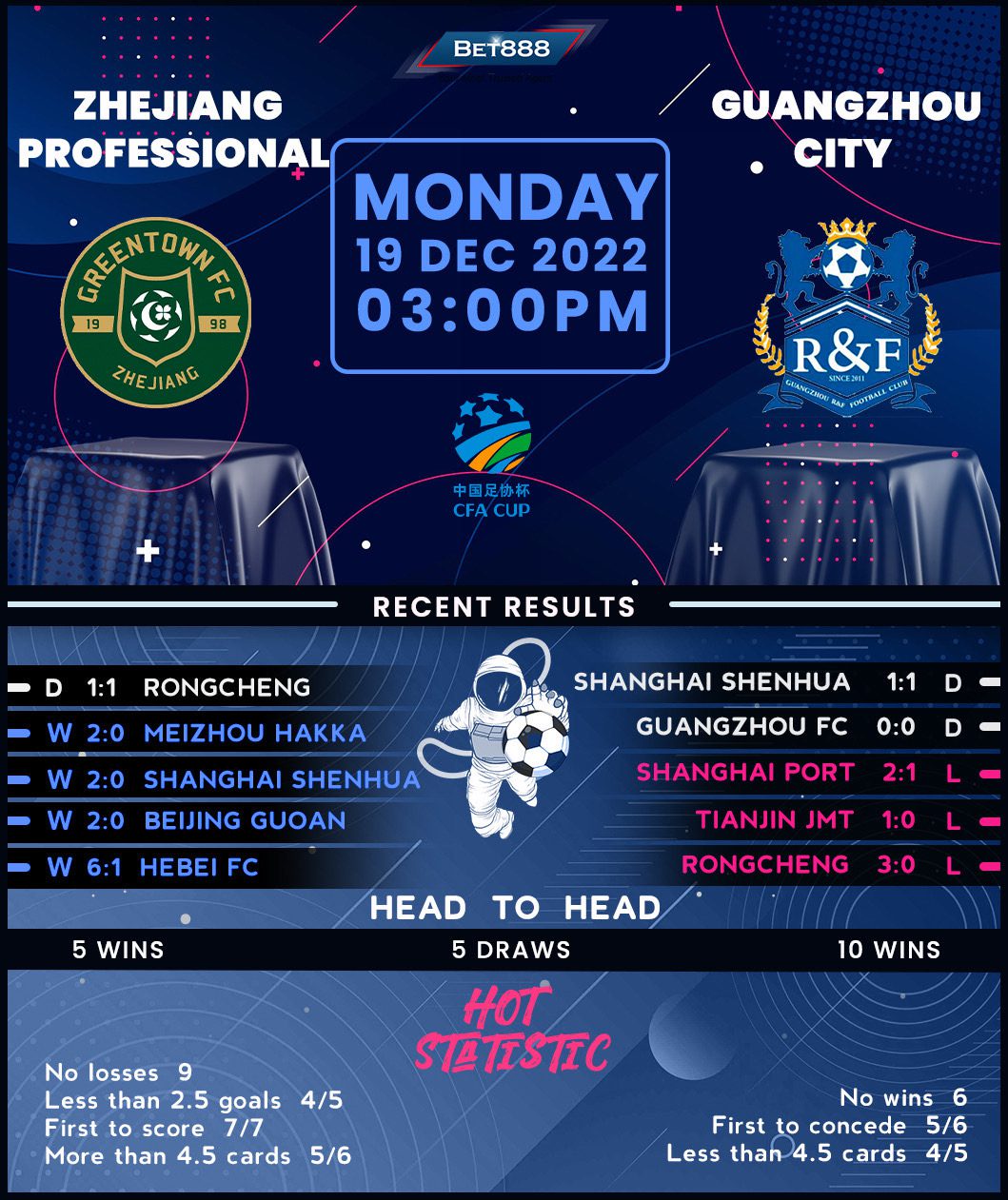