After winning back-to-back league games by a two-goal margin each, Zhejiang Professional have gone winless in the last two (D1, L1), both of which featured under 2.5 goals. Jordi Vinyals’ men will be keen to get back to winning ways, but their indifferent three-game home record in this Super League season (W1, D1, L1) looks uninspiring. Low scoring has been a common theme in Zhejiang’s home league fixtures this term, as all three have contained less than three goals. Another cagey affair could be on the cards, considering their last six league meetings with Dalian Pro have produced under 2.5 goals, with four yielding an identical 1-1 scoreline.

On the other hand, Dalian Pro have bounced back from a run of two consecutive top-flight defeats to go unbeaten in back-to-back league matches in the build-up to this trip (W1, D1). More importantly, they have bagged 2+ goals in their last two league outings after drawing a blank in the previous two. Dalian’s overwhelming 3-0 victory at dead-last Guangzhou City on their most recent Super League travel halted their frustrating streak of six winless away league fixtures, last season included (D3, L3). It also marked their first clean sheet in eight Super League games on hostile turf as they aim to make it two on the trot for the first time since August/September 2020. 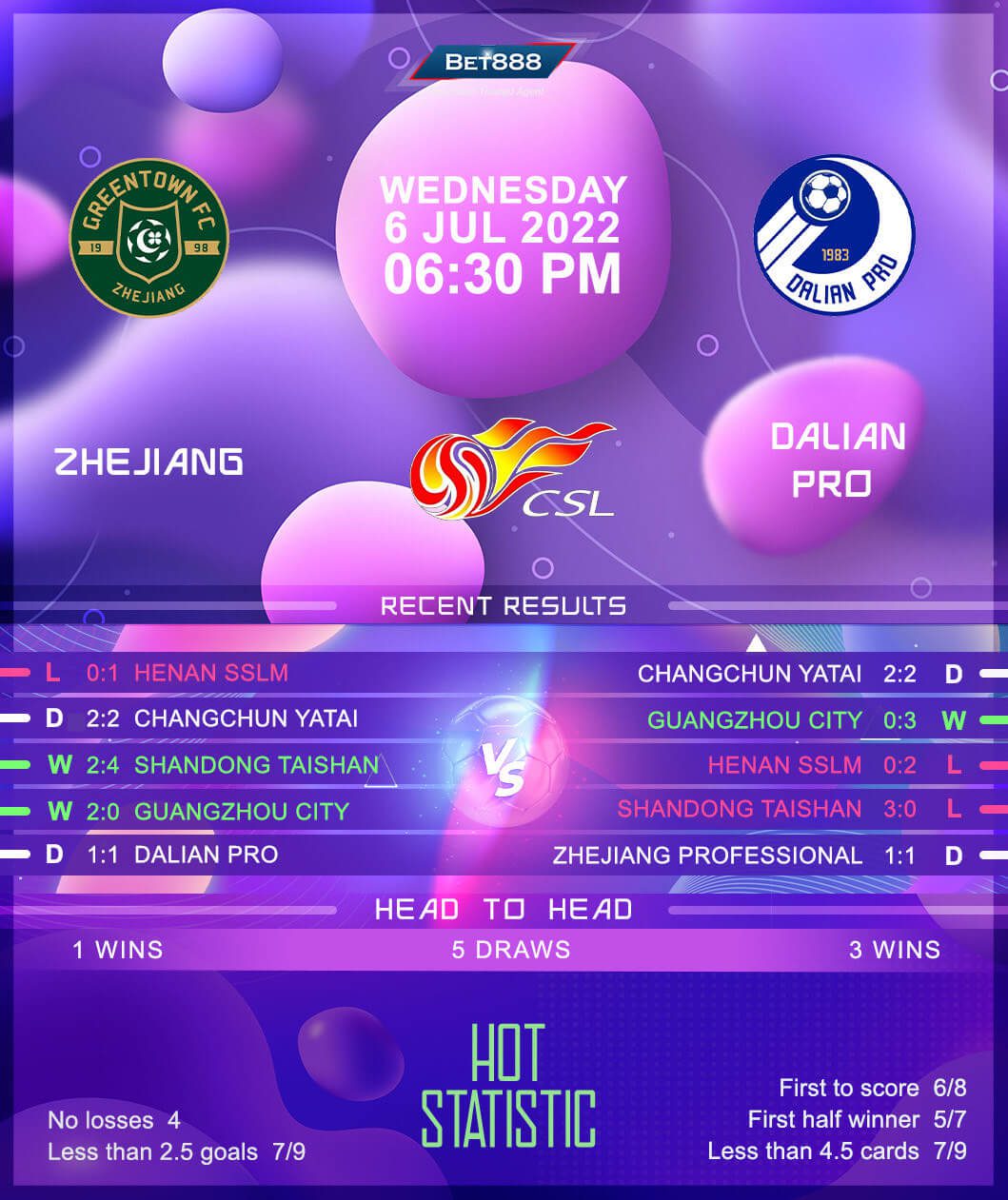