The final fixture of the Champions League Group H will see the dead-last Young Boys taking on the group leaders Juventus at the Stade de Suisse in Bern.

A poor haul of just one point from their opening five Champions League clashes has seen Young Boys nailed to the bottom of Group H, leaving only AEK Athens with a worse record in Europe’s top club competition. Moreover, with just two goals bagged, the current Swiss holders have the joint-worst goalscoring record in the Champions League, as they’ve failed to hit the back of the net three times so far. Meanwhile, Gerardo Seoane’s men are yet to keep a clean sheet in Europe, having conceded a minimum of two goals per game three times ahead of this round.

On the other hand, the visitors are topping Group H with 12 points achieved after the opening five fixtures, as they need to claim all three points to make sure Man Utd won’t beat them to the first place. Unlike their next rivals, the Bianconeri hold the joint-best defensive record in the Champions League, conceding just two goals while keeping a clean sheet four times so far. Massimiliano Allegri’s players have also notched a minimum of one goal in each of their five CL outings, including three they’ve scored against Young Boys in Turin. 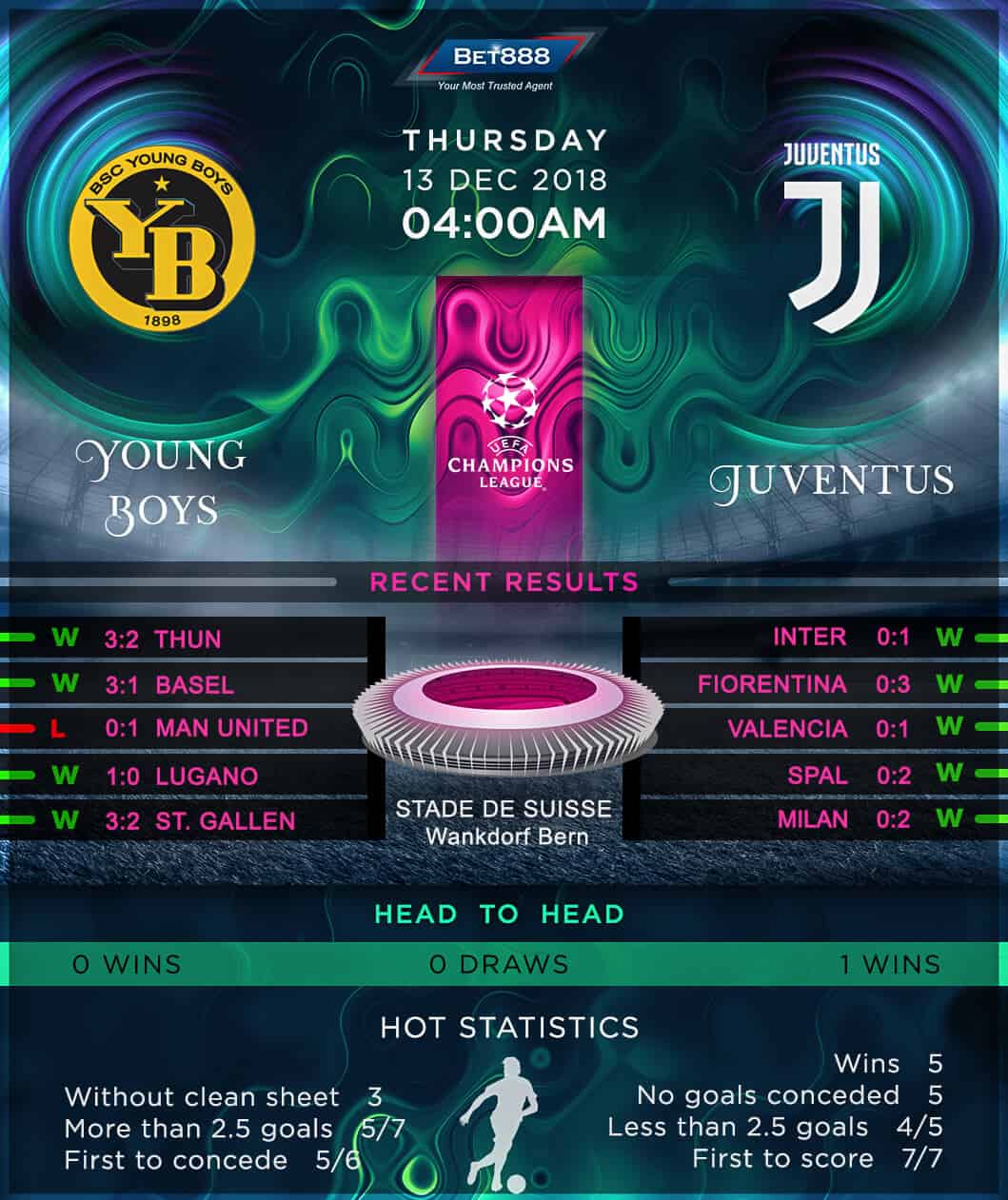