Wolverhampton Wanderers and Tottenham Hotspur are set for a face-to-face meeting at the Molineux Stadium, as the hosts hope to end a 2-game losing streak in the Premier League.

With a record of four wins, three draws, and three defeats, Wolves currently reside in the 10th place, but they’ve lost two straight games to Watford and Brighton without scoring a goal. Just 10% of the Wanderers’ matches have ended with more than two goals, lower than any other EPL side. Nuno Espirito Santo’s players failed to keep a clean sheet in two out of five home encounters while failing to score once in the process. However, the newly promoted Premier League outfit only managed to score a brace on two occasions this season, which puts them in rank with Crystal Palace, West Ham, and Cardiff City.

On the other hand, a narrow 1-0 loss to Manchester City earlier this week brought Spurs’ 4-game Premier League winning streak to an end. Additionally, before Mahrez’s 6th-minute goal Tottenham have picked up three straight clean sheets in the league, as their defense currently hold the 4th-best record behind Man City, Liverpool, and Chelsea. Mauricio Pochettino’s team collected more points on the road than any other side, having secured five triumphs in a total of six away clashes. A 67% of Spurs’ road meetings have ended with three or more goals, with London outfit managing to keep a clean sheet three times in the process. 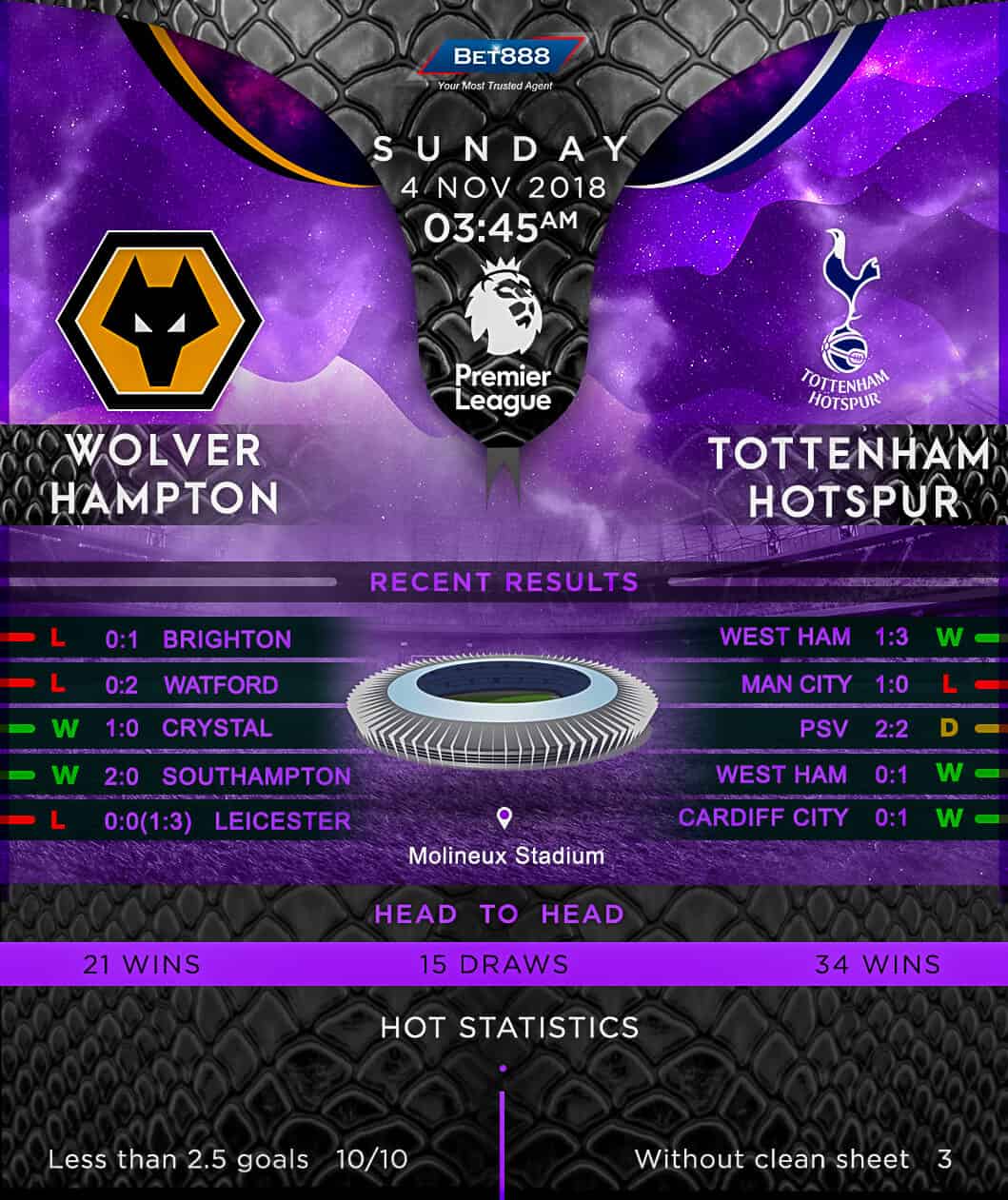