After a 2-0 defeat to Leicester City on the road last weekend, Wolverhampton Wanderers will host the current Premier League holders Manchester City at the Molineux Stadium. The Wolves have failed to achieve a victory in the first two EPL fixtures, as they have played out a 2-2 draw with Everton at home before that loss to the Foxes. Nuno Espírito Santo’s principal intention is to keep his side in the top flight for at least one more year, but the matches against the top five English teams are hardly the ones to look for points. However, there’s no doubt the hosts will put maximum effort to dodge the second straight defeat, and with the likes of Raúl Jiménez, Adama Traoré, and Diogo Jota, they have the decent firepower that can cause problems to City’s defenders. The Citizens, on the other hand, have started the new campaign strongly, with a 2-0 win over Chelsea in the Community Sheild Final, after which they achieved two straight league triumphs, defeating Arsenal 2-0 on the road and Huddersfield Town 6-1 at home, thus confirming they are determined to defend the Premier League title.

The home side will enter the encounter at full strength, while Guardiola won’t have Danilo and Kevin De Bruyne, with both of them expected to return to action in about two months. 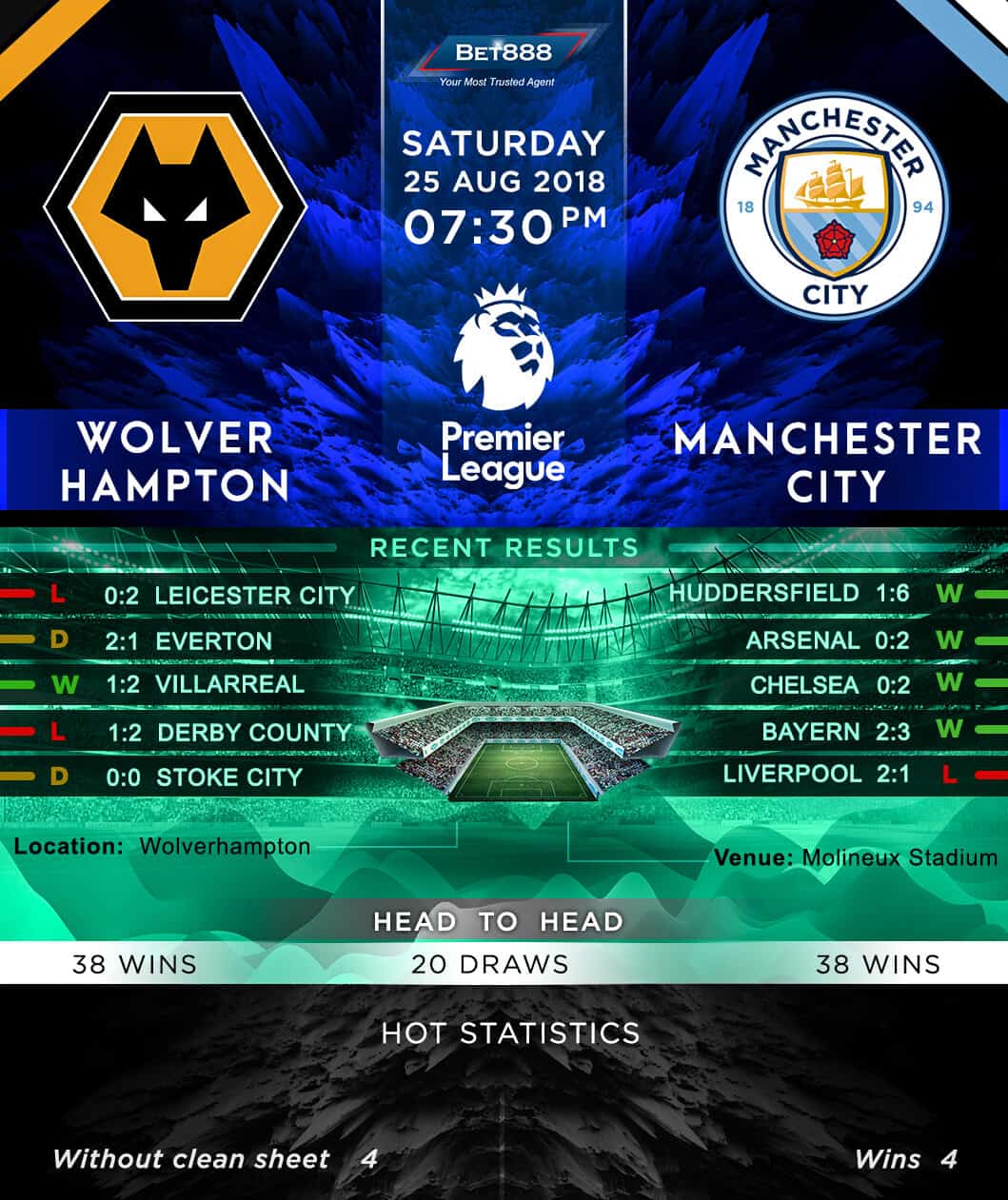