This weekend’s Premier League action kicks-off with a tricky challenge at the Molineux Stadium where Wolverhampton Wanderers face-off Liverpool.

The returnees seem to have managed to overcome a nightmarish period that has seen them lose five out of six Premier League matches, as Nuno Espírito Santo’s men racked up an encouraging three-game winning Premier League run ahead of this meeting. What’s more, Wolves have also scored two goals per match in each of their last three league clashes, which was the first time they’ve done it since returning to the English top flight. Continuous oscillations and numerous ups and downs have seen the Wanderers securing four home triumphs while suffering three draws and playing out two draws in the process. A promising fact for the hosts is that they’ve avoided failure against three out of four top-five sides they’ve played against this year, losing only to Tottenham Hotspur during the run.

On the other hand, the Reds come into this encounter following a stunning 3-1 win over Manchester United last weekend, as they currently top the Premier League table (W14, D3) as the only unbeaten team in the English top-tier competition. Furthermore, the Merseysiders have secured six consecutive league victories, keeping a clean sheet four times in the process. No team has shipped fewer goals than Liverpool (7) in the Premier League this season, with Alisson Becker being the only goalkeeper to keep a clean sheet ten times after the opening 17 league fixtures. Meanwhile, Jurgen Klopp’s players have scored on each of their nine road trips thus far, bagging at least two goals per match on six occasions in the run. 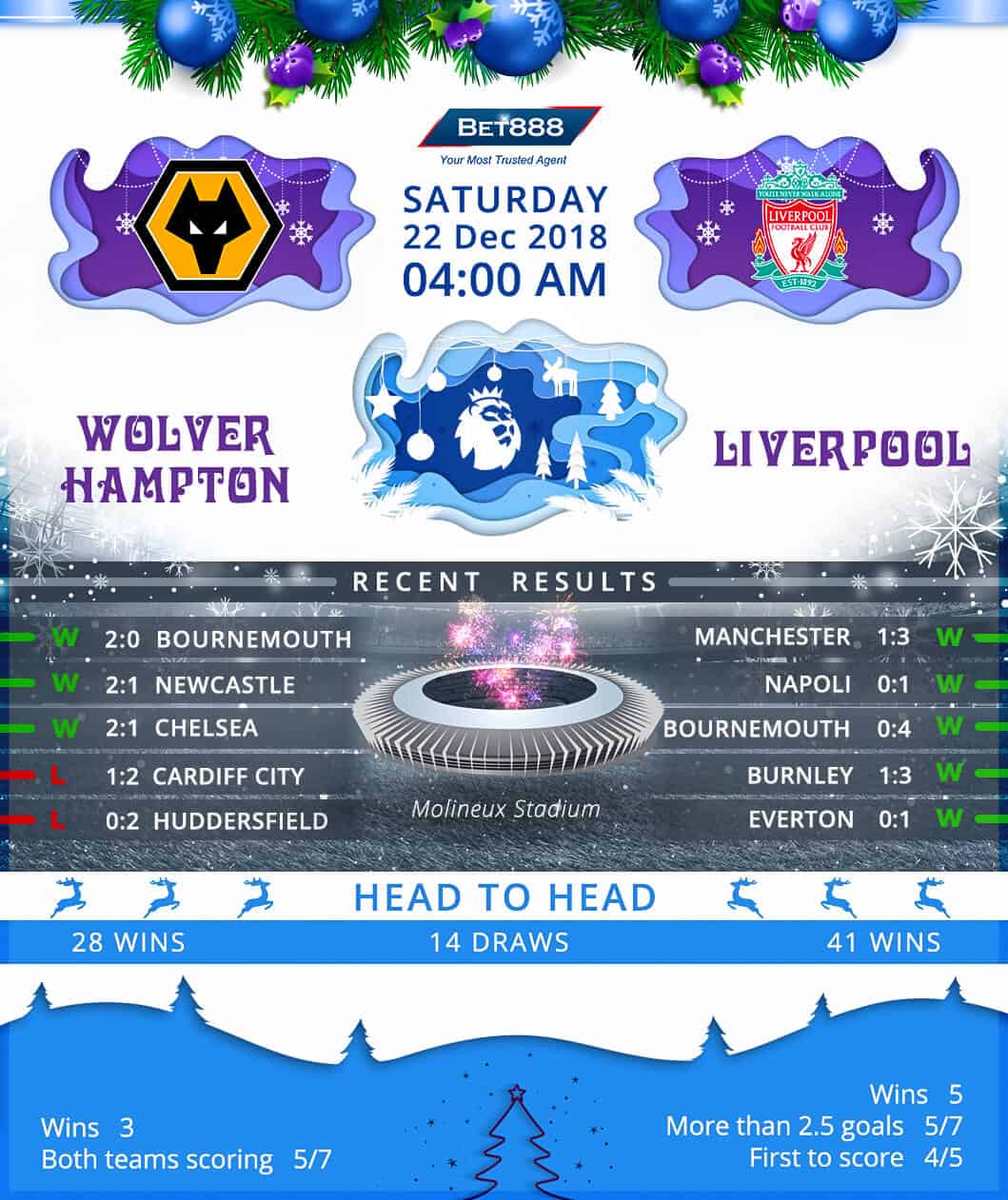