West Ham United and Tottenham Hotspur are set for a London derby, with the match scheduled to take place at the Olympic Stadium.

After four consecutive losses in the opening stage of the Premier League, the Hammers have managed to bounce back and secure two triumphs in the following three games, having defeated Everton and Manchester United in the process.

However, a 1-0 loss to Brighton on the eve of the international break has ended their promising streak, leaving Manuel Pellegrini’s side tied for 15th place with a 4-point lead over relegation zone clubs. With a record of three defeats and one triumph, the Irons are among the worst-ranked away teams in the Premier League. Moreover, they are one of seven sides that failed to keep a clean sheet on the road, having conceded nine goals away from the Olympic Stadium so far.
On the other hand, the Spurs have won four out of five away matches in the league, with Watford being the only club to walk away with all three points against Mauricio Pochettino’s side. Additionally, the Lilywhites are the second-best attacking team when it comes to road games, with just Arsenal exceeding Tottenham’s ten goals record. The Argentinean expert would like to see his players extending a 3-game winning streak, as they currently trail Manchester City by only two points.

The last time these two sides split the points at the Olympic Stadium was in 2007, after which Tottenham secured five victories in the following nine encounters, with West Ham achieving four triumphs in the process.
Winston Reid, Manuel Lanzini, Jack Wilshere, and Andy Carroll won’t be able to help their fellow West Ham teammates, with Jan Vertonghen, Mousa Dembele, Dele Alli, Christian Eriksen, and Vincent Janssen all expected to remain on the stands for the visitors. 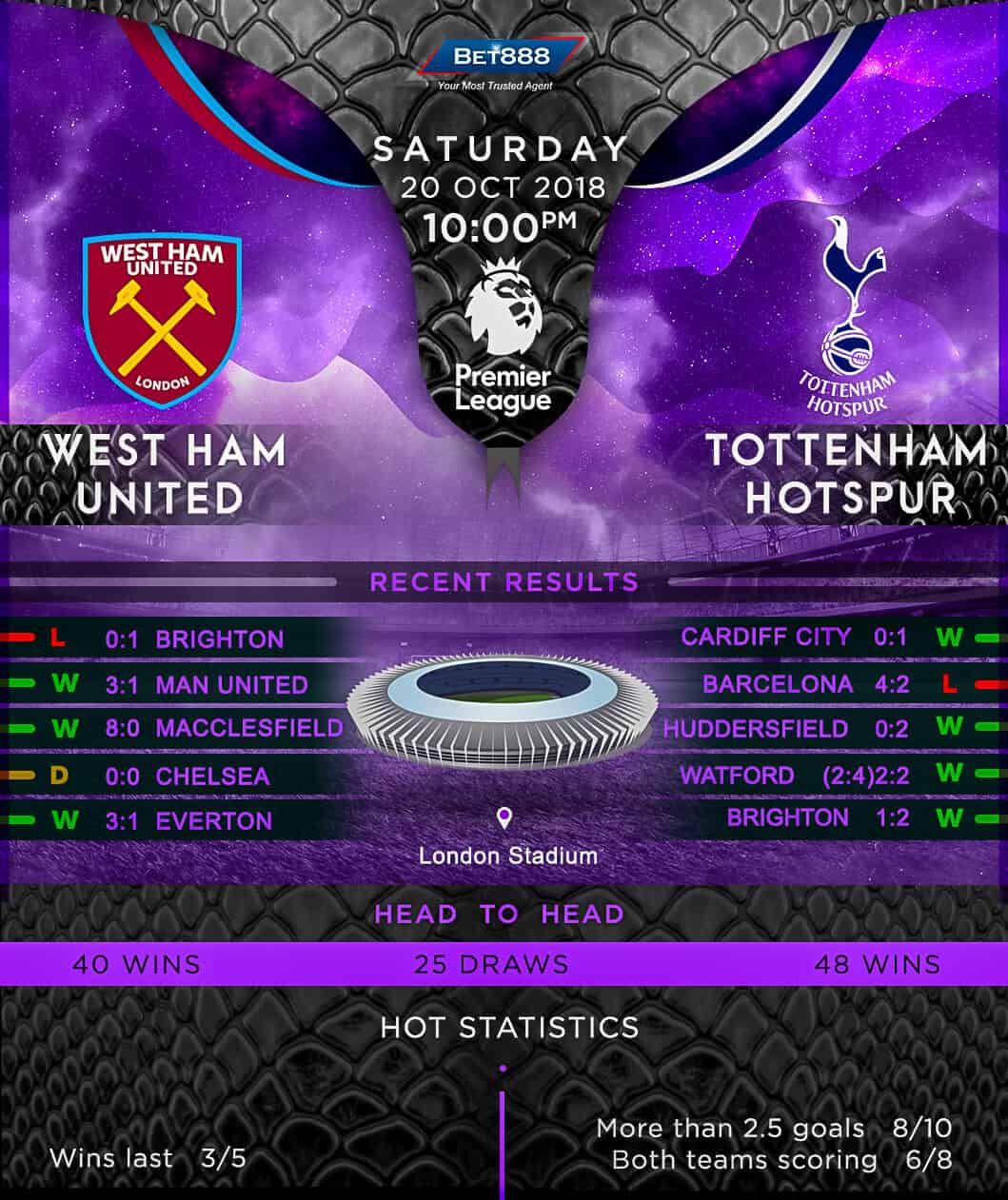