London Stadium is the venue as West Ham United and Tottenham Hotspur go head-to-head in an all-London Premier League match-up.

Following a thoroughly underwhelming start to the new Premier League season, West Ham United eked out a narrow 1-0 win at Aston Villa last weekend to end an abysmal run of three league defeats ‘to nil.’ David Moyes’ men will be looking to pick up where they left off and potentially take their two-game winning home league streak against Tottenham to three for the first time since 1999. However, after completing the 2021/22 Premier League season as one of only two sides to have scored in all 19 top-flight home games, the ‘Hammers’ have drawn a blank in both league fixtures at the London Stadium this term (L2). That, coupled with West Ham’s unwanted record of 112 defeats in the Premier League London derbies, suggests last weekend’s success was a fluke.

On the other hand, Tottenham Hotspur scored on either side of halftime to take down a spirited Nottingham Forest side 2-0 at the weekend, making it three wins from their opening four Premier League encounters (D1). ‘Spurs’ have a staggering 99 victories in the Premier League London derbies under their belt and could become only the third side in history to reach the 100-win milestone in such fixtures. Adding to the visitors’ confidence, they go into this round unbeaten in seven consecutive Premier League games on the road (W4, D3), last season included. It’s also worth noting that Antonio Conte’s lads have netted 2+ goals in three successive away league matches, suggesting West Ham defenders could have a long game this midweek. 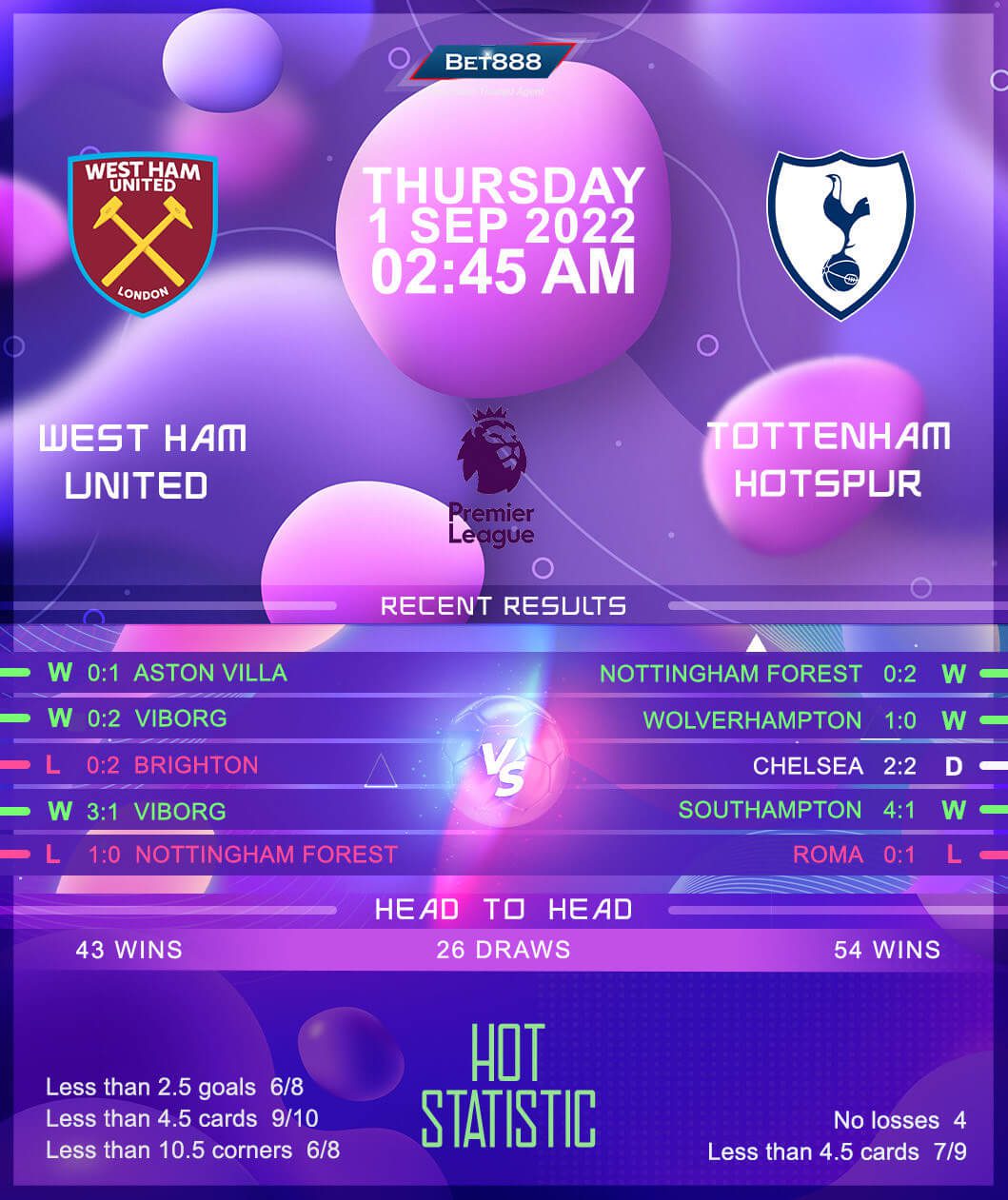