West Ham United will be hosting Chelsea at the London Stadium following an encouraging 3-1 win over Everton at the Goodison Park last weekend that finally ended their 4-game losing streak.

The Hammers have started off a new season on the wrong foot, suffering a disastrous 4-0 defeat to Liverpool on the opening matchday, after which they’ve got outplayed by Bournemouth, Arsenal, and Wolverhampton Wanderers. Therefore, with just one victory out of the first five matches, Mauricio Pellegrini’s side currently occupy the 16th place, with barely a point away from the danger zone.

On the other hand, Mauricio Sarri has done some extraordinary things with the squad that last season failed to qualify for the Champions League. Alongside Liverpool, the Blues are the only team in the English Premier League to secure all five triumph so far, and with a +10 goal difference, they are topping the table at the moment. Huddersfield Town and Newcastle United are the teams that hosted the London outfit this season, only to see themselves run down by a devastating Chelsea attack that so far scored 14 goals.

Andy Carroll, Javier Hernandez Chicharito, Manuel Lanzini, Jack Wilshere, and Winston Reid won’t be able to help their teammates due to injuries. As for the visitors, Emerson and Mateo Kovacic are struggling with some physical problems and may have to skip the encounter. 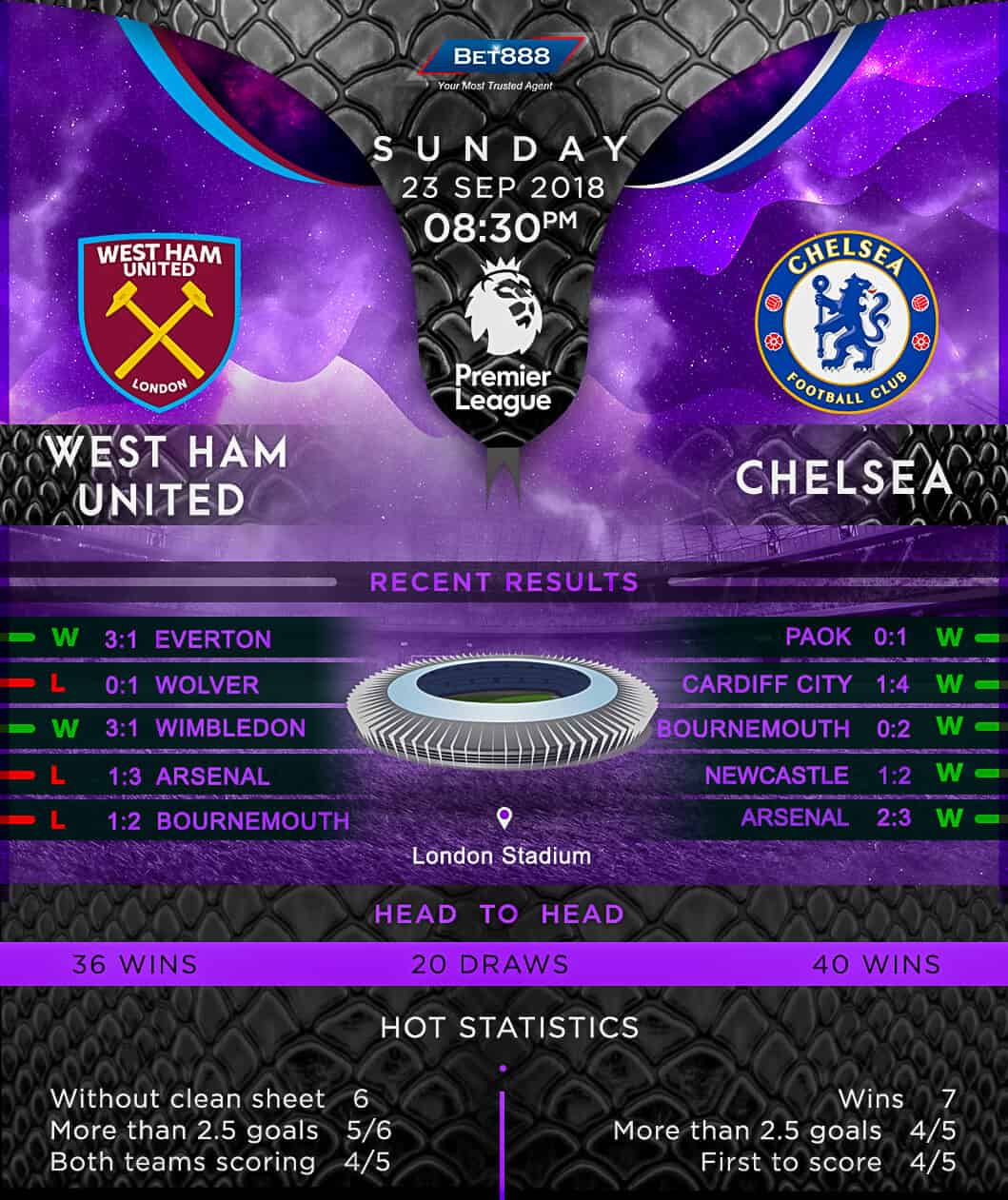