London Stadium is the venue as West Ham United and Chelsea go head-to-head in an all-London Premier League fixture.

West Ham have stumbled out of the blocks on the back of November’s international break, going unbeaten in all three Premier League fixtures since club football returned to action in mid-November (D1, L2). But after losing back-to-back top-flight home matches between September and October, the ‘Hammers’ have gone unbeaten in their last three league outings at the London Stadium (W2, D1), despite scoring precisely once in two of them. That’s not a good sign, as West Ham lost both last season’s Premier League clashes against Chelsea without scoring and could make it three top-flight defeats in a row against them for the first time since April 2011. Worryingly, David Moyes’ men have suffered two losses in their last four Premier League London derbies (W1, D1), as many reverses as they had in their previous ten such contests (W4, D4).

On the other hand, Chelsea’s hard-fought 2-1 win away at Watford in midweek stretched their unbeaten Premier League streak to eight matches (W6, D2), maintaining a narrow one-point lead over second-placed Manchester City. Adding to the visitors’ confidence, they have won their last seven away London derbies in the Premier League en route to setting an unprecedented milestone in the competition’s history. The ‘Blues’ have registered six clean sheets during that seven-game sequence, which has been the case in four of their last five competitive away matches (W5). What’s more, Thomas Tuchel’s men head into proceedings as the only Premier League side yet to lose an away league game this term (W6, D1), winning the last five in a row by an aggregate score of 12-1. 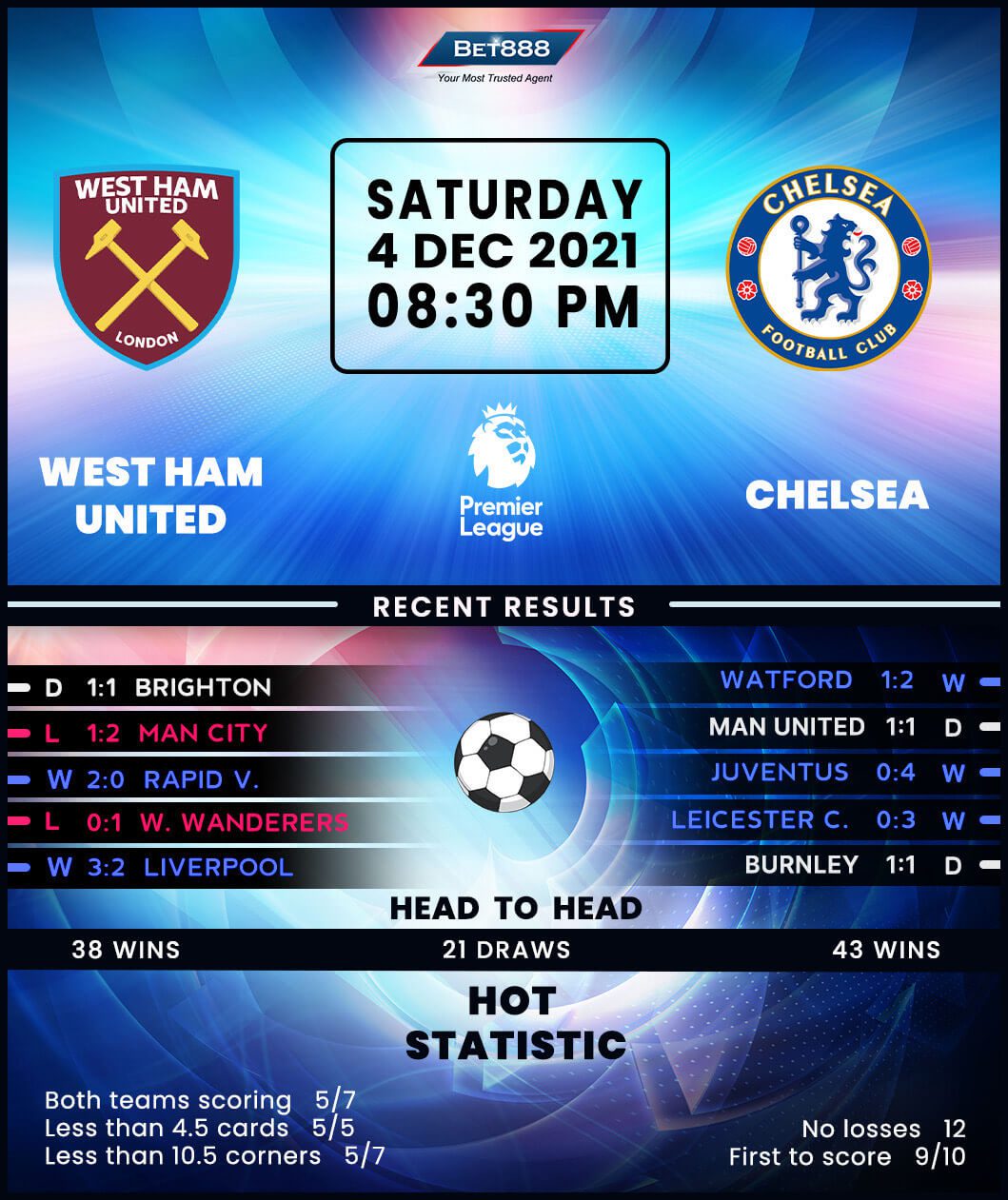