West Ham United and Cardiff City will face-off at the London Stadium in the Premier League’s midweek clash, as the hosts look to secure their third home league win this term.

A 3-0 road victory over Newcastle United last weekend has seen West Ham keeping a clean sheet for the first time after nine consecutive games across all competitions. The Hammers are struggling with consistency this season, which is why they sit 13th in the table with a record of four wins, three draws, and seven defeats. The Irons have conceded 11 goals in seven home Premier League matches, keeping a clean sheet just once in the run. Manuel Pellegrini’s men have bagged eight goals at home at a miserly average of 1.14 goals scored per match, failing to find the back of the net on four occasions so far.

Meanwhile, the visitors will go in search of their elusive first away triumph in the Premier League this season. The Bluebirds have lost five out of six matches on the road while being held to a scoreless draw to Huddersfield Town in the process. Moreover, Neil Warnock’s players have failed to score in four road trips, and with just two goals managed away from Cardiff, they hold by far the worst goalscoring record in the English top flight. However, the returnees have pulled off two significant wins in their last three top-tier clashes, defeating Wolverhampton and Brighton with the identical 2-1 scorelines. Cardiff’s defensive frailties have seen them concede a minimum of one goal in their previous 11 league games, and with 27 goals allowed so far, they have the third-worst defensive record in the Premier League. 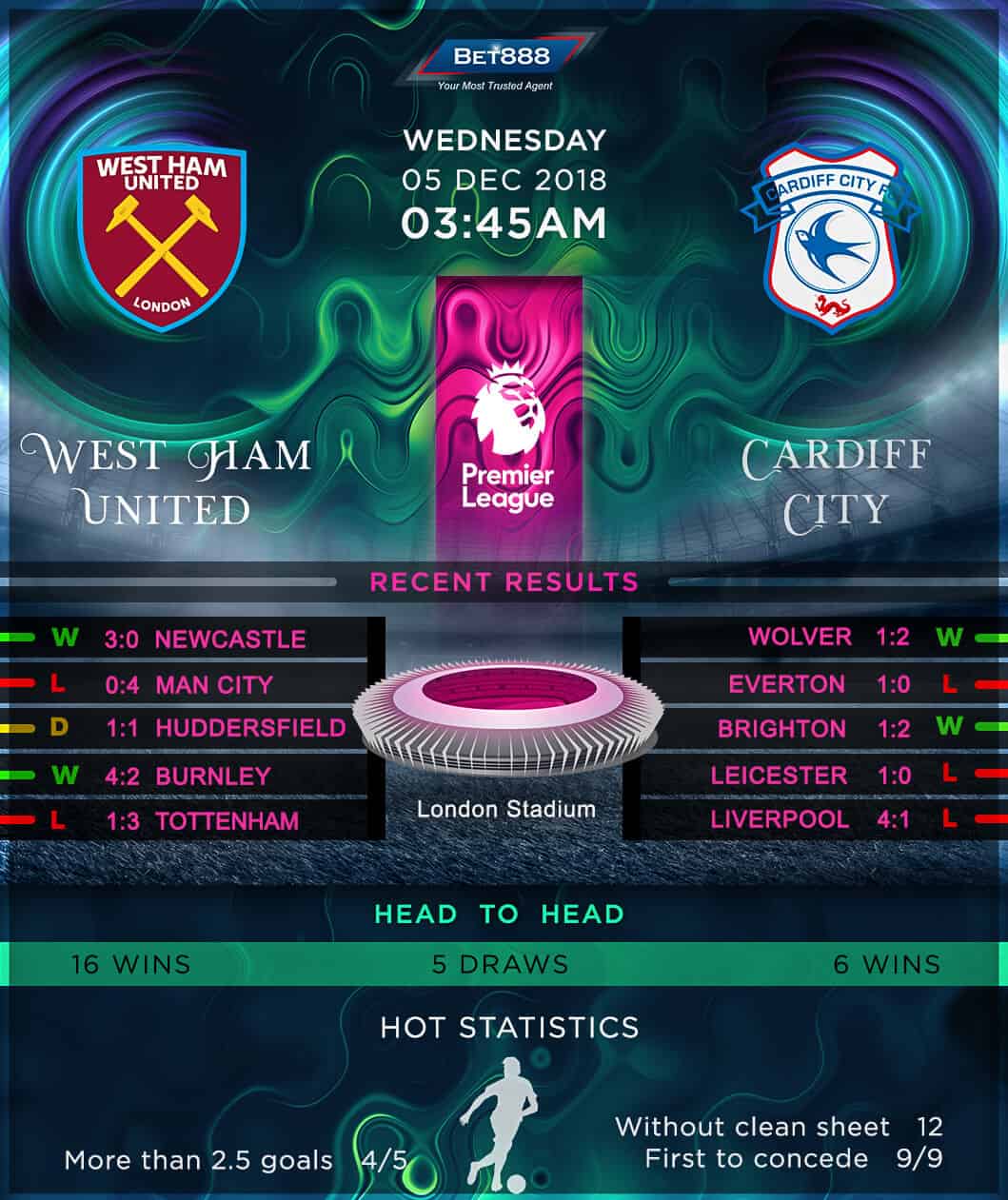