The Hawthorns forms the backdrop for an exciting all-EFL Championship clash between West Bromwich Albion and Sheffield United in the EFL Cup first round.

West Brom’s slow start to the new EFL Championship season has seen them come from behind to pull off back-to-back 1-1 draws against the likes of Watford and Middlesbrough. Underwhelming performances in the early stages have contributed to the fact the ‘Baggies’ have conceded the opening goal within 12 minutes of play in both league outings this term. But Steve Bruce’s men can draw confidence from a strong recent home record against Sheffield United, having won three of their previous four competitive H2Hs at The Hawthorns (L1), including the last two in a row without conceding. Bringing the 2021/22 season into the equation, WBA are unbeaten in four consecutive home league matches (W2, D2), adding further confidence to their bid to reach the next round.

On the other hand, Sheffield United’s disappointing start to the 2021/22 EFL Championship campaign saw them go down 1-0 away to last season’s Premier League relegation boys Watford. However, the ‘Blades’ have bounced back instantaneously by putting two unanswered goals past Millwall last time out, both of which came inside the opening 22 minutes. A potential victory at The Hawthorns would solidify Sheffield’s rocked confidence following last season’s failed attempt to return to the Premier League via playoffs. But to achieve that goal, the visitors will have to defy their abysmal away form that has witnessed them pick up just one win from their last nine competitive road trips (D4, L4 – 90mins only). 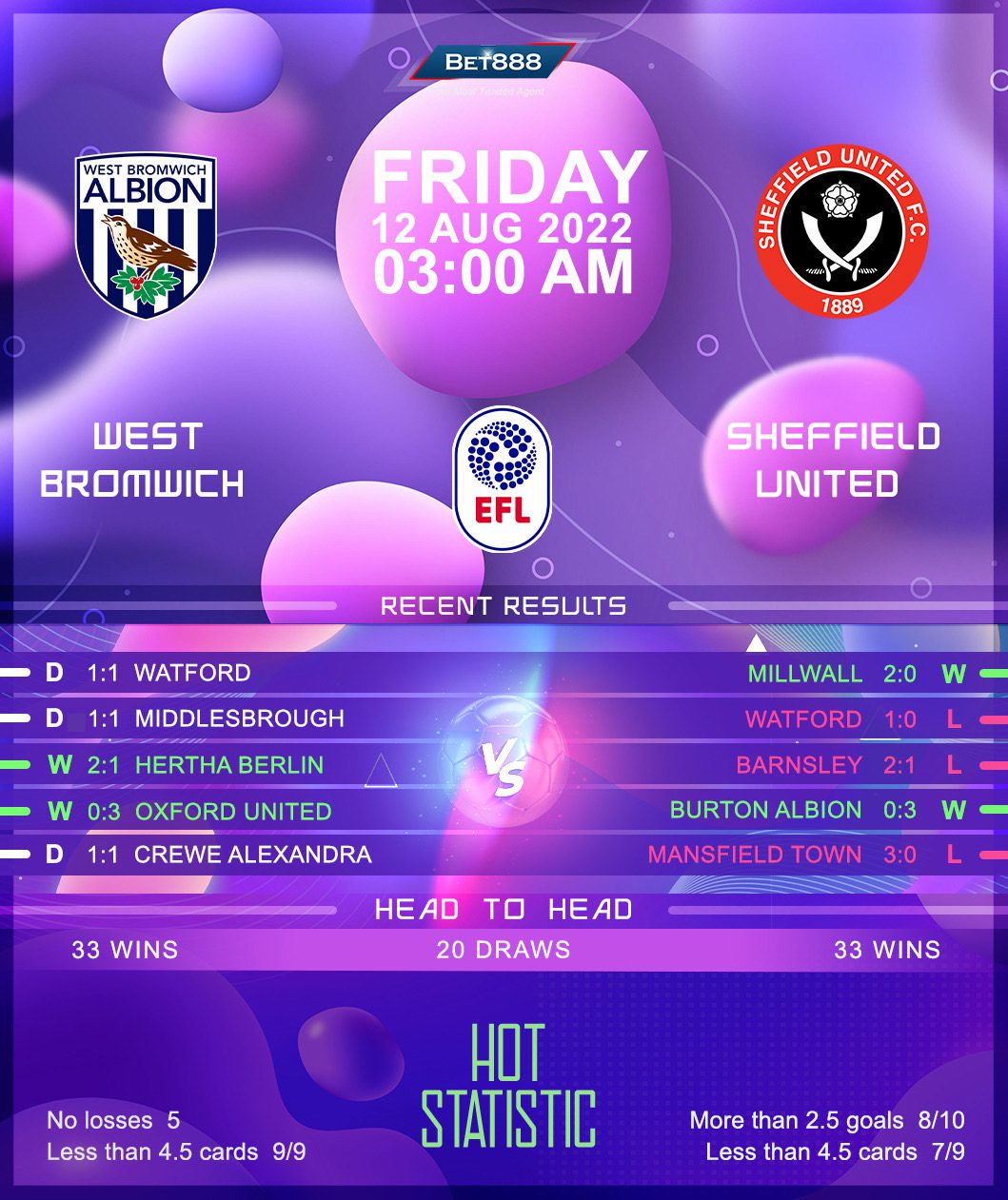