West Bromwich Albion returned from the World Cup break with a bang last weekend, eking out a 2-1 victory away at Sunderland to establish a modest but crucial buffer from the relegation zone. Despite carrying a fragile two-point lead over 22nd-placed Wigan Athletic, the ‘Baggies’ enter this round as one of the most in-form sides in the Championship, having won their last four league matches on the trot. Manager Carlos Corberan, who, despite managing just under 25% of West Brom’s league fixtures this term, accounts for 67% of their victories (4/6). However, with three of Corberan’s four Championship triumphs with WBA yielding a slim one-goal margin, the Hawthorns crowd could be in for another nerve-shredding contest.

Meanwhile, visiting Rotherham United slipped to a 3-1 home loss to Briston City last weekend, once again proving their inability to bounce back after conceding first. Indeed, the visitors have lost all seven Championship fixtures in which their opponents drew first blood this season, highlighting the emphasis on a quick-fire start. With that in mind, the fact that six (75%) of Rotherham’s eight away league goals this season have come before halftime can inspire some confidence in manager Matt Taylor’s corner. But his side’s second-half woes look troubling, with a clear-cut majority (79%) of Rotheram’s away goals conceded in this Championship campaign arriving after the interval (11/14). 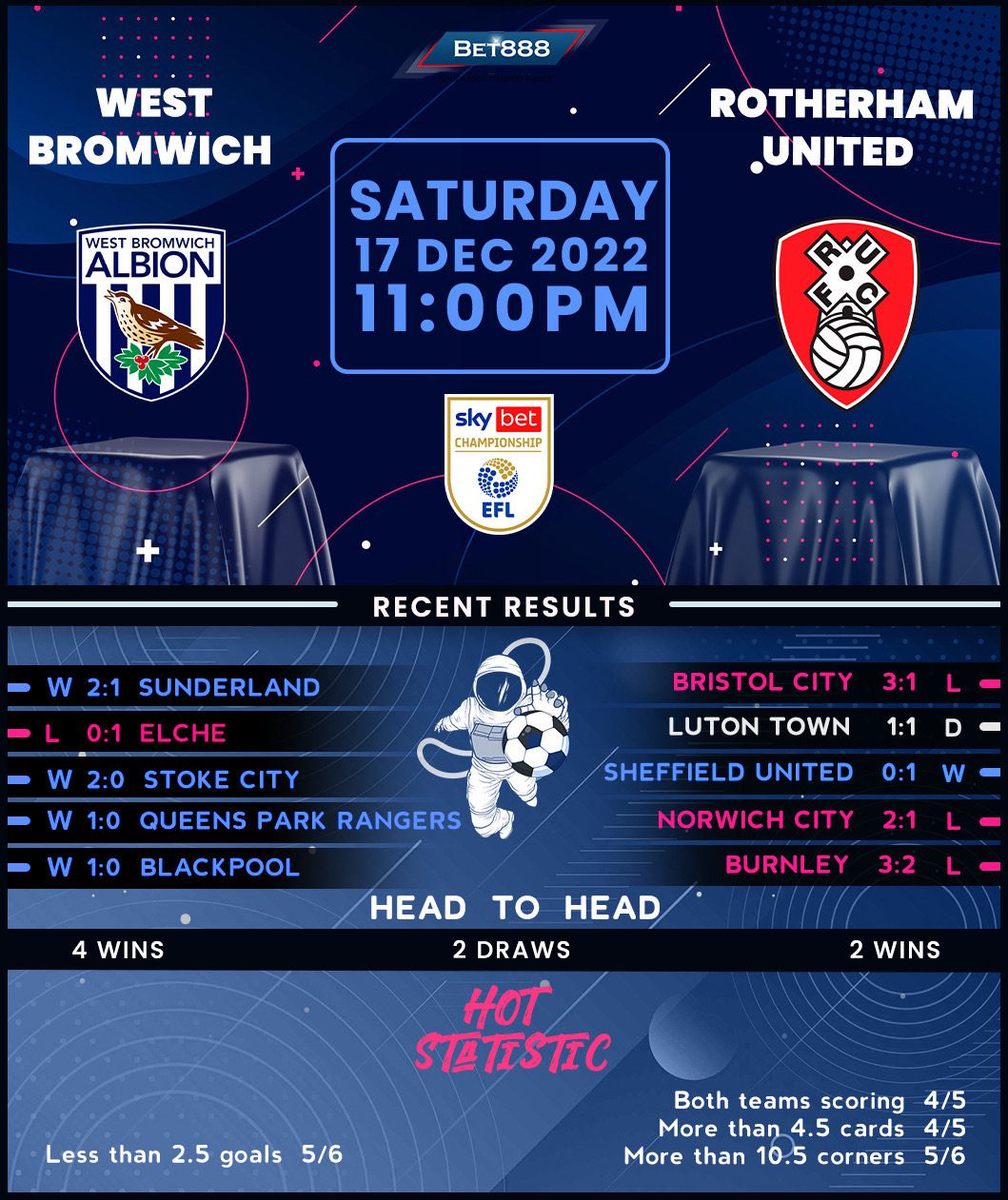