Werder Bremen are ready to host Wolfsburg at the Weserstadion following a disappointing last weekend’s 2-1 defeat to Stuttgart.

Werder currently occupy the 5th place, having a 3-point deficit to leaders Borussia Dortmund, with a record of 3 wins, 2 draws, and a loss. Although Die Werderaner recently registered their first defeat in the Bundesliga, Florian Kohfeldt has plenty of reason to be satisfied with the way his team entered the season. Although they’ve played out two straight draws at home, to Hannover 96 and Nurnberg, Die Grün-Weißen have outscored Hertha Berlin in the last match in front of the home supporters, securing a promising 3-1 triumph.

Meanwhile, after barely keeping a top-flight status through a two-legged playoff victory over Holstein Kiel, Die Wölfe seems to have learned from their last season’s mistakes. However, after starting the Bundesliga campaign off on the right foot, with two successive wins over Schalke 04 and Bayer Leverkusen, Bruno Labbadia’s players appear to be losing the tempo. In the last four Bundesliga encounter, Wolfsburg have suffered one defeat, while duking out three draws, including the one against Borussia Monchengladbach last weekend.

The second-choice goalkeeper Stefanos Kapino and a forgotten forward Aron Johannsson are expected to remain on the stands due to various physical problems, while the appearance of Luca Caldirola, Fin Bartels, and Ole Kauper still hangs in the balance. As for the visitors, Felix Klaus, Josuha Guilavogui, and Ismail Azzaoui won’t be traveling with the rest of the squad, while Jeffrey Bruma and Admir Mehmedi may still manage to recover for the encounter. 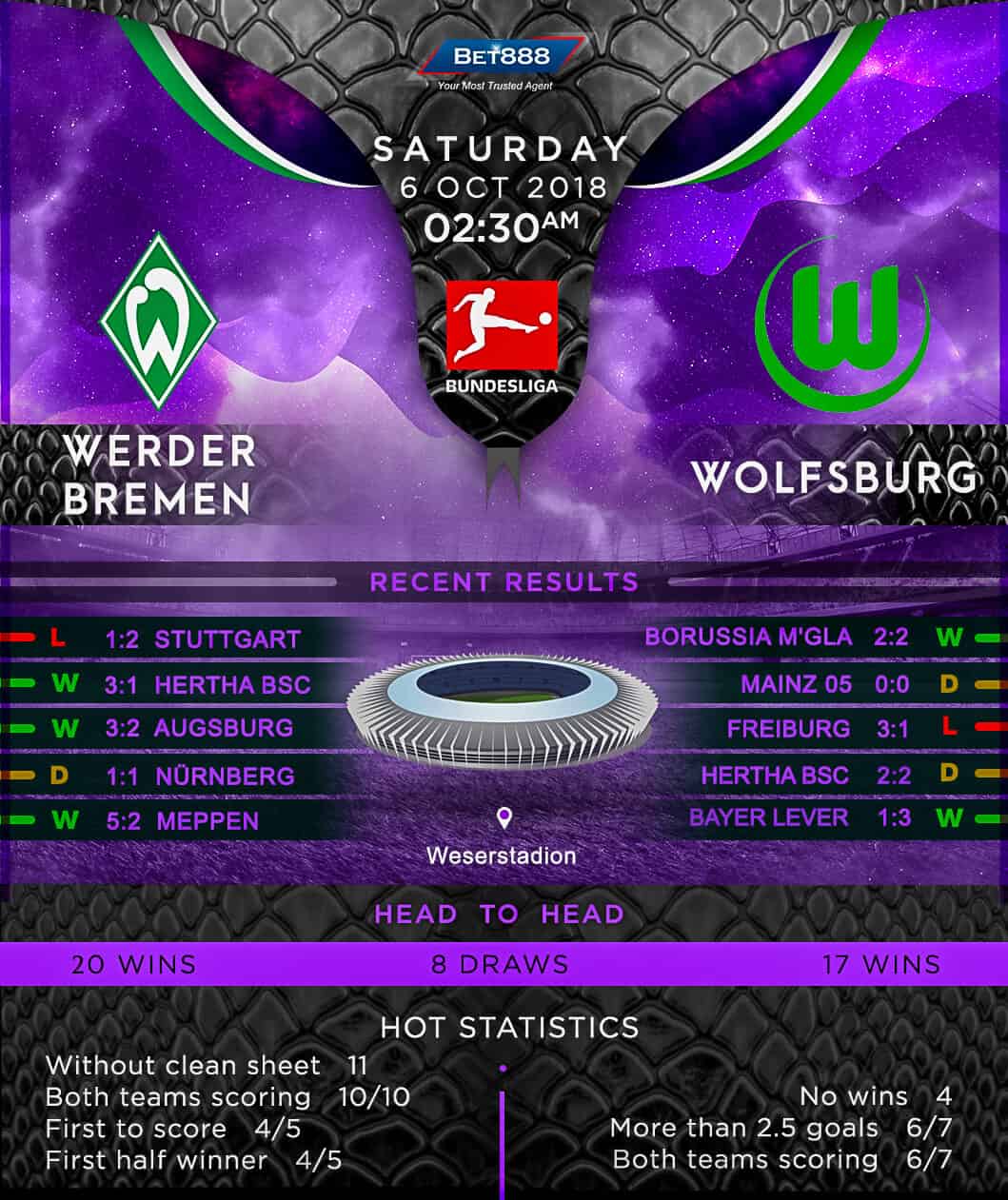