After an encouraging 2-1 triumph over Tottenham Hotspur, Watford look to face off against Manchester United in a match that will take place at the Vicarage Road this weekend.

The Hornets are the only one of three teams that managed to achieve all four victories in the Premier League so far alongside the likes of Chelsea and Liverpool, and the manager Javi Gracia urges his players to keep a cool head against the Red Devils, who are desperately trying to overcome a hard period. Before defeating the Spurs, the Yellow Army have outplayed Brighton & Hove Albion and Crystal Palace at home, as well as, Burnley on the road, nine and conceding three goals in the process.

Meanwhile, Jose Mourinho is frantically trying to keep his job as Manchester United currently occupy the 10th position with a record of two wins and two losses after the opening four fixtures. Although they opened the season with a 2-1 win over Leicester City at home, the 3-time Champions League winners have suffered two straight defeats, to Brighton and the Spurs, conceding six goals in those two games before pulling off a 2-0 victory over Burnley at Turf Moor. However, if Mourinho fails to secure all three points this weekend, Zinedine Zidane might take over his job in the forthcoming period.

Younès Kaboul won’t be in the home squad for the encounter due to a metatarsal fracture, while Marcos Rojo and Phil Jones should stay in Manchester because of some physical problems. 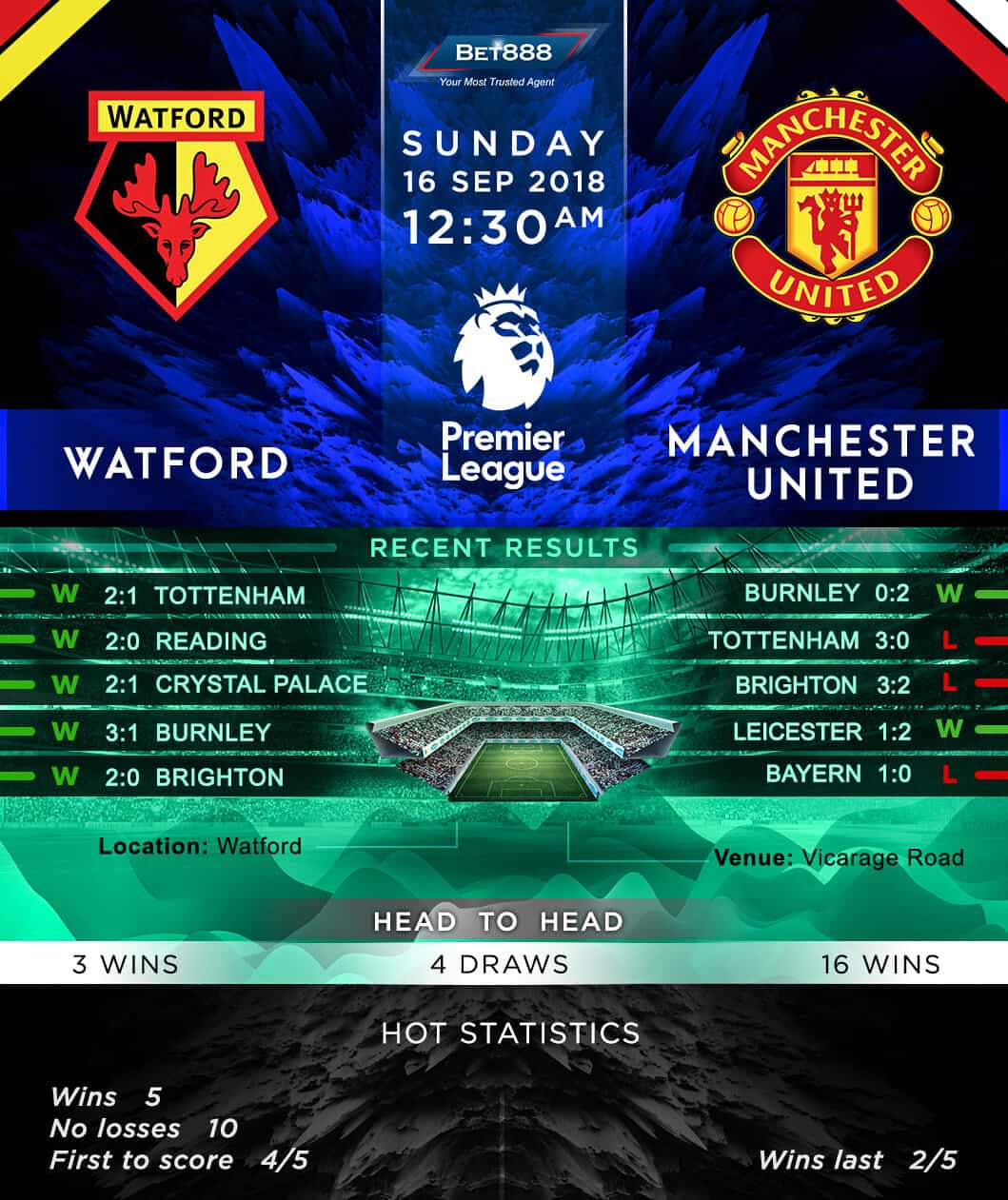