Watford welcome Manchester City to the Vicarage Road hoping to end a 4-game winless streak in the Premier League.

The Hornets have started their Premier League campaign off on the right foot, securing four successive wins, after which they have got stuck in a severe crisis. The Golden Boys have lost five out of their last ten league games although they have managed to clinch two wins in the run. After losing three of their previous four EPL outings without scoring a goal, Javi Gracia’s players will hardly bounce back against the reigning champions, especially considering they have conceded a minimum of two goals three times in the past four home encounters. Furthermore, the hosts have lost all of their previous eight H2H meetings with Man City, with the Citizens scoring 11 goals in their last two visits to Vicarage Road.

The current Premier League holders, meanwhile, are enjoying another impressive campaign, as they currently top the table as one of two teams that are yet to suffer a failure. Pep Guardiola’s men have secured four wins in their six road trips so far, keeping a clean sheet five times in the run. Not only the Citizens conceded just one goal away from home, but with six goals allowed overall, they have the second-best defensive record in the English top flight. On the other hand, Sergio Aguero and Co. have bagged 43 goals in 14 Premier League fixtures, including three against Bournemouth in the weekend’s 3-1 home triumph. For Manchester City, the majority of the action happens in the first half, as seven out of last ten goals City scored away from home came before the halftime. 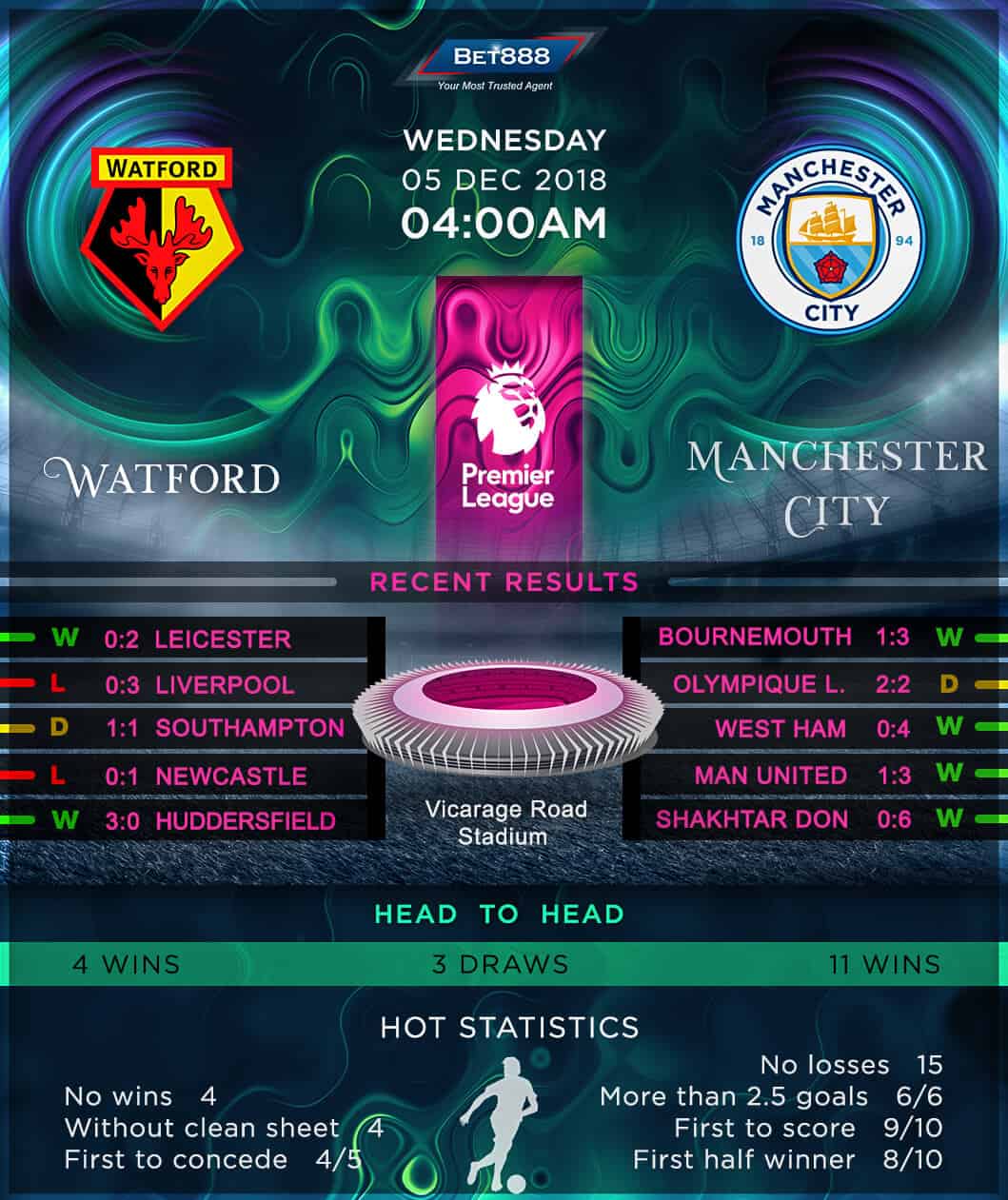