After an impressive performance in the first two Premier League fixtures, Watford will face against Crystal Palace at the Vicarage Road, looking to extend their winning streak to three. The Hornets have defeated Brighton & Hove Albion in the opening EPL match by two goals to nil, after which they pulled off an outstanding 3-1 win over Burnley on the road, which placed them among the six teams who managed to win the first two games. Apart from those matches, Javi Gracia’s team took part in five friendlies while preparing for the new season, recording three wins and playing out two draws, including a 1-1 draw with FC Koln at the beginning of preparations. On the other hand, the Eagles have suffered a 2-0 loss to Liverpool at Selhurst Park following a 2-0 win over Fulham on the road in the first season’s fixture. During the off-season period, Roy Hodgson’s side featured in eight warm-up matches, securing six straight victories before drawing 0-0 with the lower-league outfit Kingstonian.

Younès Kaboul and Obbi Oulare have both suffered severe injuries that will keep them out of the field for at least two months. As for the visitors, Connor Wickham, Scott Dann, and Jason Puncheon are all expected to miss the encounter due to various physical problems. 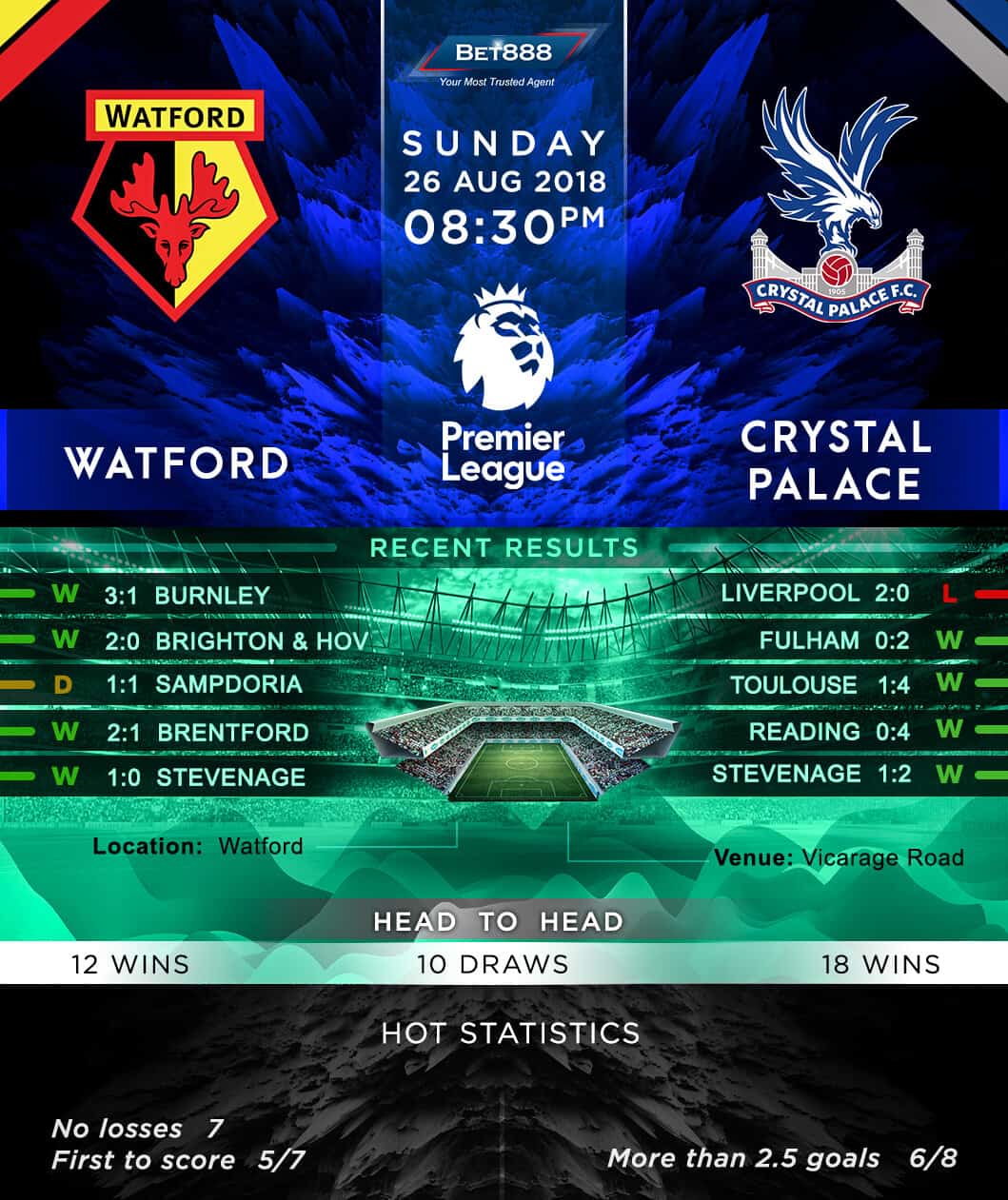