At the Vicarage Road, the two sides that finished 14th and 15th last season will face off against each other, as Watford look to take on Brighton & Hove Albion in the opening Premier League fixture. The Hornets, who struggled to keep continuity for the large part of the last season, featured in five summer friendlies, achieving three wins, over Fortuna Dusseldorf, Stevenage, and Brentford, while drawing two times, with FC Koln and Sampdoria, which might come handy to Javi Gracia’s players in terms of confidence and morale, considering they will have to fight tooth and nails to avoid relegation this season after the sales of Costel Pantilimon, Nordin Amrabat, and Richarlison. On the other hand, the Seagulls manage to secure another year in the English top flight following the Premier League promotion last season, but their results during the preparation campaign were far from promising, suggesting they might experience another turbulent season. Chris Hughton’s side played five warm-up matches, in which they had enormous problems finding the clear cup opportunities, as they only managed to score more than one goal once, in a 2-1 win over Nantes.

Younes Kaboul, Tom Cleverley, and Stefano Okaka are all set to skip the encounter due to injuries, while the appearance of Nathaniel Chalobah, Gerard Deulofeu, and Abdoulaye Doucoure still hang in the balance. As for the visitors, Jurgen Locadia, Jose Izquierdo, Alireza Jahanbakhsh, and Florin Andone are all having some physical problems that might force them to stay out of the squad for the opening match of the season. 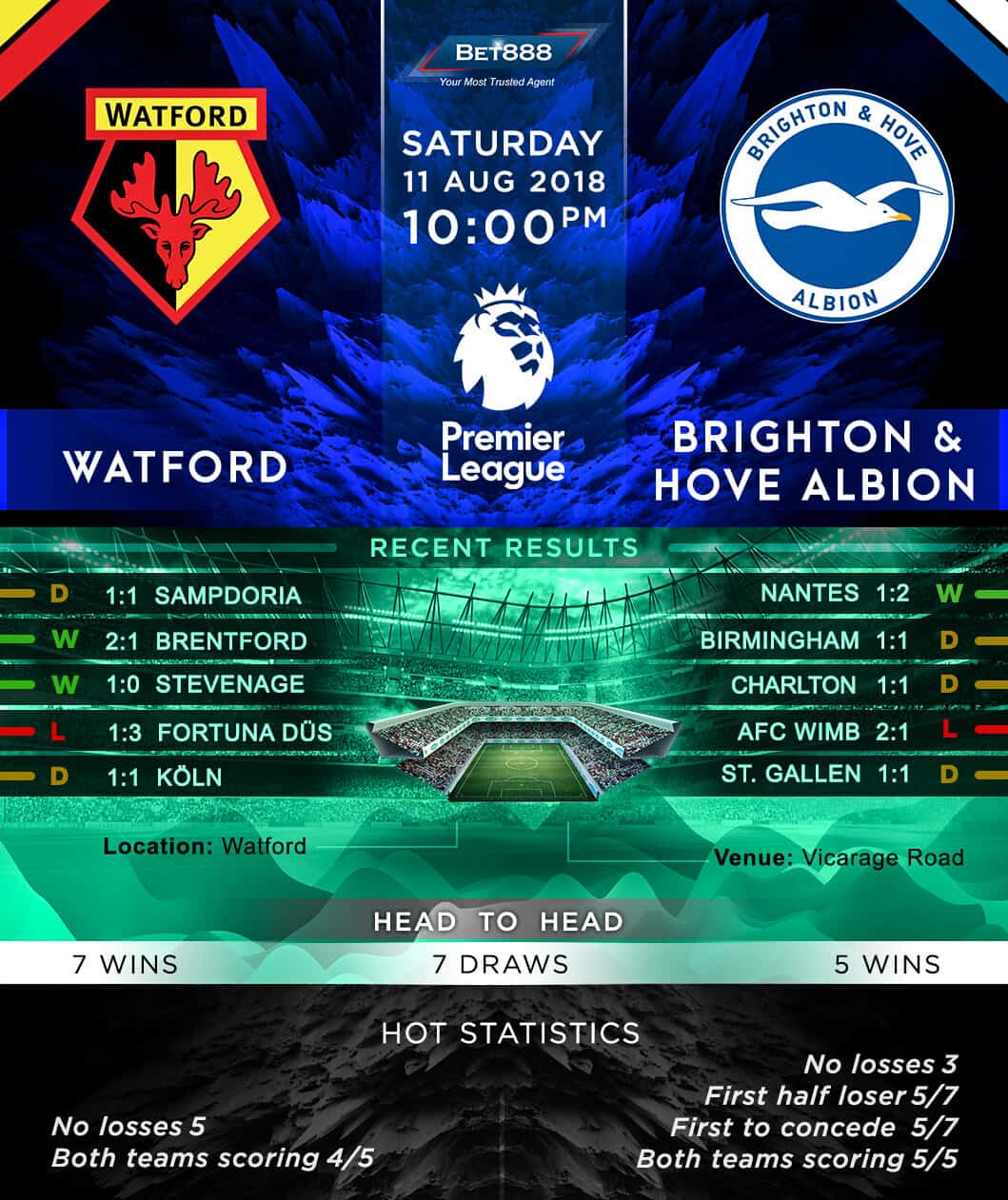