Wales and Spain are ready to face-off against each other in a friendly encounter that shall take place at the Principality Stadium in Cardiff.

After failing to qualify for the 2018 FIFA World Cup and a couple of miserable failures in international friendlies after the qualifiers, Chris Coleman had to leave the bench of the national team in favor of ex-Manchester United star Ryan Giggs. Although Giggs swept China aside with a stunning 6-0 win at his debut, his side still failed to shine in both high-profile matches against Uruguay and Denmark, suffering two defeats without notching a goal. However, the Dragons have demolished the Republic of Ireland by four goals to nil in the UEFA Nations League opener, which could be a promising starting point for the team that wants to secure the UEFA Euro 2020.

Meanwhile, after a fiasco in Russia and a frustrating break with Julen Lopetegui, the 2010 FIFA World Cup winners would like to establish domination in the international football again. Luis Enrique’s era on the national team’s bench started with an encouraging 2-1 win over England in the UEFA Nations League. The Red Fury also pulled off an astonishing 6-0 triumph over the World Cup runners-up Croatia, as they currently top the Group 4 with a maximum of six points and +7 goal difference. The former Barcelona manager urges his players to remain focused ahead of the Nations League return leg with the Three Lions.

Andy King, Aaron Ramsey, and Gareth Bale shall spearhead Wales’ attack according to the latest reports. As for the visitors, Dani Carvajal and Sergi Roberto are left out in favor of Wolverhampton’s Jonny Castro, while Marcos Alonso expected to replace Jordi Alba on the left flank. Diego Costa won’t be available due to physical problems, with Paco Alcacer destined to take his place in the final third. 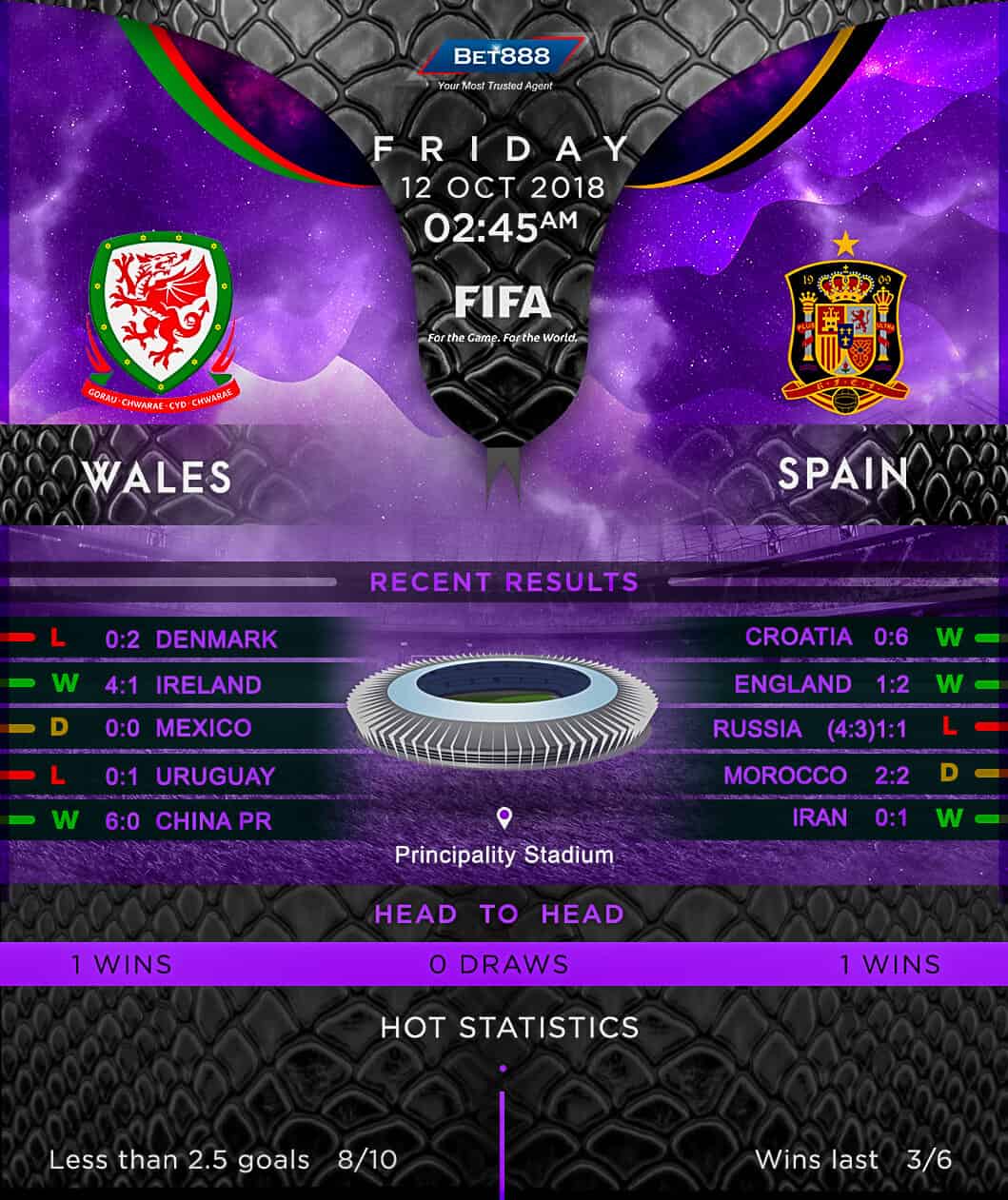