The Nations League A status is on the line as Wales and Poland go head-to-head at the Cardiff City Stadium in the ultimate Group A4 round.

Despite suffering four defeats from their five Nations League outings this season (D1), including a 2-1 loss at Belgium a few days ago, Wales could still salvage their elite Nations League status. All the ‘Dragons’ have to do is defy a two-game losing H2H home streak against Poland and avenge a 2-1 defeat from the reverse fixture. Since that’s easier said than done, Robert Page’s men could be heading back to League B only one season after securing promotion to the top tier. Adding to this sentiment, Wales come into proceedings winless in their last two home matches (D1, L1), facing an imminent risk of going three successive home games without winning for the first time since September 2013.

On the other hand, Poland’s 2022/23 Nations League campaign may have started with a bang, but they’ve since fallen apart. After losing three of their subsequent four Group A4 matches (D1), the Poles have to stay unbeaten in Cardiff to preserve their League A status. But having won none of their last three away games (D2, L1), the ‘Eagles’ are starring down the barrel of a four-fixture winless streak on international travels for the first time since September 2016. Adding to Czeslaw Michniewicz’s sizeable list of worries, his men have lost both previous Nations League outings without scoring, trailing 1-0 at halftime on each occasion. And with no clean sheet from the last five internationals, Poland may face the uphill task of holding Gareth Bale’s Wales at bay. 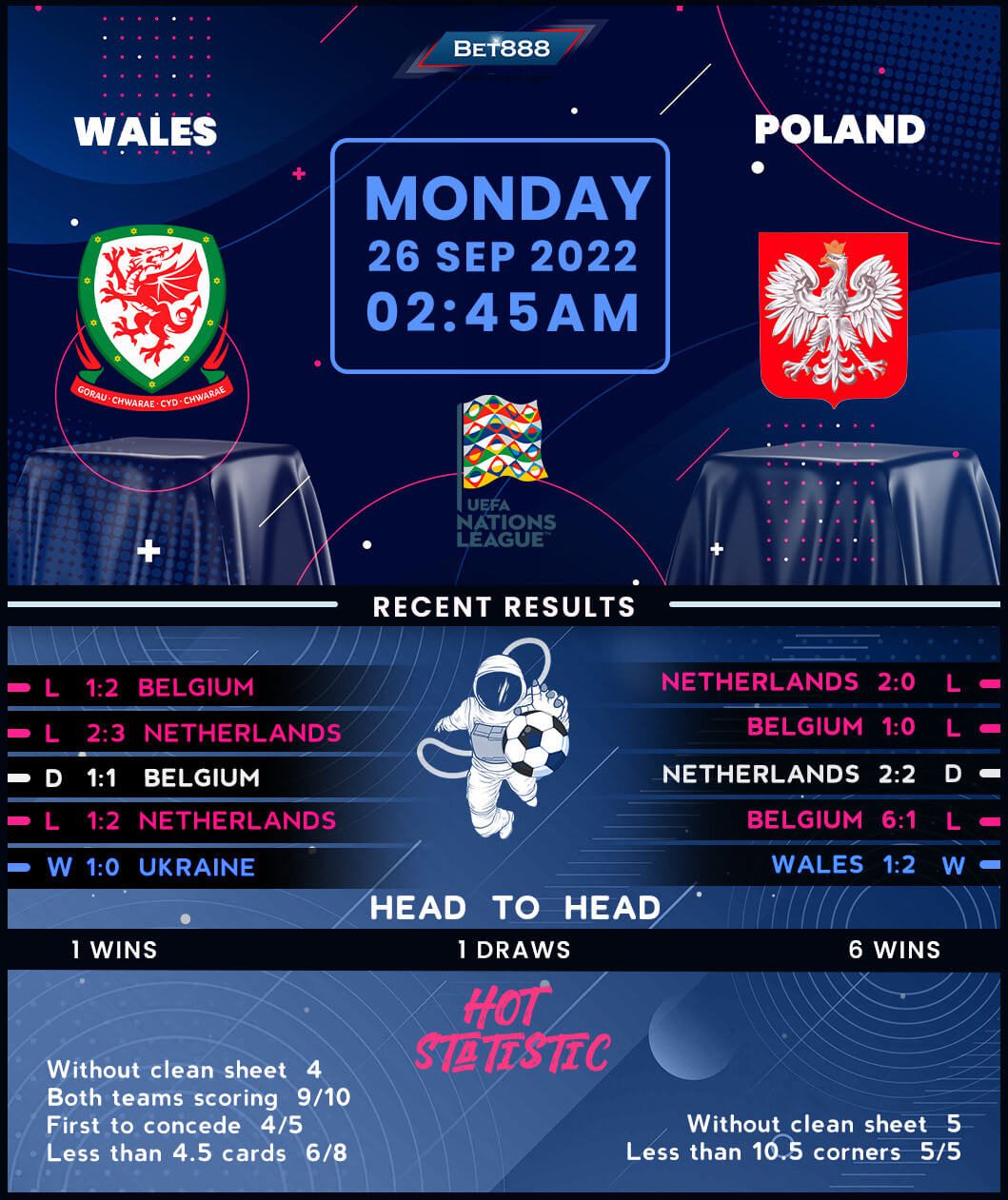