Ahmad bin Ali Stadium is the venue as Wales and Iran go head-to-head in a ‘make or break’ 2022 World Cup Group B showdown.

Wales’s second-ever foray into the World Cup finals and first since 1958 started with a hard-earned 1-1 draw against the United States in their Group B curtain-raiser. That result has made it six international fixtures without winning for the ‘Red Dragons’ (D2, L4), accounting for their worst run since losing five on the trot in 2011. Standout performer Gareth Bale, who scored an all-important equaliser against the US, may need to step up to the plate to resolve Wales’ scoring woes. Rob Page’s men have netted over 1.5 goals per game only twice in their ten outings in 2022, highlighting their uneventful frontline as the team’s weak link. Equally unimpressive at the back, they’ve failed to keep a clean sheet in their last six matches!

In the meantime, Iran found themselves on the receiving end of a 6-2 scoreline against England on matchday one, suffering their heaviest World Cup defeat. ‘Team Melli‘ cannot catch a break against European opposition at the World Cup finals, having won none of their nine encounters against UEFA-based nations (D2, L7) while conceding 20 goals across those matches. They also lost their only previous meeting with Wales, succumbing to a narrow 1-0 reverse in 1978. On top of that, their boss Carlos Queiroz laments a terrible World Cup managerial record (W2, D4, L5), even though his teams only conceded seven times in ten games before the England clash. But there’s a silver lining, considering the Iranians boast an eye-catching record of winning 12 of their last 15 competitive outings (D1, L2). 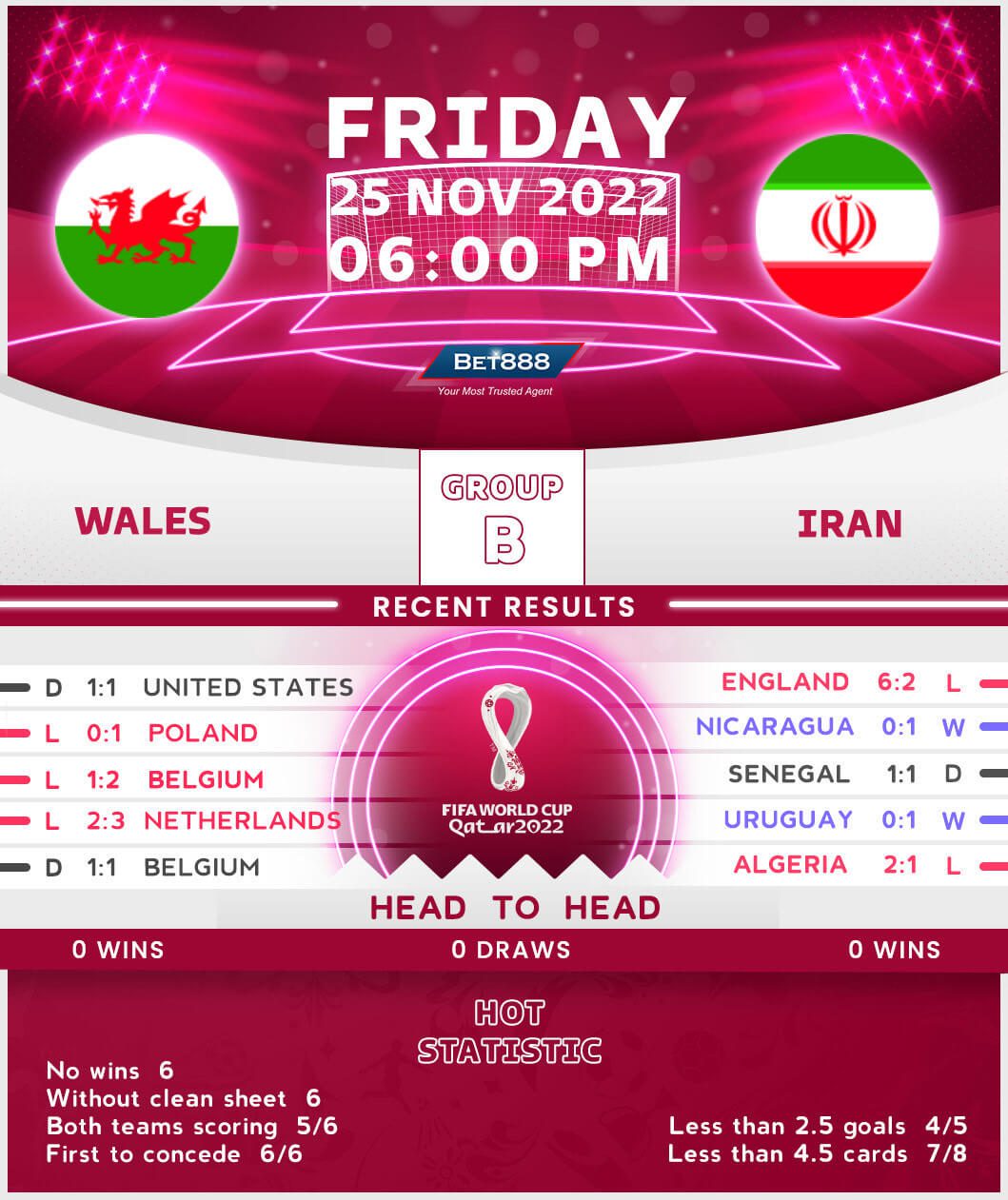