Sevilla will head towards Villanueva de la Serena to face-off against the local side Villanovense in Copa del Rey round of 32, as the match scheduled to take place at the Estadio Romero Cuerda.

The hosts compete in the Segunda Division B – Group 4 where they occupy the 18th place with just eight points after the opening ten fixtures. Apart from two triumphs over Badalona and Mutilvera in two previous Cup rounds, Villanovense only registered one victory in their respective division, which makes them the second-worst team in the league. With 12 goals conceded so far, Jose Manuel Roca Cases’ side have one of the weakest defensive records in Group 4, as they’ve only kept a clean sheet twice in the past nine games across all competitions. Moreover, Villanovense only achieved one league success in front of the home supporters, having lost twice while being held to two draws in the process.

On the other hand, Los Hispalenses have won seven out of the previous ten matches in all competitions, as they’ve lastly defeated Huesca at home by two goals to one. With 22 goals scored, the Andalusians have the second-best goal scoring record in La Liga behind Barcelona. But, Los Rojiblancos have bagged a brace in four out of five away games in the league, which makes them the most dangerous road team in the Spanish top flight. However, Sevilla’s principal problem concerns their defensive performance, as they’ve only managed to keep a clean sheet twice in ten league fixtures, having conceded a total of 13 goals so far. 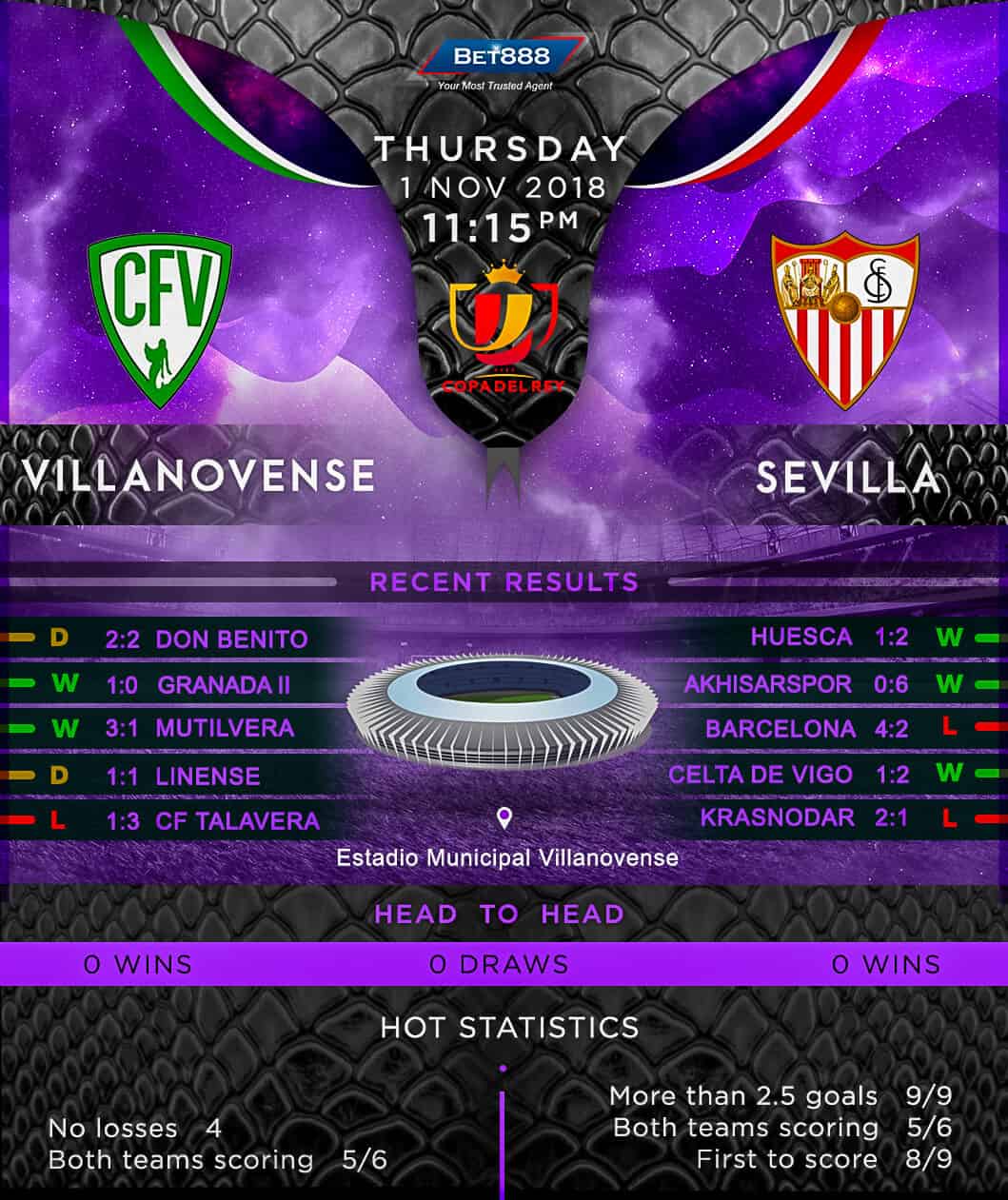