Back to the Champions League group stages for the first time since 2018/19, Plzen received a rather unwanted welcome gift at the Spotify Camp Nou, with Barcelona thumping them 5-1 on matchday one. Tipped for a bottom-place finish in this so-called ‘group of death,’ Michal Bilek’s men will hope to beat the odds and maintain their eye-catching eight-match winning home streak in European action, including qualifiers. It’s worth noting that Plzen netted 2+ goals in each of those victories, totalling 21 goals, which suggests they won’t be spectators in this one. However, the Czech Republic champions’ disastrous defensive record in Europe’s elite competition is a reason for concern as they’ve conceded a whopping 49 goals in only 19 Champions League outings.

On the other hand, last season’s Serie A runners-up Inter fell to a 2-0 home defeat to perennial German champions Bayern Munich in their Group C curtain-raiser. Simone Inzaghi’s men can ill-afford to drop the points in Plzen if they are to keep their hopes of progressing beyond the Champions League group phase for the second season running alive. Inter’s futile 1-0 win at Liverpool in the return leg of their 2021/22 Champions League last-16 tie gives them an opportunity to win back-to-back away matches in the competition for the first time since October 2011. Since they’re unbeaten in both previous Champions League meetings with Czech opponents (W1, D1), ‘I Nerazzurri’ should feel confident about sinking the section minnows. 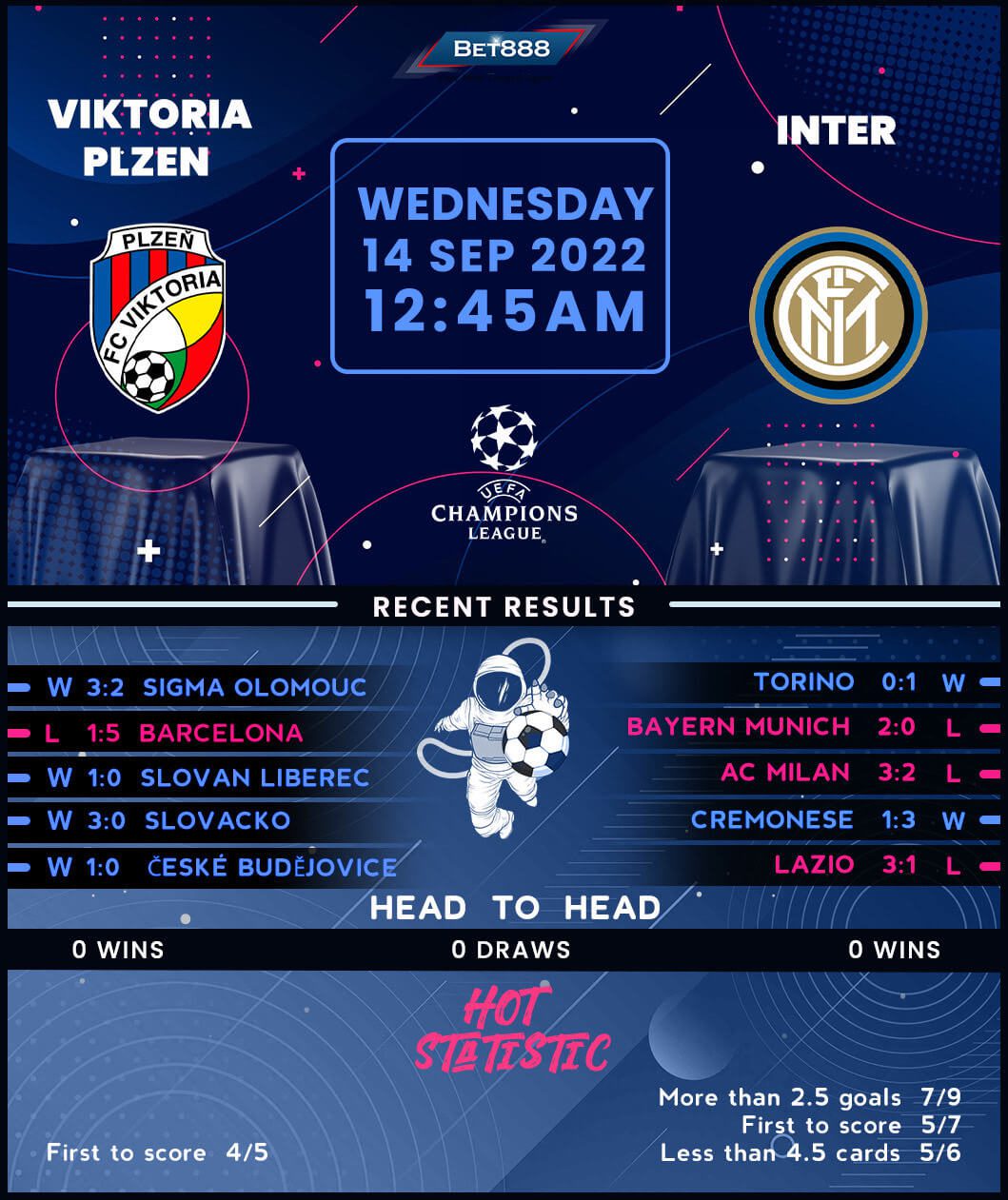