A top-table AFF Championship Group B six-pointer pits Vietnam and Malaysia against each other at the My Dinh National Stadium.

It’s been a dream Group B start for the last tournament’s beaten semifinalists Vietnam, as they netted four second-half goals in a 6-0 demolition of minnows Laos in the opening match. That success noticeably extended Vietnam’s winning streak in international football to six games, five of which saw them keep a clean sheet. Another convincing victory could be on the cards as the ‘Golden Star Warriors’ have won their last two AFF Championship showdowns against Malaysia without conceding, including a 3-0 thumping in the 2020 edition. Indeed, that triumph bookended Vietnam’s eye-catching run of four consecutive H2H wins over this opposition, three of which yielded a shutout.

Meanwhile, Malaysia got things underway in Group B with a hard-fought 1-0 triumph over Malaysia before humbling Laos 5-0 last time out to seize a top spot in the section. However, with Singapore and Vietnam both trailing by three points and having a game in hand, the ‘Tigers of Malaya’ cannot afford to rest on their laurels if they’re to make it out of the AFF Championship group stages for the first time since 2018. Kim Pan-gon’s men have hit a purple patch in December, winning all four internationals via an aggregate score of 13-0, meaning they’ll likely give the Vietnamese a run for their money. However, after failing to shut Vietnam out in any of their last 12 H2Hs, they cannot hope much about keeping a clean sheet in Hanoi. 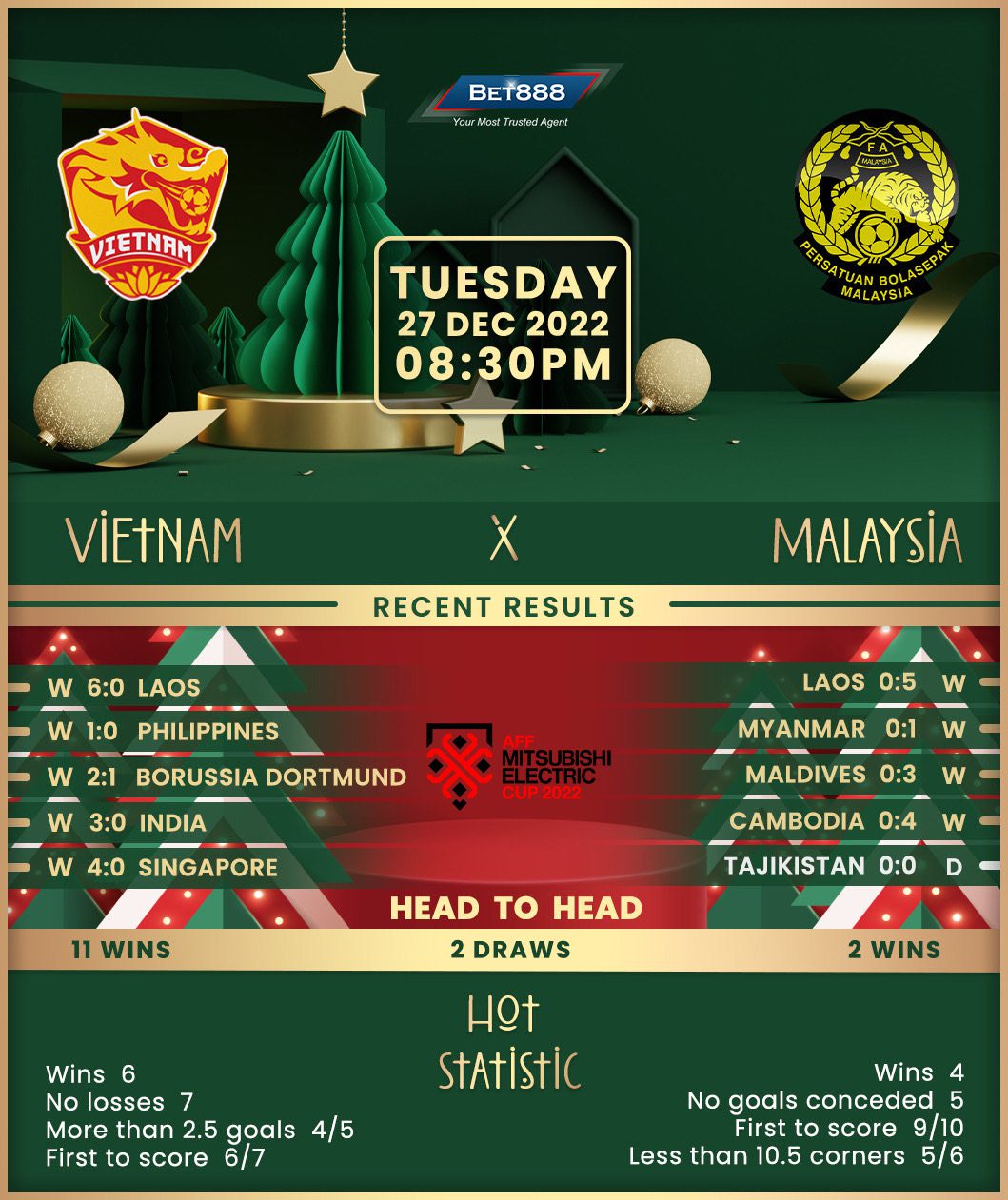