The Ventforet are going through a dreadful period, as they’ve only achieved two triumphs in the last eight matches in all competitions while losing five times in the process, including a 2-0 defeat to Machida at home in the Japanese J-League Division 2 last weekend. Tatsuma Yoshida anxiously urges his backline to step up their game, considering Kofu only managed to keep a clean sheet two times in the previous nineteen encounters.

On the other hand, the visitors, who are frantically trying to avoid relegation in the J-League, hope to save a disastrous season by winning the cup trophy. However, a record of seven defeats out of the last ten games resulted in Takahiro Shimotaira getting fired during the weekend, which left the club management dealing with a sizeable headache.

The four previous head-to-head meetings between these two teams ended up with less than three goals, while the last time the supporters saw goals on both ends was in the Emperors Cup game that took place in 2015.

Among the many injuries that trouble the home side, the most notable ones are those concerning Ryohei Arai, Toshio Shimakawa, Kota Mori, and Junior Barros. As for the visitors, the goalkeeper Kosuke Nakamura and the young centre-back Yuta Nakayama are going to skip the encounter due to some physical problems. 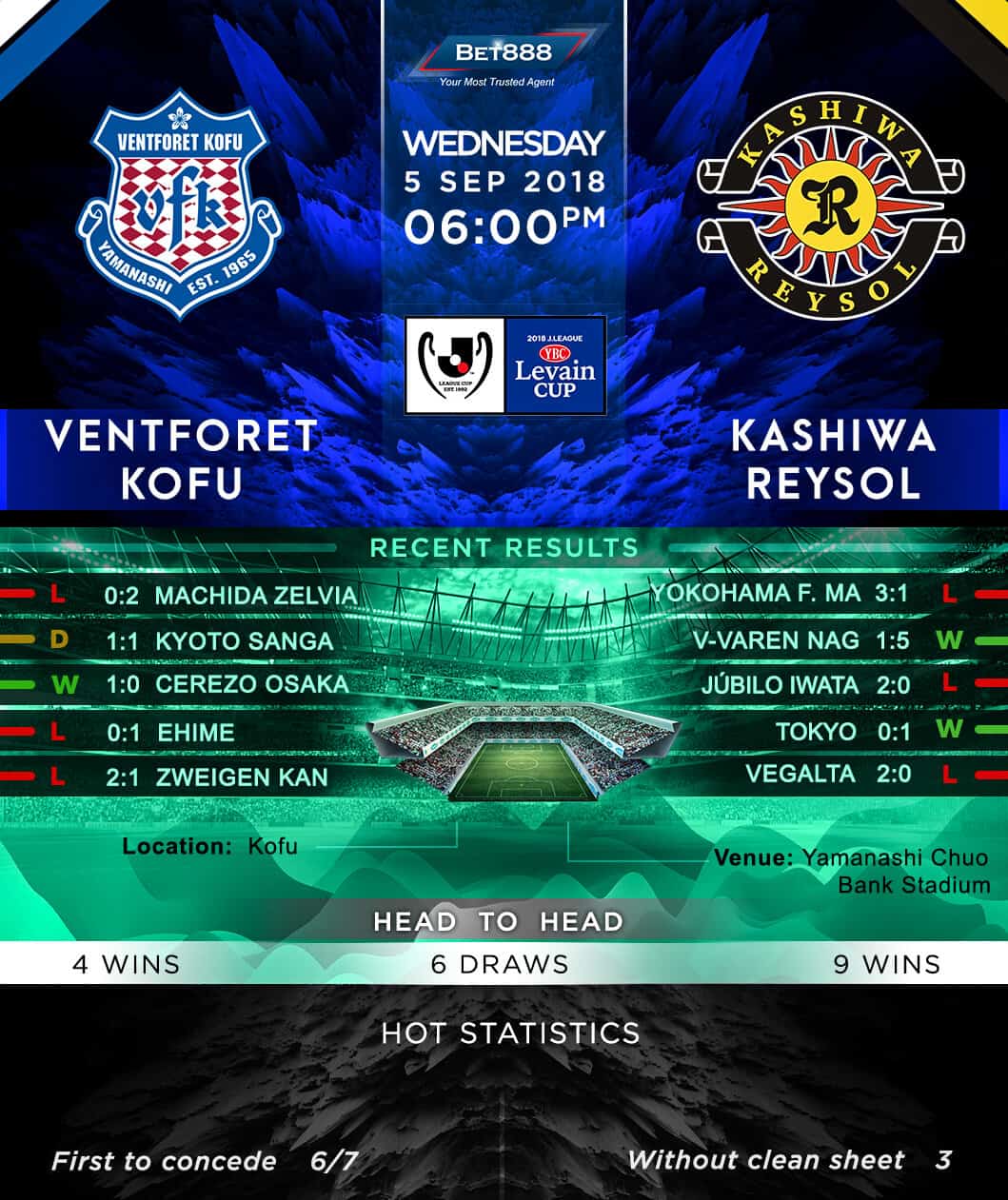