The Champions League encounter between Valencia and Manchester United that will take place at the Estadio de Mestalla won’t impact the standings in Group H, as the visitors already booked their tickets for the knockout stage, while the hosts continue their European adventure in the Europa League.

The Bats are experiencing a turbulent season highlighted by many ups and downs, but they’ve still managed to qualify for the Europa League knockout stage. Sitting third in Group H, the Spanish giants have secured one win and two draws while suffering two defeats in their opening five Champions Leauge fixtures. Apart from a scoreless draw at Old Trafford, the Oranges have failed to keep a clean sheet in their remaining four outings, while they’ve struggled to hit the back of the net two times in the process. What’s more, Marcelino Garcia Toral’s men have suffered two losses in their last four competitive games, only beating the Spanish lower-league outfit Ebro in Copa del Rey during the run.

Unbeaten in their last five competitive meetings (W2, D3), the visitors come into this encounter looking to stretch a promising run and also clinch their third consecutive CL triumph. Although the Red Devils have immense problems in the Premier League this campaign, Jose Mourinho has managed to lead his players to the Champions League knockout stage. The 3-time Champions League winners have secured three wins and played out one draw while suffering one defeat in their opening five European fixtures. Two of United’s three victories away on the road, with the Red Devils beating Young Boys 3-0 on the opening matchday before performing a stunning comeback in Turin to outplay Juventus. 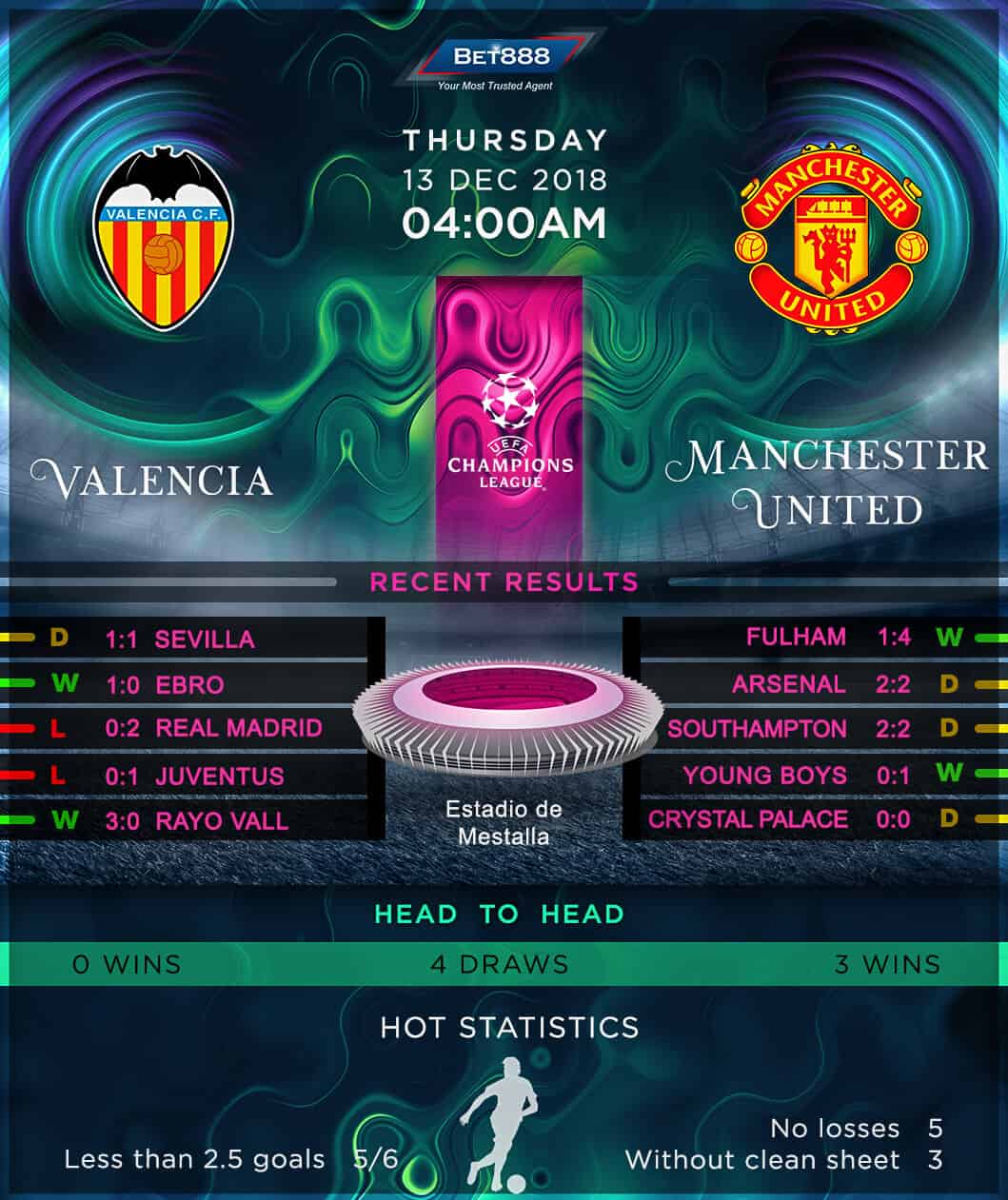