La Liga clash between Valencia and Huesca at the Estadio de Mestalla will see the two worst goalscoring teams in the Spanish top flight facing each other.

Although unbeaten in their last four competitive encounters, the Bats have failed to win their previous three La Liga clashes, playing out back-to-back draws with Sevilla and Eibar after losing 2-0 to Real Madrid. However, the Oranges have racked up a five-game lossless home run in all competitions, securing four wins while being held to one draw in the process. Still, no team has more draws than Valencia (10) in the league this campaign, with just two out of their opening 16 La Liga meetings producing over 2.5 goals. Marcelino García Toral’s principal problem ahead of this battle could be the fact his players have failed to score more than one goal per match in all of their eight home games this term, which is the worst tally in the Spanish top flight.

Meanwhile, rooted to the bottom of the table as one of two teams that have suffered ten losses in the opening 16 La Liga outings, the visitors are desperate to end a disastrous six-game road losing streak. Their tally of 21 goals conceded in eight road clashes so far is the league worst, with Huesca allowing a minimum of two goals per match on six occasions ahead of this round. What’s more, Francisco Rodriguez’s players are yet to keep a clean sheet in all 16 league matches, which is by far the worst record in the Spanish top-tier competition. The returnees have also struggled to hit the back of the net seven times since the start of the season, more than any other side in La Liga. 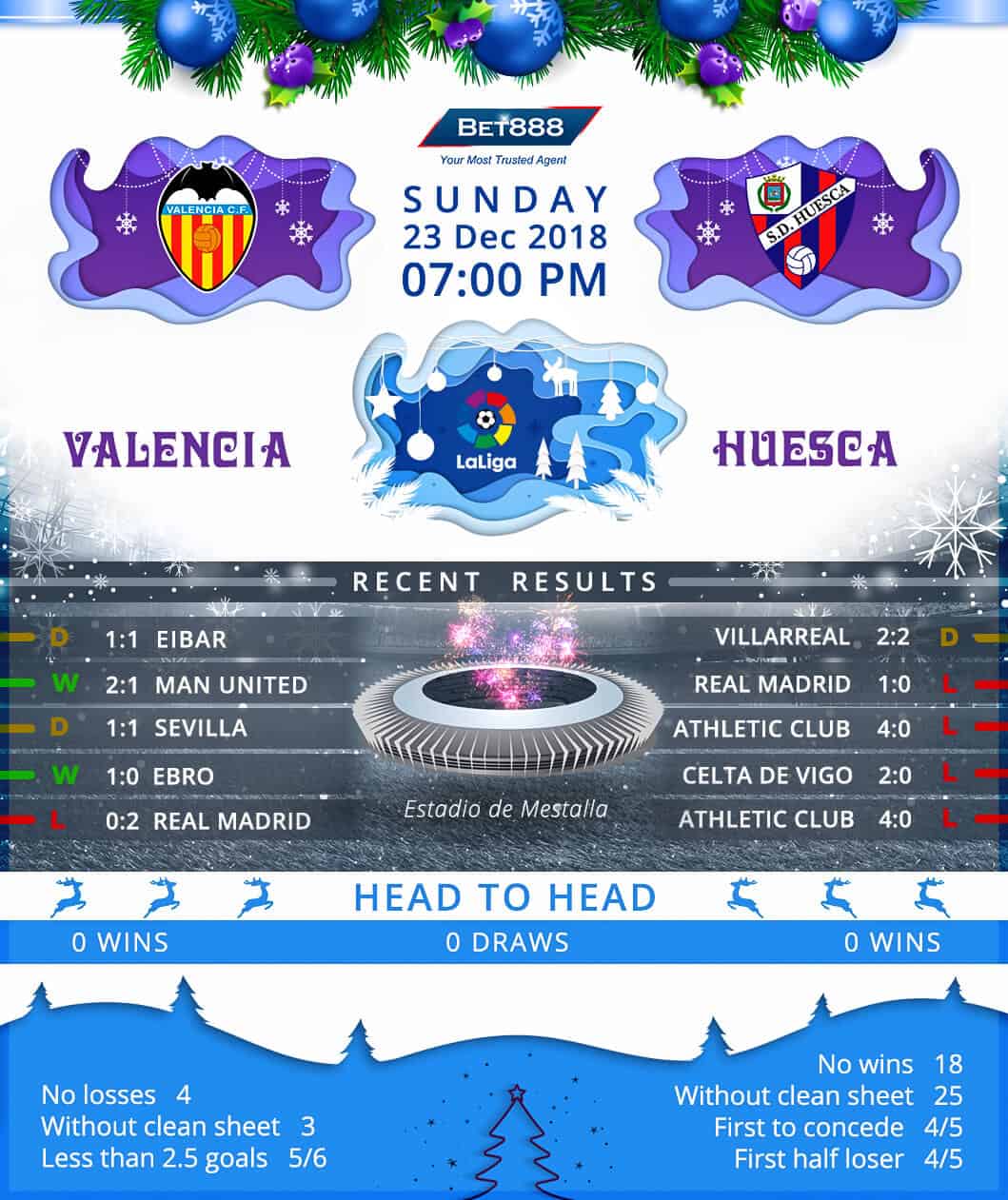