At the Mestalla Stadium, the home team Valencia will host Bayer Leverkusen in one of the most interesting club friendlies this weekend. After a remarkable last season when they have managed to secure the Champions League football, the Oranges started preparing themselves for the new season immediately after the conclusion of the World Cup, as they so far featured in five control matches. Following a 2-1 win over Galatasaray in the first summer friendly, the Bats have failed to achieve a victory three times in a row, as they have drawn two times, 0-0 with Lausanne and 1-1 with Leicester City, while PSV walked away with a 2-1 win. However, the Spanish side recorded a 2-3 triumph over Everton last weekend, which could be quite helpful in boosting the morale of the squad ahead of the most difficult summer task which will be the encounter against Bayer Leverkusen. The Company XI, on the other hand, are yet to lose a game after the end of the last season, as they have achieved five wins and one draw in six friendlies they have played this summer. After five consecutive wins in which they haven’t conceded a goal, Heiko Herrlich’s team drawn 1-1 with Istanbul Basaksehir before recording another win, this time 1-0 over the Saudi Arabia side Al Wehda.

Both managers are expected to have all of their key players fit and ready for the encounter. 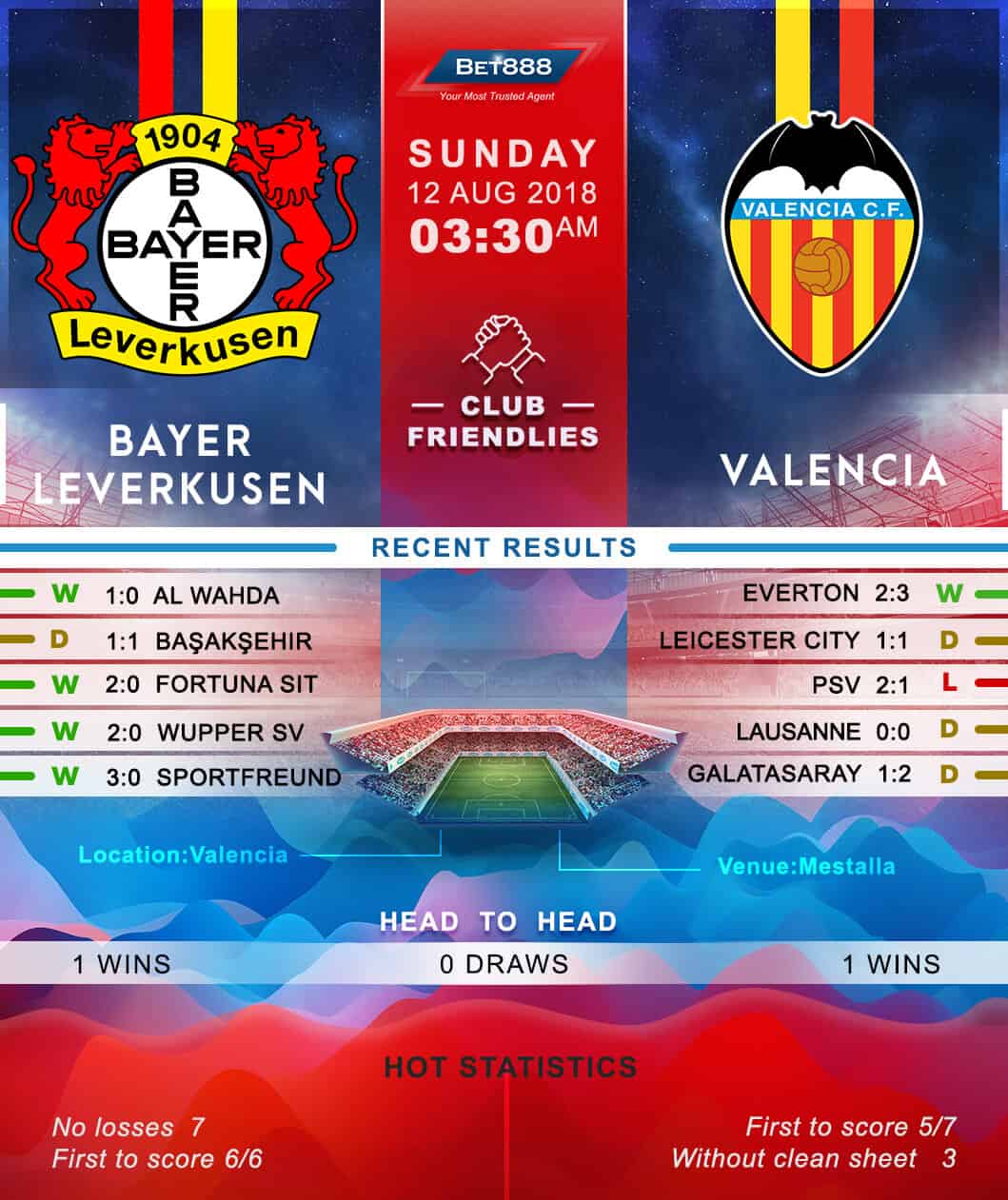