After an impressive 4-2 win over Tottenham Hotspur in the Champions League, Barcelona will be traveling to the Estadio Mestalla to face-off against Valencia, hoping to end a 3-game winless streak in La Liga.

The Bets snatched a 0-0 tie in midweek’s Champions League clash with Manchester United, which was their sixth draw this season, including five they’ve played out in La Liga. Marcelino Garcia Toral’s players seem to be struggling to find the right rhythm in this campaign, as they’ve only clinched one triumph by defeating Real Sociedad by a narrow 1-goal margin. The Bats have also suffered two losses so far to Espanyol in the national championship and Juventus in the Champions League. Additionally, Valencia’s last home win over Barcelona dates back to 2008, when they outscored the Catalans in the Copa del Rey.

Meanwhile, the holders are topping the table at the moment, but they seem to have some continuity problems, which was not the case in the past seasons. After capturing four consecutive league victories at the start of the campaign, the Blaugrana notably dropped in form, having been held to two home draws to Athletic Bilbao and Girona. The Catalan giants have already lost once in La Liga, with Leganes pulling off a stunning second-half comeback to grab an impressive 2-1 win in front of the home crowd.

Santi Mina and Ferran Torres are sidelined with injuries in the home squad, while Sergi Roberto, Samuel Umtiti, Carles Alena, and Malcom won’t be included in Barca’s team after picking up injuries. 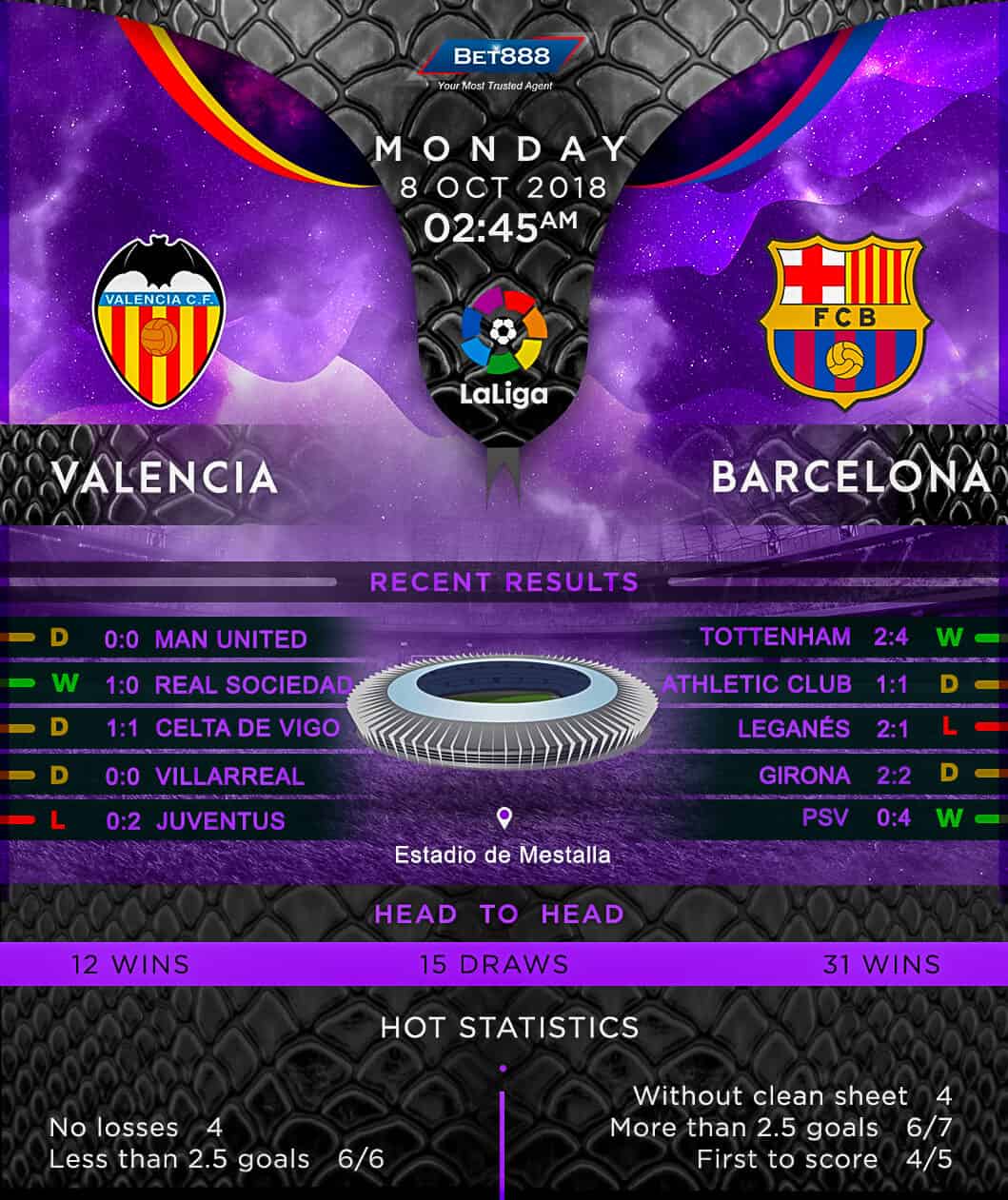