Jose Maria Gimenez’s header in the final moments of the match against Egypt has secured Uruguay the first victory at the final tournament, with La Celeste set to face off against Saudi Arabia, looking for a win that will bring them one step closer to the knockout stage. Arguably the best team in Group A alongside Russia, have suffered a lot against the African side in the opening match, often struggling to break down Egypt’s stubborn defense, but eventually managed to take all three points, while the Green Falcons got demolished by the host nation, Russia, by five goals to nil. Juan Antonio Pizzi’s team is the only national team at the World Cup that doesn’t have a single player who played in some European club last season, and they are the lowest ranked team in FIFA World Rankings, which is why the South American giants have to achieve a routine victory if looking to repeat the last World Cup result and go past the group stage.

Luis Suarez, who missed a few clear-cut opportunities against Egypt, is expected to lead Uruguay’s attack alongside the likes of Edinson Cavani and Giorgian De Arrascaeta. On the other hand, three of the best Saudi Arabia’s players, Mohammad Al-Sahlawi, Nawaf Al Abed, and Fahad Al-Muwallad should all be included in the starting line-up. 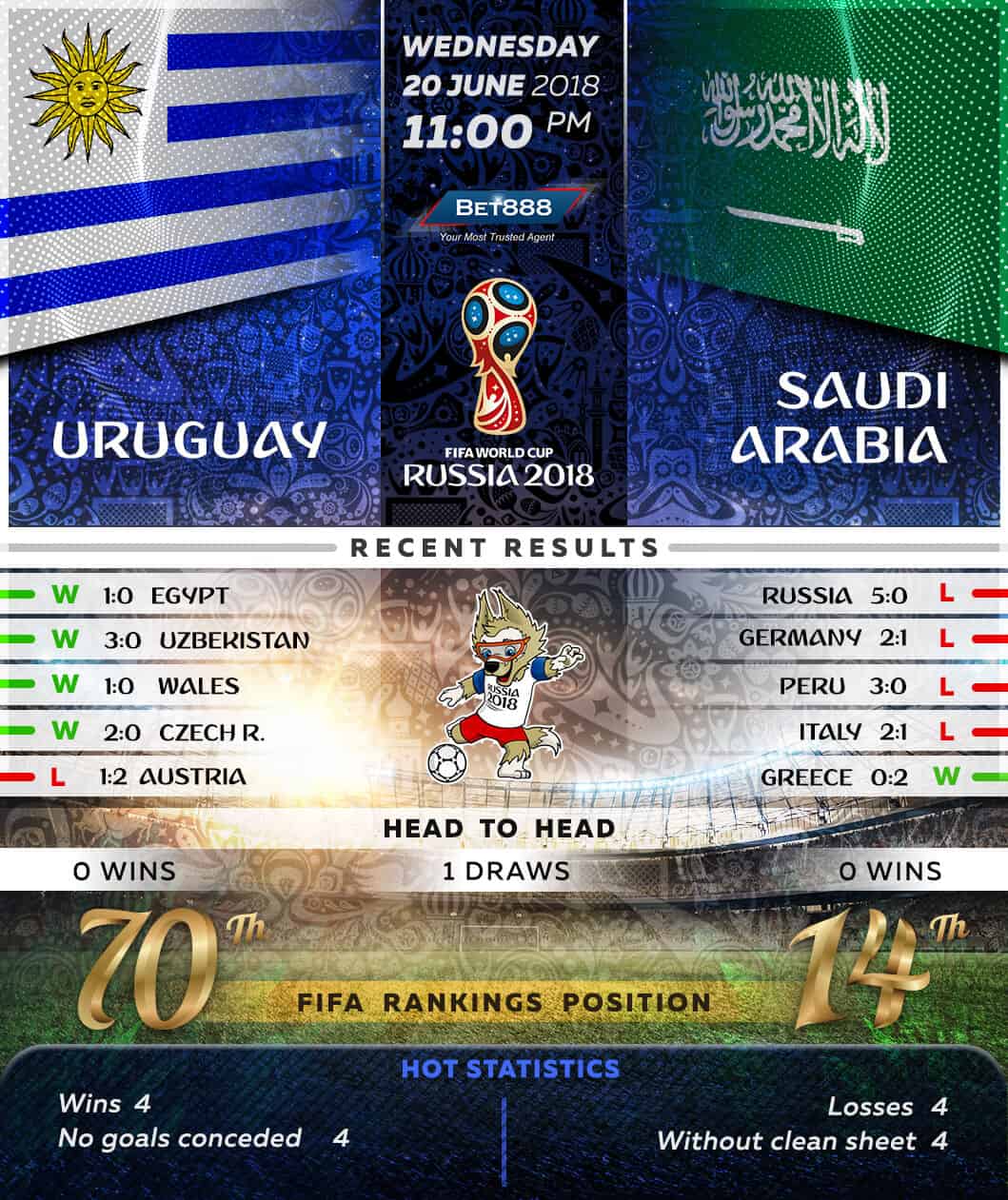