At the Fisht Olympic Stadium in Sochi, the winners of Group A, Uruguay, will battle against the runners-up of Group B, Portugal, for the place in the quarter-finals. After two uninspiring victories over Egypt and Saudi Arabia, both by a narrow one-goal margin, La Celeste showed glimpses of their potential against the hosts, Russia, demolishing the Sbornaya by three goals to nil in the third match of the group phase, thus, securing the top place in their respective group. Led by the likes of Edinson Cavani and Luis Suarez, the South American team has one of the most devastating attacks of the tournament, and Jose Fonte and Pepe have to be at their very best to stop two rampant strikers. A Seleção das Quinas experienced many troubles in the group phase, barely ensuring their place among the top sixteen teams at the World Cup, mainly thanks to Cristiano Ronaldo, who scored four out of five goals Portugal bagged so far. After an impressive 3-3 draw against Spain, Fernando Santos’ team managed to defeat Morocco by one goal tonil and pulled off a stressful 1-1 draw with Iran, who had a marvelous opportunity to eliminate them in the closing moments of the match, but Mehdi Taremi failed to convert that glorious chance.

Jose Maria Gimenez should replace Sebastian Coates in the three-man defensive line, while Lucas Torreira who impressed against Russia, might start the game from the first minute. On the other hand, Bernardo Silva and Goncalo Guedes might be on their way back to the starting line-up, as both, Joao Mario and Andre Silva, struggled against Iran. 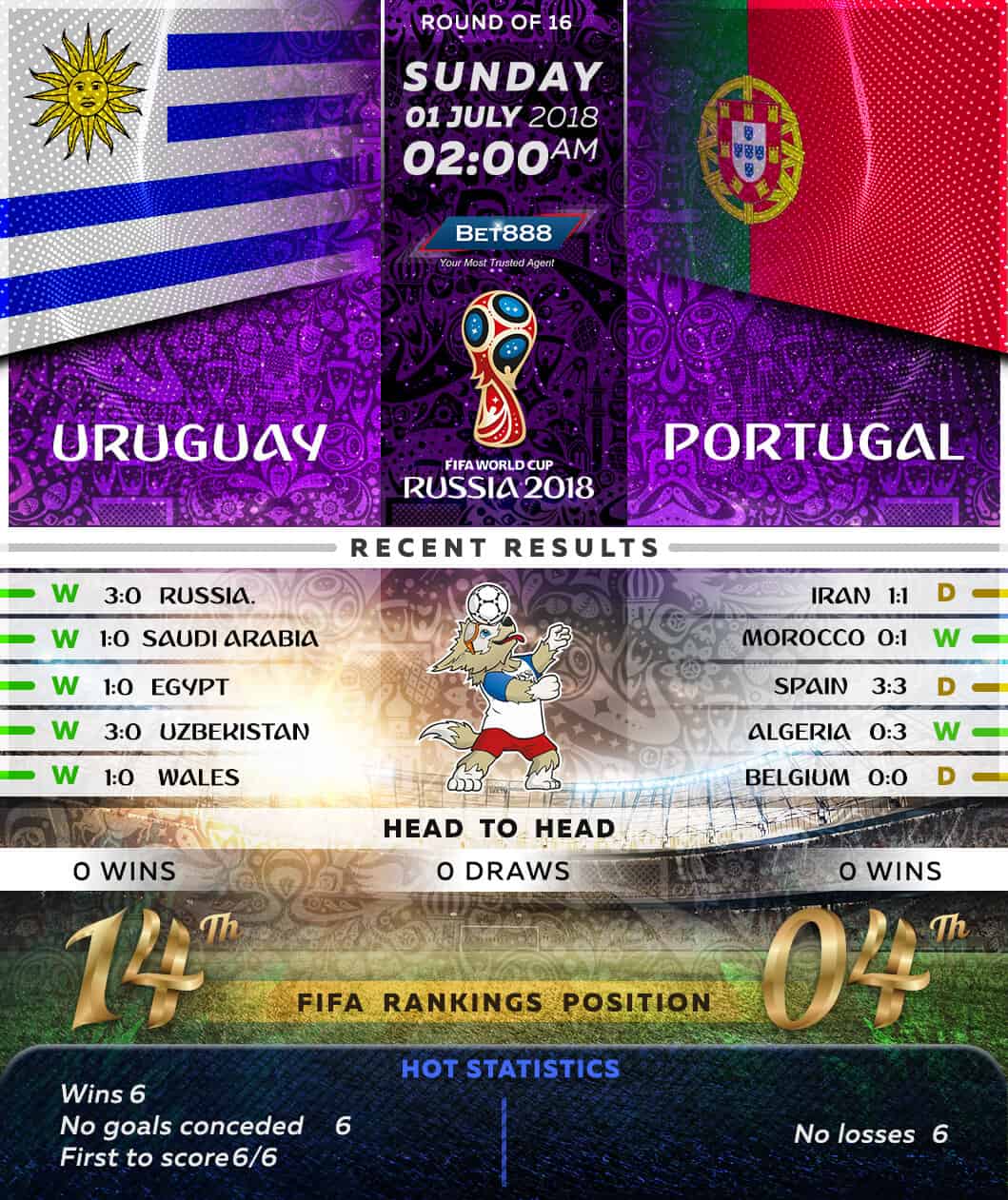