The South America derby between Uruguay and Brazil will take place at the Emirates Stadium in London, as Uruguay desperately hope to end a disastrous 9-game winless streak against the big rivals.

Although La Celeste showed some stunning performances during the World Cup group stage, they’ve failed to qualify for the semi-finals after suffering a 2-0 loss to France. However, Los Charruas have struggled to live up to expectations in the post-World Cup period. Oscar Tabarez’s players have lost two straight friendlies to South Korea and Japan following an impressive 4-1 triumph over Mexico. Furthermore, Uruguay have conceded four goals against Japan, which was the first time they’ve allowed so many goals since a 4-1 loss Brazil in March 2017. On the other hand, Luis Suarez, Edinson Cavani, and their fellow international teammates have scored at least one goal in eleven out of the previous twelve encounters across all competitions.

As for Brazil, they’ve won all four international friendlies in the post-World Cup period, including the one against Argentina during the last international break. Before outplaying the arch-rivals, the Selecao have defeated Saudi Arabia, El Salvador, and the United States, scoring at least two goals in each of those wins. Moreover, Tite’s players have kept a clean sheet in all the aforementioned games. The main strength of this Brazil team is their impressive defensive game, considering they have 16 clean sheets in the previous 20 matches, as they are yet to allow more than one goal under Tite’s tenure. Meanwhile, Neymar and company have notched at least one goal in 15 out the past 16 games, scoring a brace eleven times in the process. 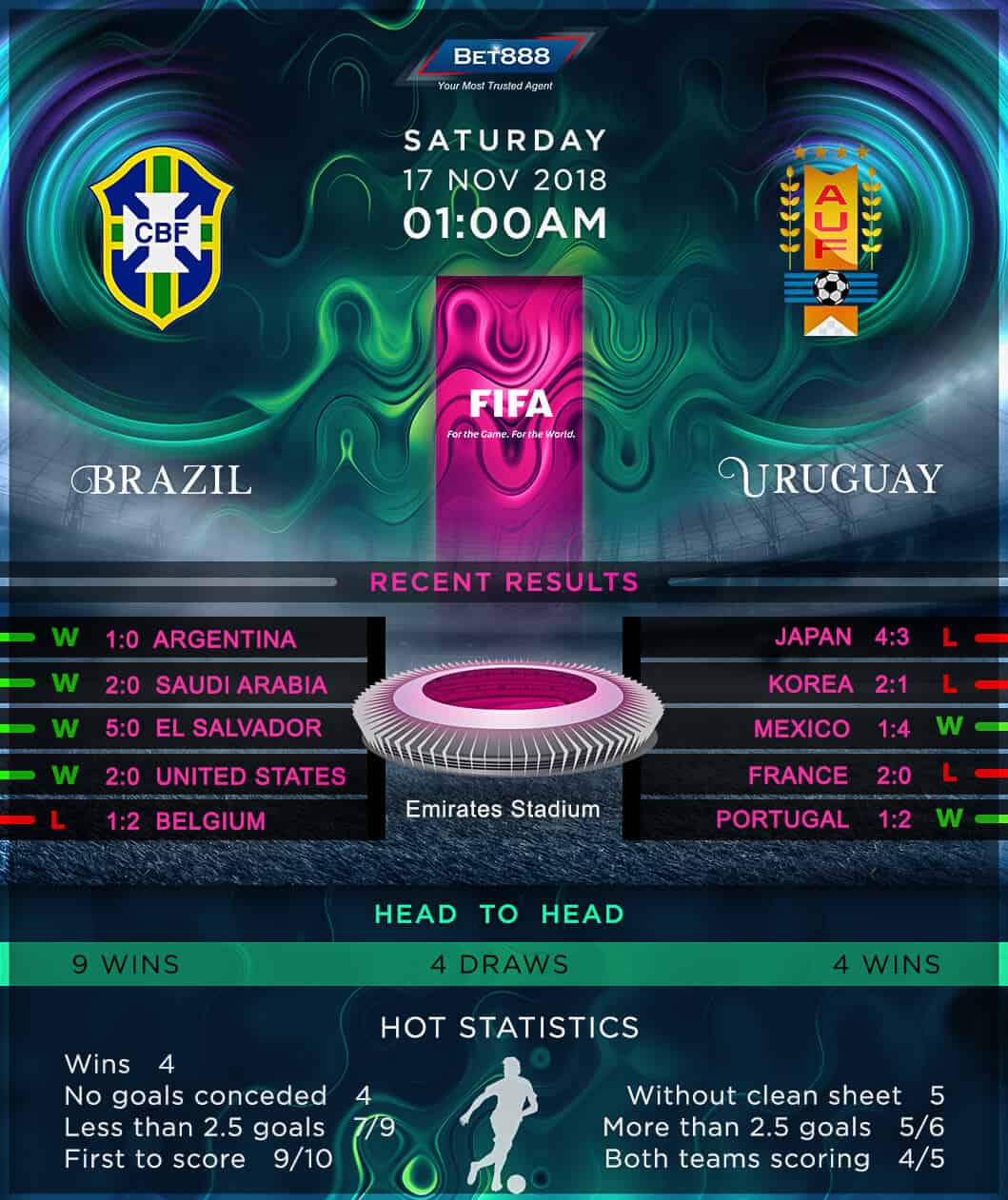