After suffering a 4-2 defeat to Colombia last week, the United States will host Peru in an international friendly that will take place at the Rentschler Field in East Hartford, Connecticut.

The Stars and Stripes are not going through the best of times, considering they’ve three out of the past five encounters, barely defeating Mexico in the process. The interim head coach Dave Sarachan has decided to shake things up a bit by introducing a few new faces into the first-team squad, but a lack of experience seems to be the principal reason the Yanks are struggling to find the rhythm. The US have only managed to keep a clean sheet once in the previous five games, conceding at least two goals on three occasions.

Meanwhile, La Blanquirroja have lost two straight games to the Netherlands and Germany following the World Cup elimination. Although they’ve shown some encouraging performance in Russia, Los Incas were not able to resist against Denmark and France, which ultimately cost them an early exit. However, Ricardo Gareca’s team crashed Chile last week by three goals to nil, having demonstrated some impressive pieces of an attacking football in the second half.

According to the sources close to the US team, David Sarachan is going to make a number of changes compared to the line-up that played against Colombia. As for the visitors, Pedro Aquino who scored a brace versus Chile is expected to start from the first minute. 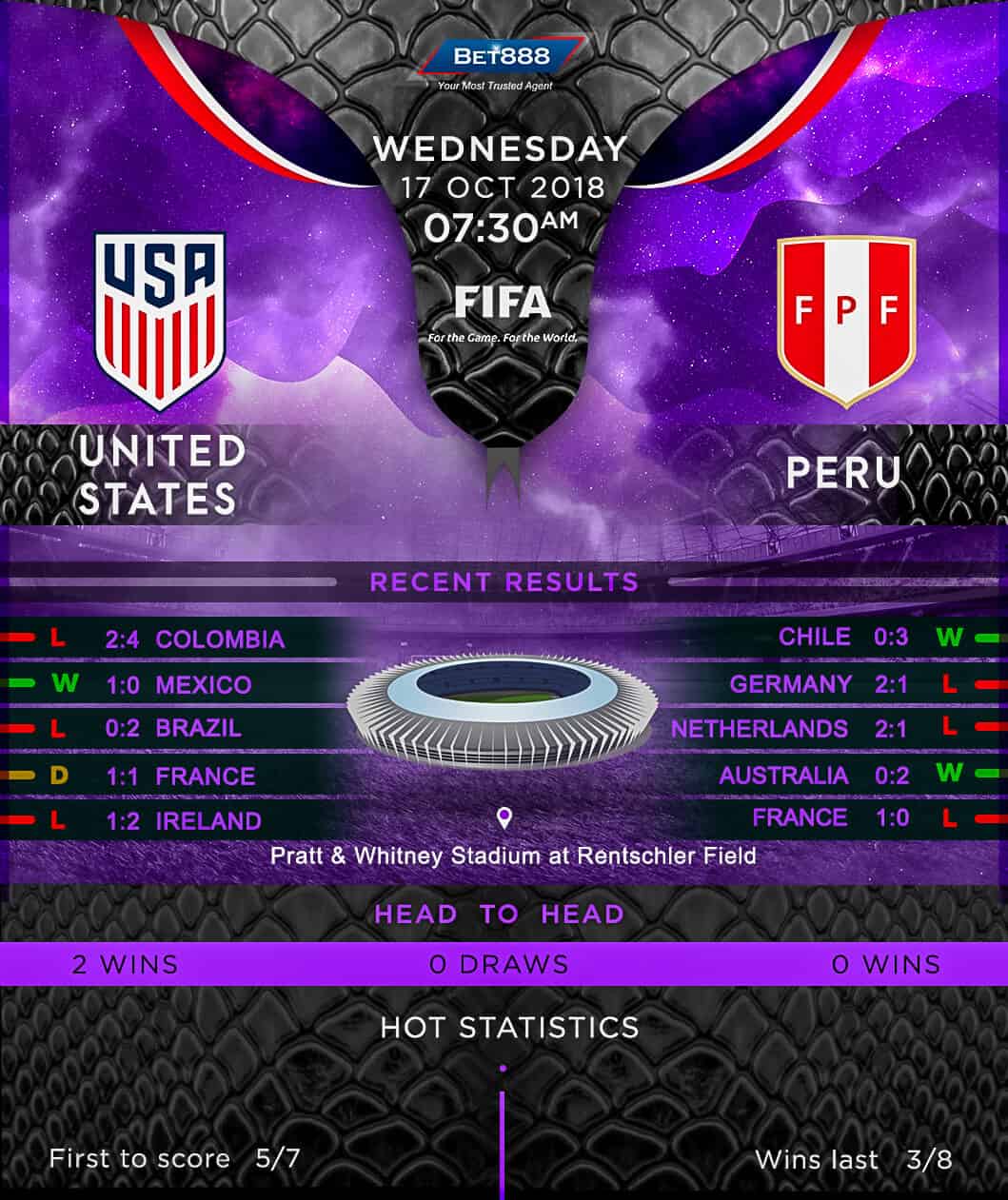