After ending a 3-game winless streak against Mexico, the United States will host Colombia at the Raymond James Stadium in Tampa, Florida, hoping to start a winning streak.

Before beating El Tri, the Stars and Stripes have lost to Brazil and the Republic of Ireland, while playing out a surprising 1-1draw France. The interim manager Dave Sarachan hopes his side can bounce back from a disappointing World Cup qualifiers where they’ve finished 5th, behind the likes of Honduras, Panama, and Costa Rica. Under Sarachan’s guidance, the Yanks have defeated two South America sides, Bolivia and Paraguay, while their only loss came against the Selecao.

On the other hand, despite a slow start of the World Cup final tournament, Los Cafeteros have raised their game and defeated Poland and Senegal to secure the passage to the round of 16. However, England appeared to be mentally superior and eventually advanced to the quarter-finals after a penalty shoot-out. Still, the Tricolors have clinched a 2-1 triumph over Venezuela in a friendly challenge immediately after returning home, after which they’ve been held to a 0-0 draw to Argentina.

The experienced Atlanta United goalkeeper Brad Guzan has returned to the national team, as well as, Toronto FC midfielder Michael Bradly. But, the most notable name in the home squad will be the one of Christian Pulisic, the in-form Borussia Dortmund forward. As for the visitors, Radamel Falcao and James Rodriguez headline a 24-man Colombian team accompanied by an almost entire squad that featured in Russia. 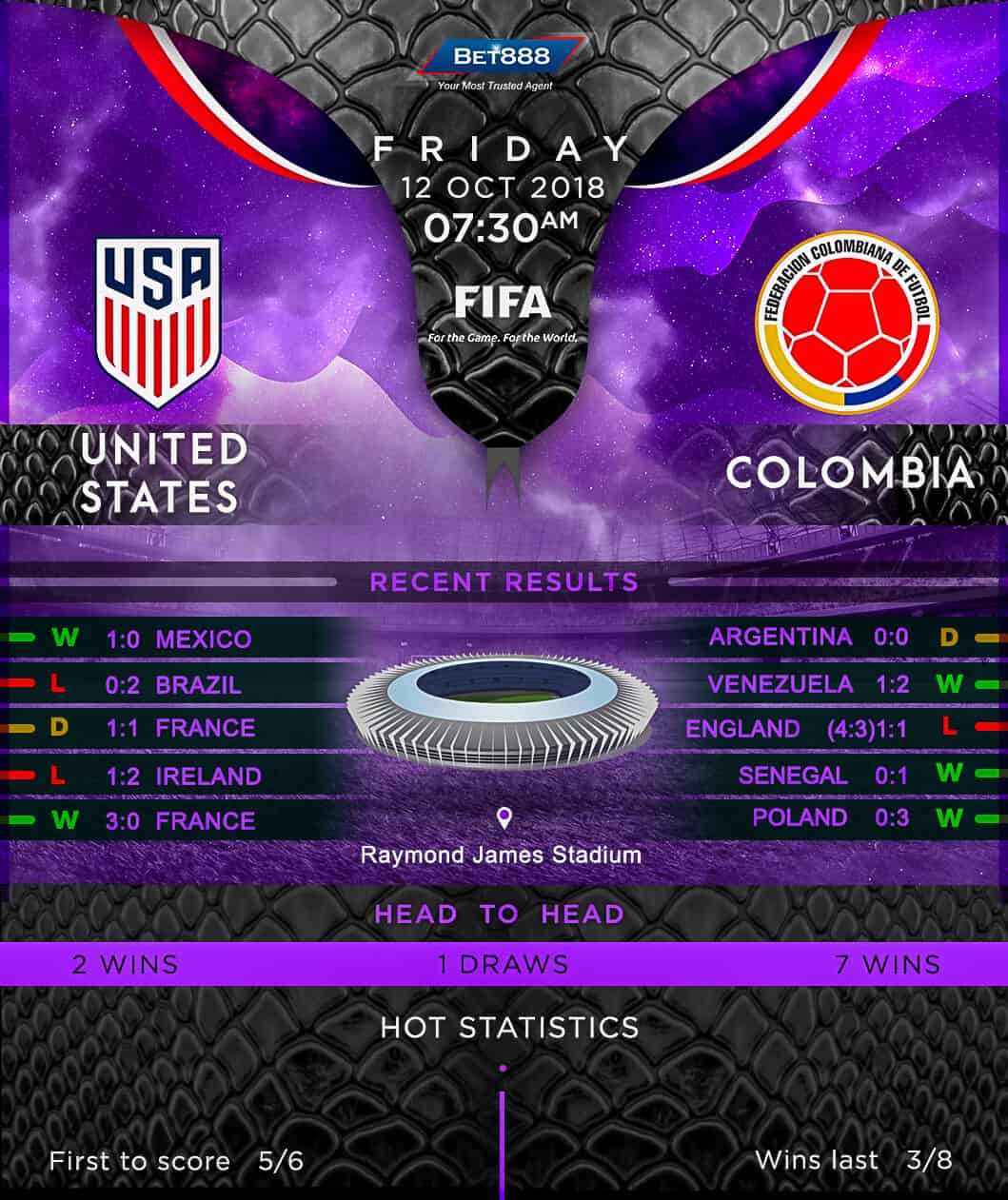