Stadion An der Alten Försterei is the venue as Union Berlin and RB Leipzig go head-to-head in an exciting Bundesliga encounter.

Union Berlin’s new Bundesliga season got off to a promising start as they eked out a 3-1 home triumph over cross-town rivals Hertha BSC on the opening weekend. Despite an uneventful goalless draw away to Mainz 05 last time out, ‘Die Eisernen’ head into this encounter with their confidence at an all-time high after winning three successive Bundesliga meetings with Leipzig. Having put together their best-ever top-flight start (W1, D1), Urs Fischer’s men will take the field unbeaten in nine Bundesliga matches (W7, D2) spanning across multiple seasons. Optimism is bursting at the seams as Union Berlin seek victories in their opening two Bundesliga home outings for the first time in the club’s history.

Meanwhile, Leipzig’s new domestic campaign suffered an underwhelming start as they fell to a 5-3 German Super Cup loss to perennial Bundesliga champions Bayern Munich. Things have failed to improve in the Bundesliga, with Domenico Tedesco’s side drawing their opening two league matches, including a morale-crushing 2-2 home stalemate last time out. After experiencing their worst two-game league start in the club’s history, ‘Die Roten Bullen’ will be eager to arrest a two-match losing Bundesliga streak away to Union Berlin, with both defeats in this spread of H2Hs yielding an identical 2-1 scoreline. That’s easier said than done, with Leipzig racking up just four wins from their last 15 away Bundesliga outings (D6, L5). 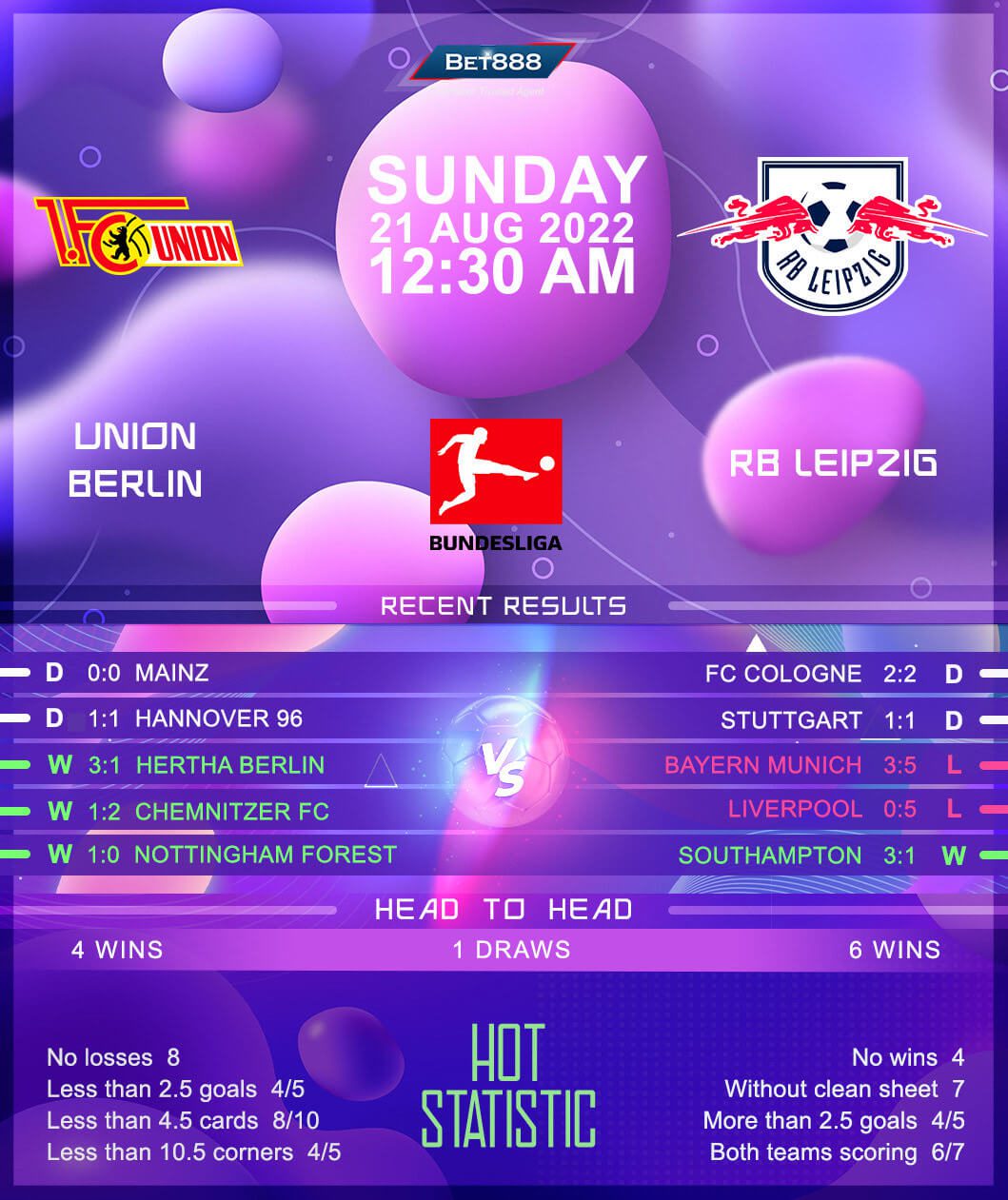