Ukraine will host Slovakia at the Arena Lviv in their opening match of the UEFA Nations League after both sides missed out on the 2018 FIFA World Cup in Russia.

The Yellow-Blues have finished third in their respective World Cup qualifying group, behind Croatia and Iceland, although they’ve had a chance to eliminate the Blazers in the final fixture in front of the home supporters. However, Andrej Kramaric’s second-half brace ended their hopes of reaching the final competition for the third successive time. After the end of the qualifiers, Andriy Shevchenko’s team featured in five international friendlies, achieving three wins while playing out two draws, but the encounter with Slovakia will be only their first competitive match in 2018.

The Falcons, on the other hand, finished the World Cup qualifiers as the worst second-placed team in the UEFA region, thus losing the opportunity to battle their way to Russia through the playoffs. Their first friendly match after the qualifying period was precisely against Ukraine, and it was one of two losses they suffered in the last seven games, with the second one came against Morocco earlier in the summer. Ján Kozák’s players had a quite simple task of beating the severely weakened Denmark side during the midweek, but a routine 3-0 victory is a promising overture ahead of a trip to Lviv.

West Ham forward Andriy Yarmolenko, Schalke winger Yevhen Konoplyanka, and Shakhtar Donetsk playmaker Marlos should represent the main threat to Martin Dúbravka’s goal, while Vladimir Weiss, Marek Hamsik, and Robert Mak expected to be the ones to create the most troubles on the other end. 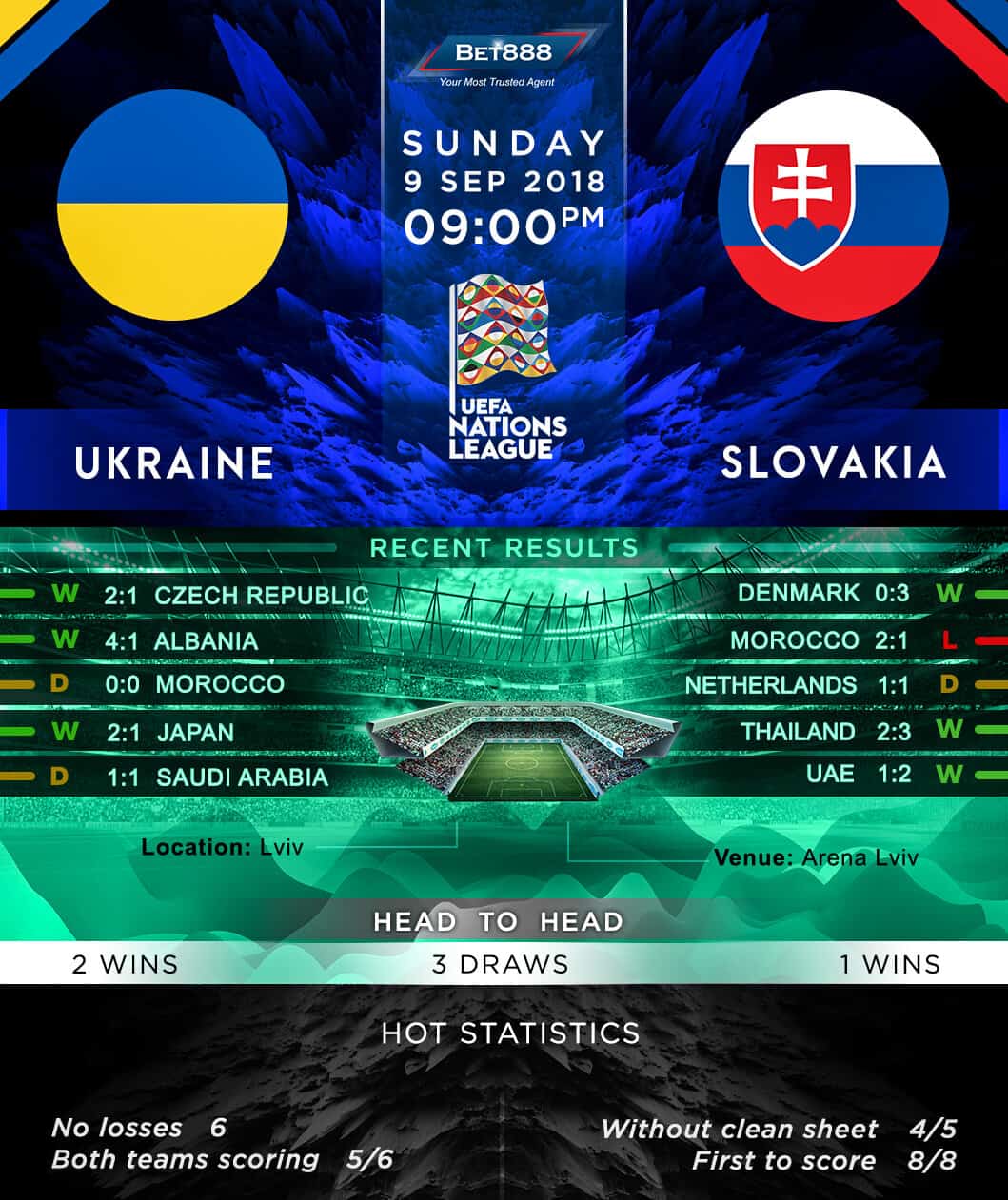