Missing out on the Champions League football would be a major disappointment for Roma fans, and their club is under severe pressure to achieve a positive outcome at Dacia Arena against Udinese. But, the Friulian White-blacks are known as fierce hosts, and this visit could be another stumbling block in Roma’s turbulent season.

The Yellow and Reds are struggling away from the Stadio Olimpico, as they have only managed to win one out of their last five away games. Udinese have bagged eight goals in their previous four home matches, but scoring against Eusebio Di Francesco’s team that conceded just six goals on the road would be considerably difficult. The Little Zebras are desperate to end the 9-game losing streak against Roma, and considering the visitors’ recent displays, this could be the right opportunity.
Massimo Oddo is denied for the services of the left-back, Ali Adnan, but he is much more concerned about the condition of Kevin Lasagna, who has been in outstanding form over the last couple of months.

The prosperous youngster, Luca Pellegrini, and last summer’s acquisition, Rick Karsdorp, are both sidelined due to knee injuries. Maxime Gonalons, who has sustained a calf injury, will probably stay in Rome for additional medical tests. 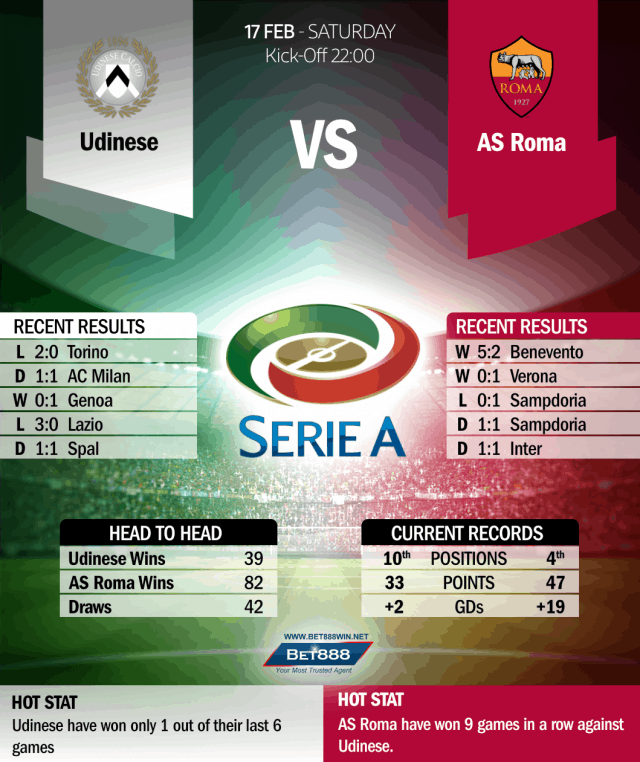