The out-of-form Udinese will take on Napoli at the Dacia Arena in Udine, hoping to end a 3-game league losing streak.

With a record of two wins, two draws, and four defeats, the Friulian White-blacks currently occupy the 15th place with a 3-point lead over the teams from the relegation zone. Although the Little Zebras defeated Sampdoria in their opening home game, they’ve struggled in the following three matches, having suffered two straight losses while playing out a 1-1 draw with Torino in the process. A 25% of Udinese’s home games ended with more than two goals although they’ve only kept a clean sheet once in four encounters in front of their fans.

On the other hand, Gli Azzurri notably raised their game following a shaky start of the season, but they already trail Juventus by six points. The Little Donkeys are the only Serie A team along with Sassuolo to win two matches after conceding first, as they’ve pulled off two stunning comebacks against AC Milan and Lazio. However, Carlo Ancelotti’s players are yet to keep a clean sheet on the road, which also cost them two losses, to Sampdoria and Juventus, in which they’ve conceded six goals combined. In addition to Genoa, Napoli are the only Serie A side whose all away clashes ended with three or more goals.

Julio Velazquez won’t be able to count on Svante Ingelsson, Agyemang-Badu, and Darwin Machis, while Ancelotti won’t have Amin Younes, Faouzi Ghoulam, Vlad Chiriches, and Alex Meret at his disposal. 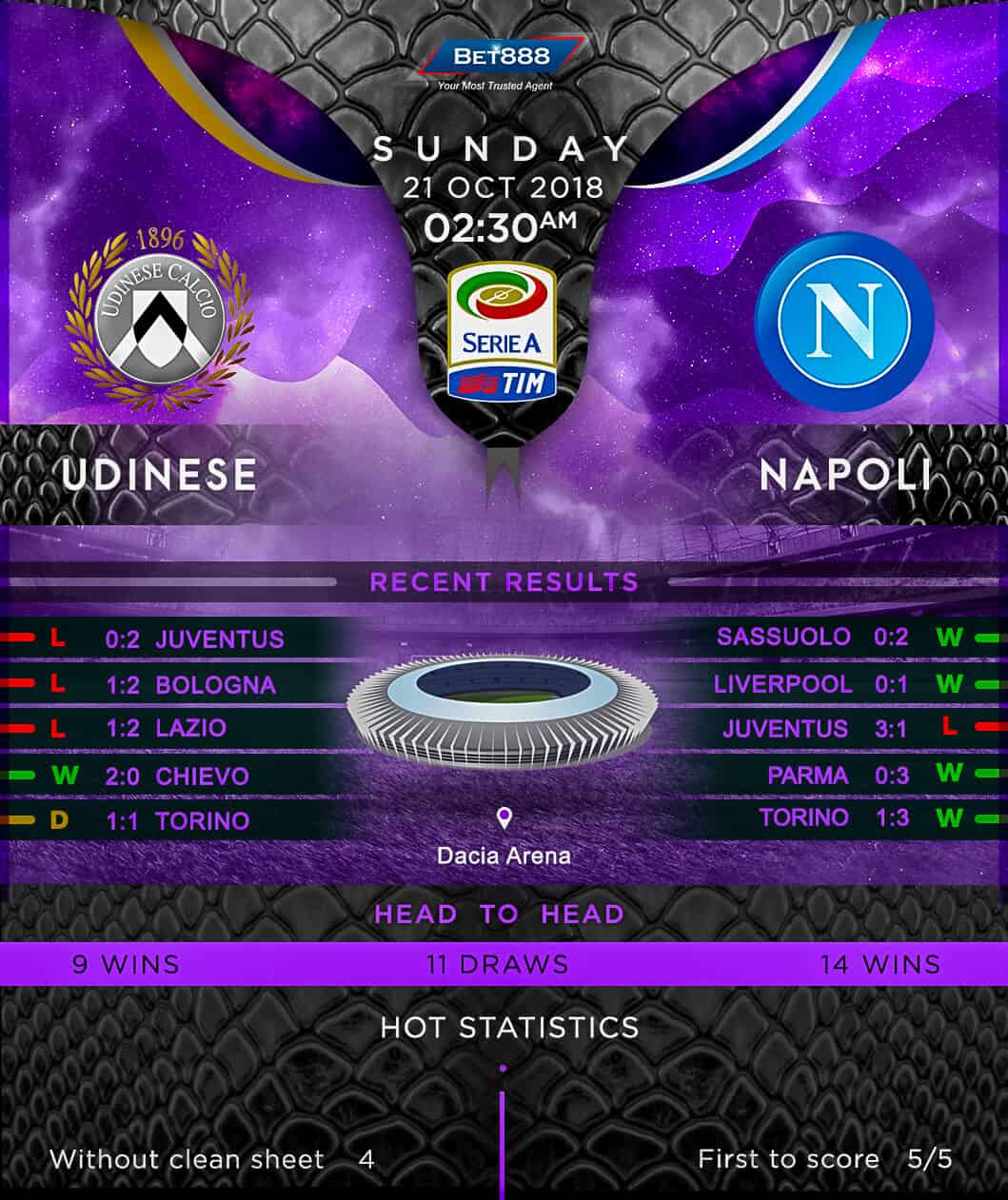