At the Dacia Arena in Udine, Udinese will host Lazio, seeking the first victory over the capital-based outfit since 2014.

It seems the FriulianWhite-blacks have learned their lesson from the last year where they barely dodged the relegation, as they now look to capitalize on an encouraging start. After a 2-2 draw with Parma on the road, the Little Zebras have defeated Sampdoria 1-0 at home and Chievo Verona by two goals to nil at the Stadio Marc’Antonio Bentegodi, while playing out a 1-1 draw with Torino. The only team to defeat Udinese this season were Fiorentina, who clinched a 1-0 triumph thanks to the 73rd-minute goal from Benassi.

On the other hand, the Biancocelesti have started the Serie A campaign off on the wrong foot, suffering two straight defeats, to Napoli and Juventus, conceding four goals in the process. However, Simone Inzaghi has managed to gear up his side that now have three consecutive league victories after outplaying Frosinone, Empoli, and Genoa. In those three matches, the Eagles have conceded only one goal, while scoring six times in the process.

Julio Velazquez won’t be able to count on Badu and Svante Ingelsson as both are struggling with injuries. As for the visitors, Stefan Radu, Luiz Felipe Ramos, Valon Berisha, and Jordan Lukaku won’t be playing due to various physical problems. 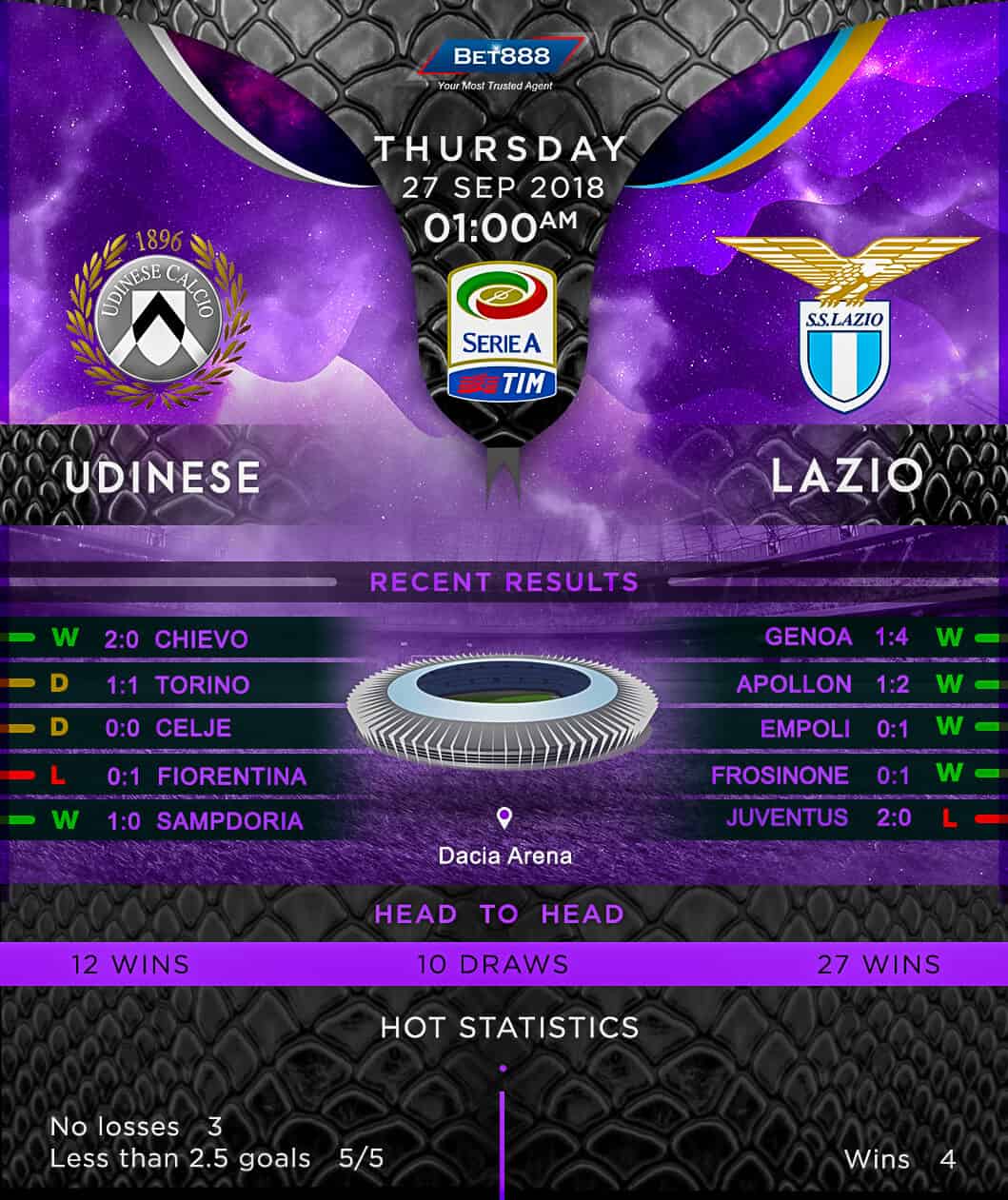