The only European top-five league side to achieve all wins so far this season set to travel to the Dacia Arena, as Juventus look to take on Udinese.

After barely avoiding relegation last season, the Friulian White-blacks have started the new Serie A campaign off on the wrong foot, as they already suffered three defeats in the opening seven league fixtures. In addition to a 1-0 loss to Fiorentina, the Udine-based side registered two straight failures last week, losing to Lazio and Bologna. Apart from two unconvincing victories over Sampdoria and Chievo Verona, the Little Zebras played out two league draws with Parma and Torino, which currently place them at 14th place, 3 points away from the danger zone.

The Bianconeri, on the other hand, seems to be unstoppable on all fronts this year, with Young Boys emerged as their last victim, having been swept aside by the Serie A holders with a 3-0 defeat in the Champions League. The Turin-based giants have won all four away games since the start of the season, including the one against Valencia on the Champions League opening matchday. However, the defending champions failed to keep a clean sheet in two out of three away meetings in the league, conceding two goals to Chievo Verona in the process.

Julio Velazquez won’t have Svante Ingelsson, Andrija Balic, and Agyemang-Badu at his disposal as all are struggling with injuries. Meanwhile, Max Allegri won’t be able to count on Leonardo Spinazzola, Mattia De Sciglio, and Douglas Costa. 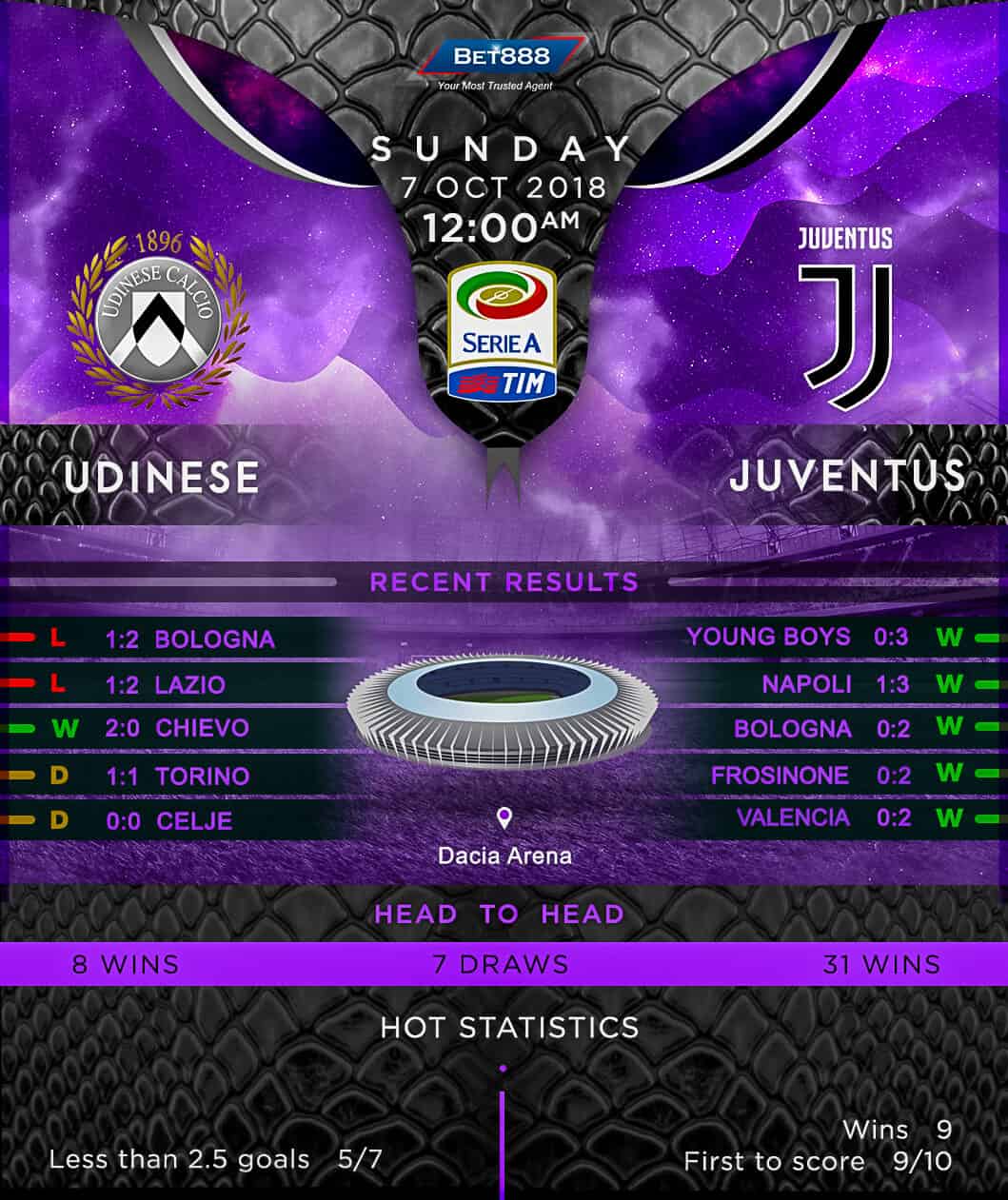