In addition to Belgium, England is the second top favorite to advance to the knockout stage from Group G that also contains Tunisia and Panama alongside those mentioned, as the Three Lions looking to take on the Eagles of Carthage at the Volgograd Arena in their opening World Cup match. Tunisia qualified for the final tournament after finishing top of the CAF qualifying Group A without a single loss, and a +7 goal difference, while England topped the UEFA qualifying Group F with eight wins and two draws, and a +15 goal difference. Gareth Southgate’s team was involved in six World Cup warm-up matches, facing off against just one African side, Nigeria, whom they have defeated by two goals to one, but the overall impression was far from positive, as England scored a total of two goals in four matches prior that victory over the Super Eagles. As for Tunisia, they’ve played five matches this year as part of their preparation for the final tournament, with only Spain managed to beat them during the process.

Tottenham Hotspur duo, Harry Kane and Dele Alli should spearhead England’s attack, with Jordan Henderson and Eric Dier expected to hold down the midfield. On the other hand, three players from the French Ligue 1, including Wahbi Khazri, Ellyes Skhiri, and Naim Sliti should be the ones to create Tunisian offensive movements. 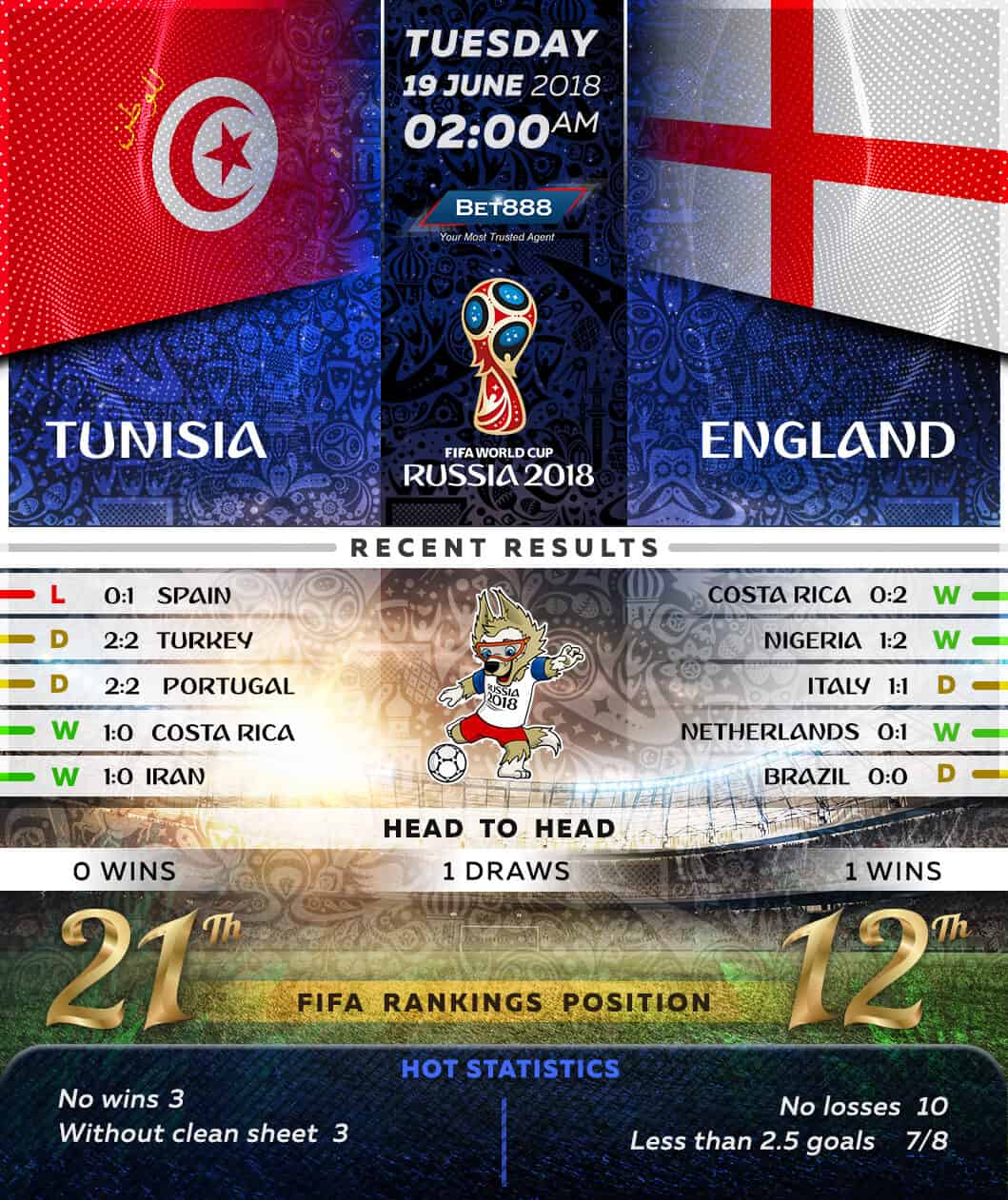