Al Janoub Stadium is the venue as the 2022 World Cup Group D rank outsiders Tunisia and Australia face each other in a must-win clash.

Tunisia’s rock-solid defensive resolve kept Euro 2022 semi-finalists Denmark to a goalless draw on day one, keeping the CAF nation’s faint hopes of making it out of the World Cup group stages for the first time alive. Taking Tunisia’s 2-1 win over Panama in their final 2018 tournament fixture into the equation, the ‘Eagles of Carthage’ have gone unbeaten in back-to-back World Cup games for the first time in history. However, some kind of dark sorcery has seen them suffer defeat in four of their five World Cup games staged on matchday two, except for a 1-1 draw with Belgium in 2002. That doesn’t bode well for Tunisia’s quest to improve their underwhelming World Cup record since 1998 (W1, D4, L8) and make a potentially decisive step toward reaching the knockout rounds.

In the meantime, Australia took an unexpected early lead in their curtain-raising Group D fixture against reigning world champions France, only to find themselves on the receiving end of a 4-1 scoreline at full-time. As a result, the Australians have now lost six of their last seven World Cup matches (D1), conceding an alarming 18 goals during that sequence. Indeed, the ‘Socceroos‘ have found it almost impossible to stay defensively resilient at the World Cup finals, having managed just one clean sheet in their 17 all-time games at the tournament. If the humiliating defeat at the hands of France was a sign of things to come, Graham Arnold’s men could lose their opening two games of a World Cup campaign for the third time. 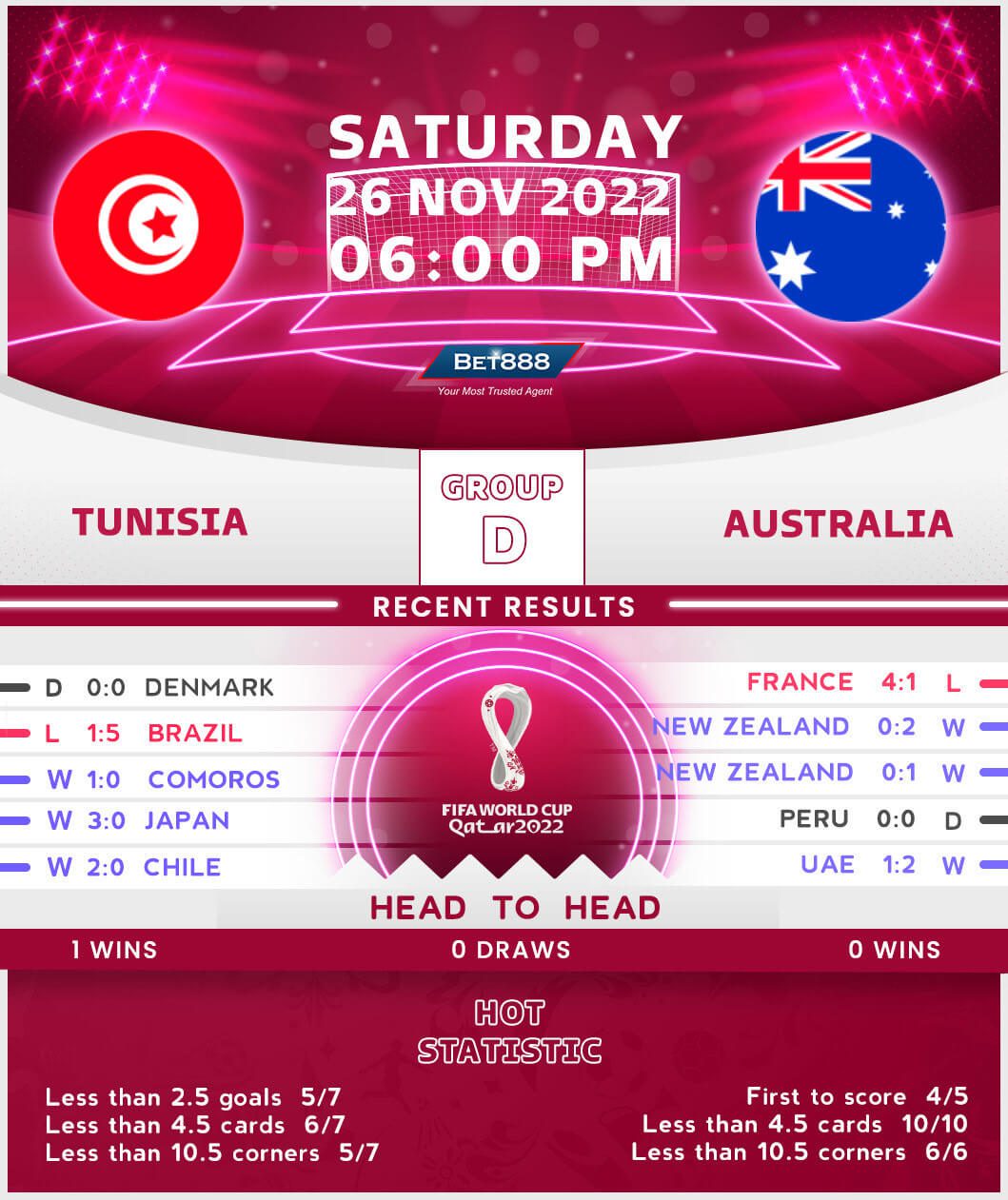