Thanks to a 1-1 draw with Montpellier last weekend, Troyes’ chances of avoiding the Ligue 1 relegation have dropped notably, as they currently have 4 points less than Caen, who are sitting above the danger zone, with one match left to play in this campaign. Jean-Louis Garcia’s team are set to host AS Monaco at the Stade de l’Aube out of form, considering they’ve lost three out of previous five league games, and looking at their performance over the last couple of months, they would hardly get any points against the Monégasques, who desperately need all three points to secure the Champions League promotion. The Red and Whites have managed to achieve two consecutive victories after three straight games without a win, as they currently have a 4-point lead over fourth-placed Marseille. Although the principality club have failed to demonstrate desirable displays over the last couple of weeks, especially against Guingamp and Amiens, they are still huge favorites ahead of this encounter. However, Troyes will fight tooth and nails to grab a victory, hoping Toulouse might drop some points against Guingamp, which might open them a way to the playoff.

Tristan Dingome, who has sustained a knee injury won’t be available for the game, while Adama Traore, Balde Keita, Stevan Jovetic, Jorge, and Diego Benaglio are all struggling with physical problems in the visiting squad and will probably remain in the Principality. 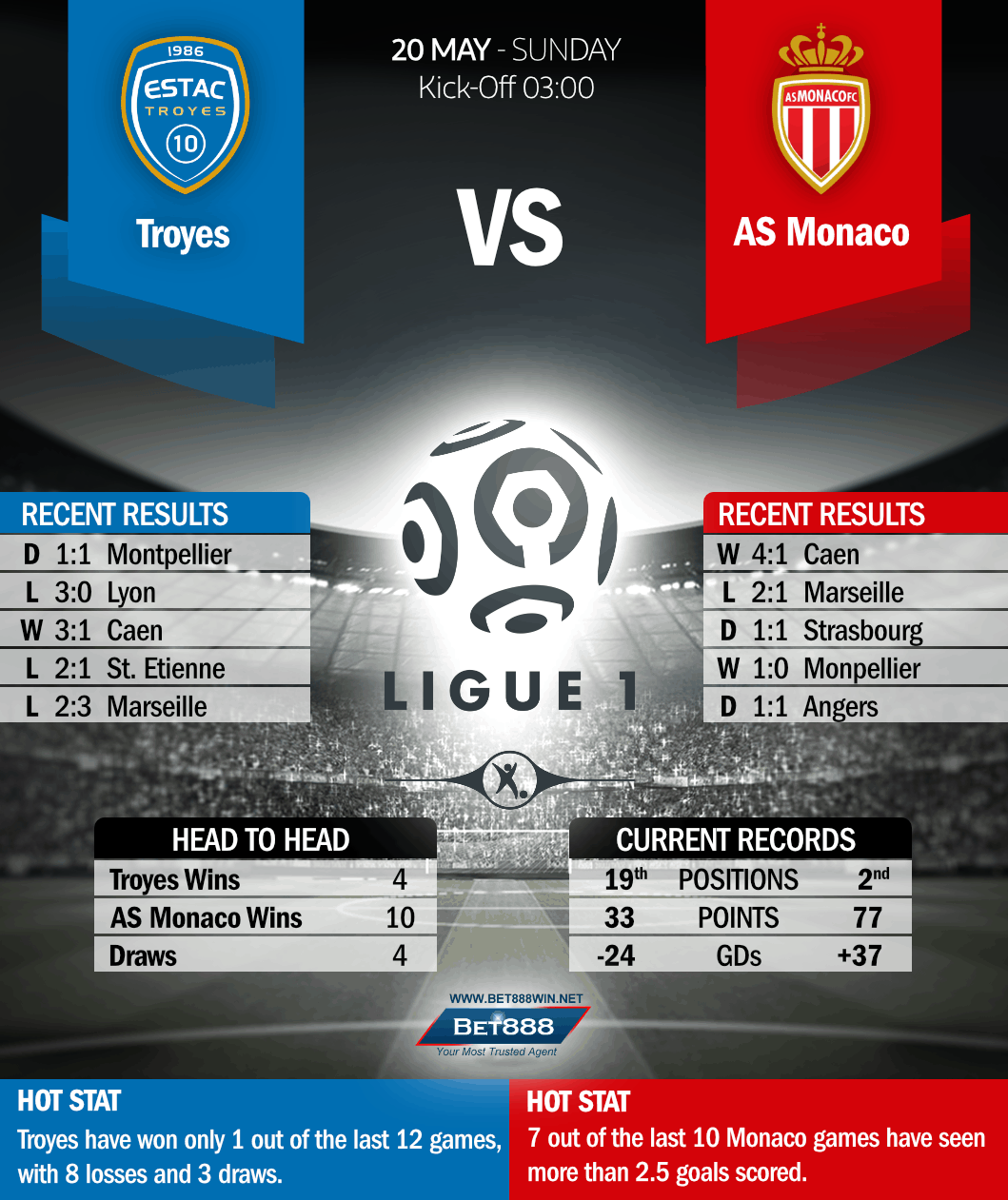