Medical Park Stadium is the venue as Trabzonspor and Copenhagen go head-to-head in the return leg of their keenly-contested Champions League playoff tie.

After breaking a 38-year title drought in the Turkish Super Lig, Trabzon could qualify for the Champions League group stages for the first time since 2011/12 if they can overturn a 2-1 first-leg deficit from Denmark. Playing on a continental level has proved challenging for the Turks of late, with the abovementioned reverse in Copenhagen making it nine defeats across their last 12 European fixtures (W1, D2). An embarrassing 5-2 loss at Antalyaspor at the weekend gives Trabzon no time to recalibrate their Champions League hopes. In fact, three of those five goals they conceded arrived in the last ten minutes, casting doubt on their ability to perform late in the game. That’s not encouraging, as they’ve failed to keep a clean sheet beyond the 70th minute in four of their last five matches in European football.

In the meantime, Copenhagen have laid the foundation for their first Champions League group stage appearance since 2016/17 with the first-leg win at home. The Danes followed up their continental success with a thumping 3-0 away win over Lyngby in domestic action, marking the fifth time across their last six competitive matches that they scored at least two goals. Another similar performance should seal the deal for the visitors, yet after netting just three times in their last four Champions League away games, there’s a fair dose of fear among the visiting supporters. That said, Jess Thorup’s men have averaged an impressive 2.8 goals per game across their last eight European travels, suggesting their scoring drought in the Champions League could come to an end. 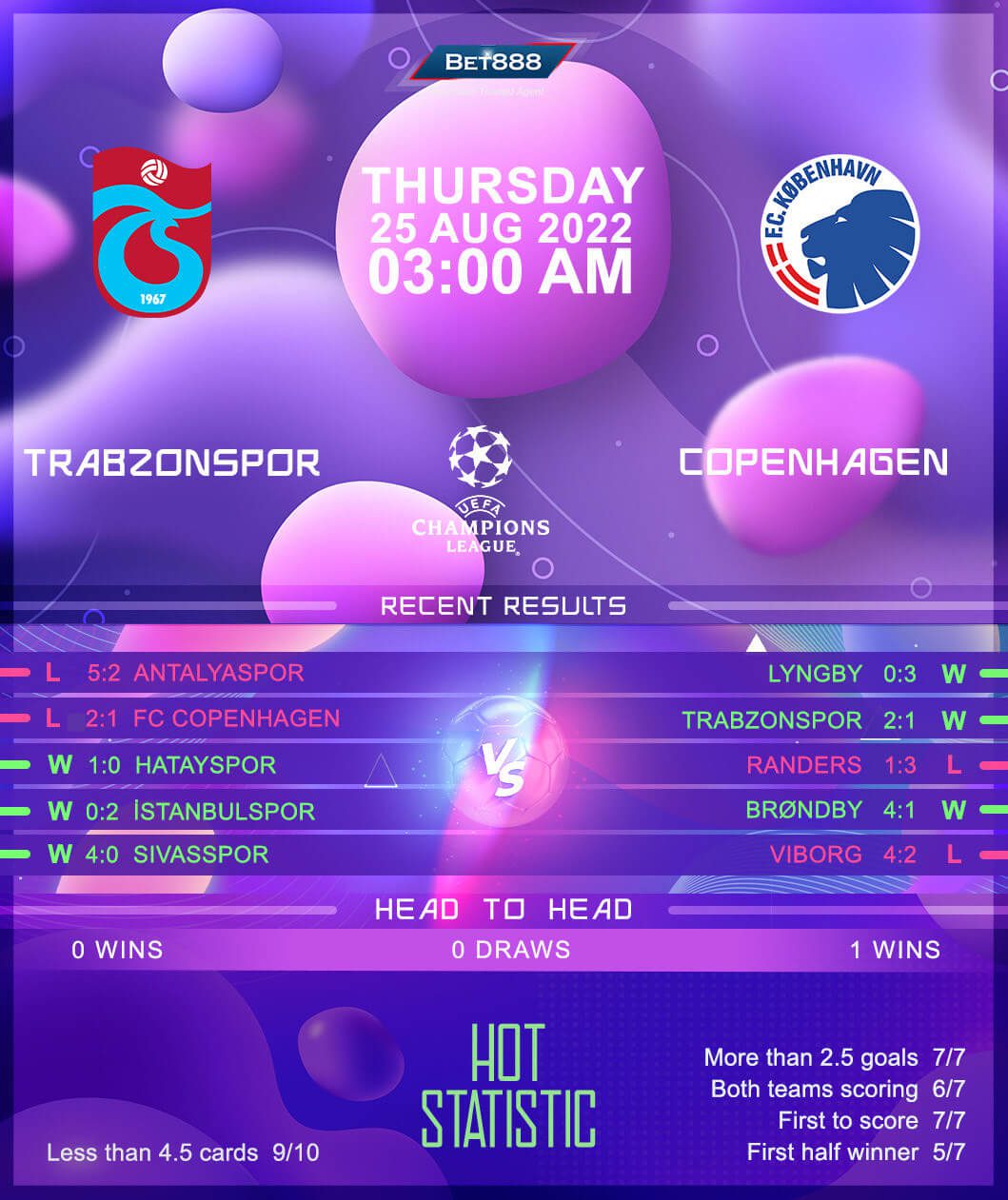