Two sides with entirely different goals in their mind are set to face each other at the Wembley this Saturday when Tottenham Hotspur host Huddersfield Town. The Spurs are battling their way to the Champions League qualification with Chelsea, Liverpool, and Arsenal, and this is a kind of game they have to win without much trouble. The North London team is looking to extend their impressive home-record since they have won nine out of their last ten home games in all competitions, conceding only four times in the process. Hugo Lloris has managed to keep a clean sheet five times in a row at Wembley, and considering the Terriers attacking issues, he will likely prolong his successive spell. Although they have lost three out of their previous five away matches in the EPL, Huddersfield are currently three points above the relegation zone, and getting one point against one of the best teams in the league could make all the difference for them.

Serge Aurier is unavailable for the home side due to suspension. On the other hand, David Wagner has a few players injured within his respective squad, with Jon Gorenc-Stankovic, Elias Kachunga, Aaron Mooy, and Sean Scannell all set to miss the game. 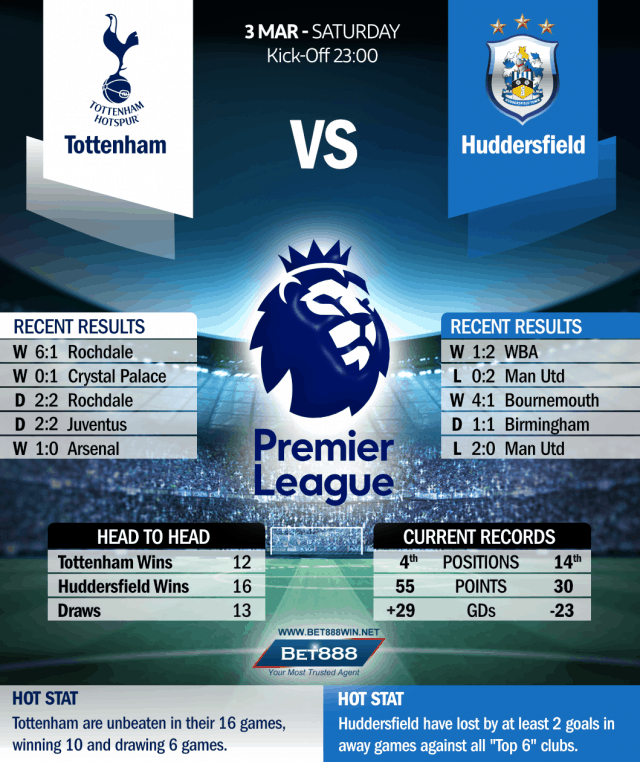