Tottenham are enjoying their longest unbeaten streak against Everton with five wins and five draws apiece. It is their longest such run against the Toffees since a 13-match streak between 1997 and 2003.

After an encouraging start, Sam Allardyce’s honeymoon with the Merseyside club is officially over. They will be hoping to win their first match in five as they head to Wembley.
However, they can’t quite seal the deal away from home, gaining only eight points from a possible 27, the lowest ratio in the competition.

The spotlight will undoubtedly be on Everton’s new 27m pounds signing Cenk Tosun, whose 20 league goals for Besiktas last season helped the Turkish giants retain their league title.
But Harry Kane will be eager to show who is boss on the Wembley turf. The Englishman has scored a brace in each of his last two EPL appearances against Everton. Only six players have ever scored two or more goals in three consecutive appearances against a specific opponent.
Playing off the shoulder of Kane is Son Heung-min, who is on the brink of matching a brilliant record set by the great Jermain Defoe. The Korean has scored in four straight home EPL matches and need one more of that order to go level with Defoe. 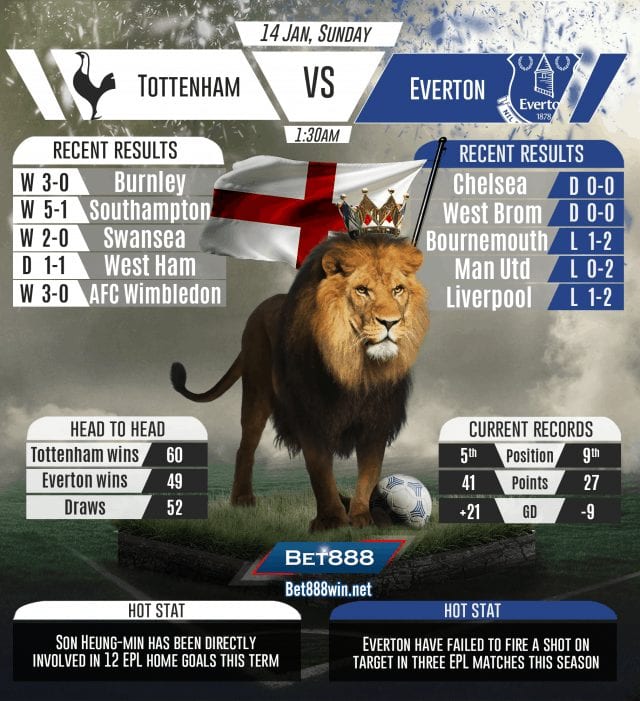