After navigating mid-table Tottenham to an unexpected top-four Premier League finish last term, manager Antonio Conte has put his stamp on the squad he inherited from Nuno Espirito Santo in November 2021. In order to compete higher up the Premier League table next season, ‘Spurs’ have completed the signings of Yves Bissouma, Ivan Perisic, Clement Lenglet and Richralison this summer. More importantly, the Londoners have yet to lose a single pre-season fixture. After a 6-3 thumping of the K-League All-Stars in their opening summer friendly, they shared the spoils with Sevilla in an uneventful 1-1 draw. Yet, they head into proceedings on the back of a come-from-behind 2-1 triumph over last season’s beaten Europa League finalists Rangers.

In the meantime, Roma strung together a brace of 2-0 victories to start their pre-season preparations with a bang following last season’s historic Europa Conference League success. However, Jose Mourinho’s men have since seemingly run out of steam, going winless in three consecutive exhibition matches in the build-up to this encounter (D1, L2). Roma’s underwhelming spell of form is unlikely to hinder Mourinho’s desire to settle the score with Tottenham, who sacked him after just over a year in charge back in 2021. Regardless of the outcome, this should be an action-packed contest in Israel, as both previous summer H2Hs between Tottenham and Roma have seen 4+ goals and both teams scoring (W1, L1). 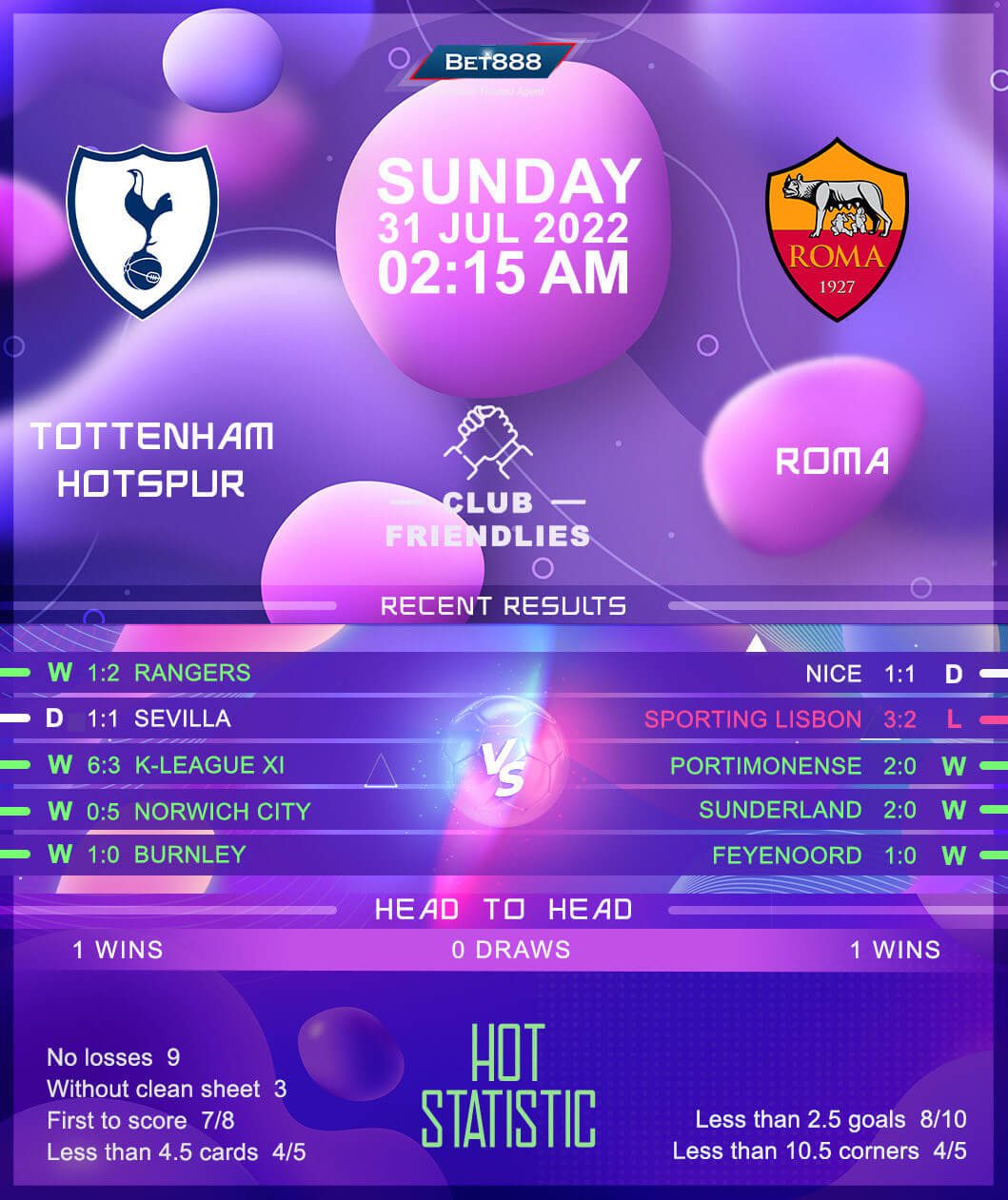