Although they’ve been playing at a high pace for the majority of the season, Tottenham Hotspur have compromised their chances of securing Champions League football thanks to a couple of unconvincing performances over the last couple of weeks, letting Chelsea close the gap to just two points. The Spurs have to beat Newcastle United at the Wembley Stadium now to clear the path to the most prestigious club competition in Europe, especially after losing 1-0 to WBA on the road last weekend. As for the Magpies, they’ve lost three consecutive league games to Watford, WBA, and Everton, scoring just one goal in the process, but Rafael Benítez can be happy his side will be playing in the Premier League for another year. Mauricio Pochettino’s team have won four out of their previous five matches at home, losing only to Manchester City, while Newcastle lost three out of last five encounters on the road, and the London giants must take advantage of the visitors’ troubles and grab all three points to keep their hopes of securing the Champions League promotion alive.

Only Harry Winks will remain on the sidelines for the hosts, while Jesús Gámez and Christian Atsu have to skip the match due to injuries. 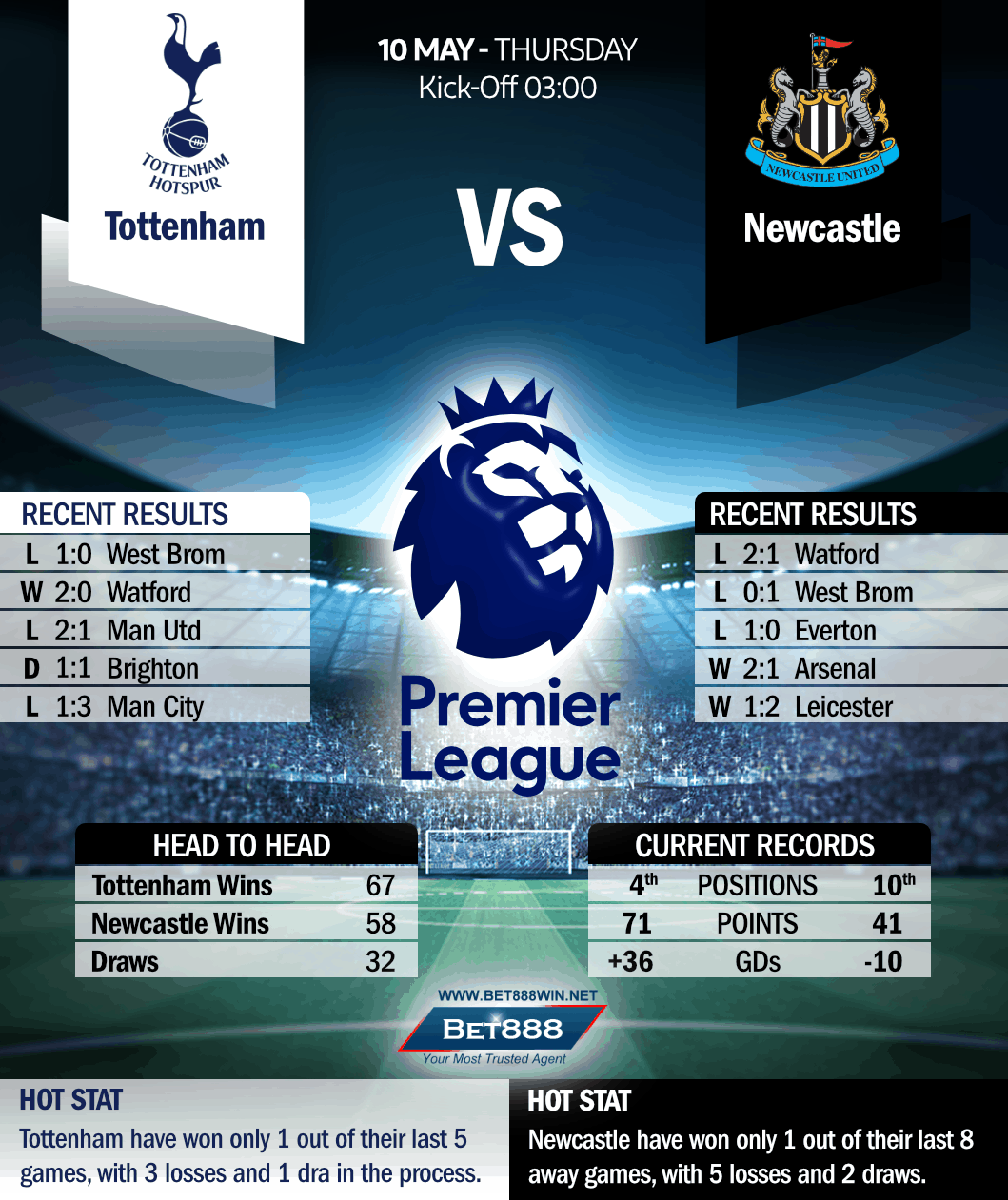