After suffering a 2-1 defeat to Watford on the road, just before the international break, Tottenham Hotspur will host Liverpool at the Wembley Stadium looking to return to winning ways in the effort to keep up the pace with Manchester City and Chelsea.

Before dropping three points against the Hornets, the Spurs have achieved three straight victories in the Premier League, defeating Newcastle United, Fulham, and Manchester United in the process. Despite playing four league matches so far, the game against the Reds will be Tottenham’s second at home after a comfortable 3-1 triumph over the Cottagers. So far, Mauricio Pochettino’s players scored nine and conceded four goals, as they’ve only managed to keep a clean sheet against the Red Devils at the Old Trafford.

On the other hand, the Merseysiders will arrive in London hoping to extend an impressive 4-game winning streak in the Premier League although in the past three years they had troubles playing against the Spurs on the road. West Ham United were outclassed in the opening league match by Jurgen Klopp’s side, who then defeated Crystal Palace and Leicester City away from Anfield by scoring four and conceding one goal in the process.

The Dutch striker Vincent Janssen will remain on the stands due to a foot injury, while Alex Oxlade-Chamberlain won’t be able to help his teammates after suffering a cruciate ligament injury. 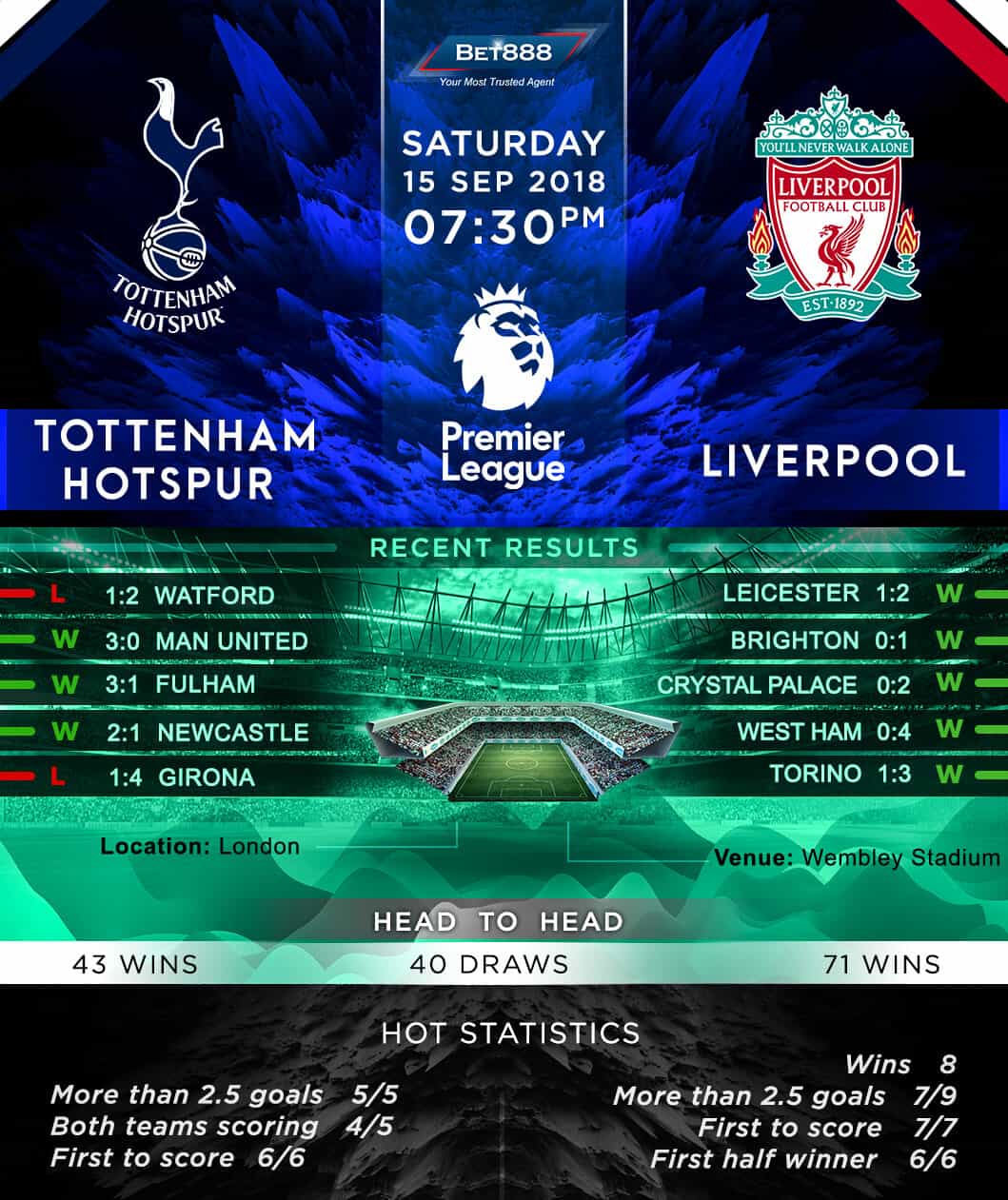